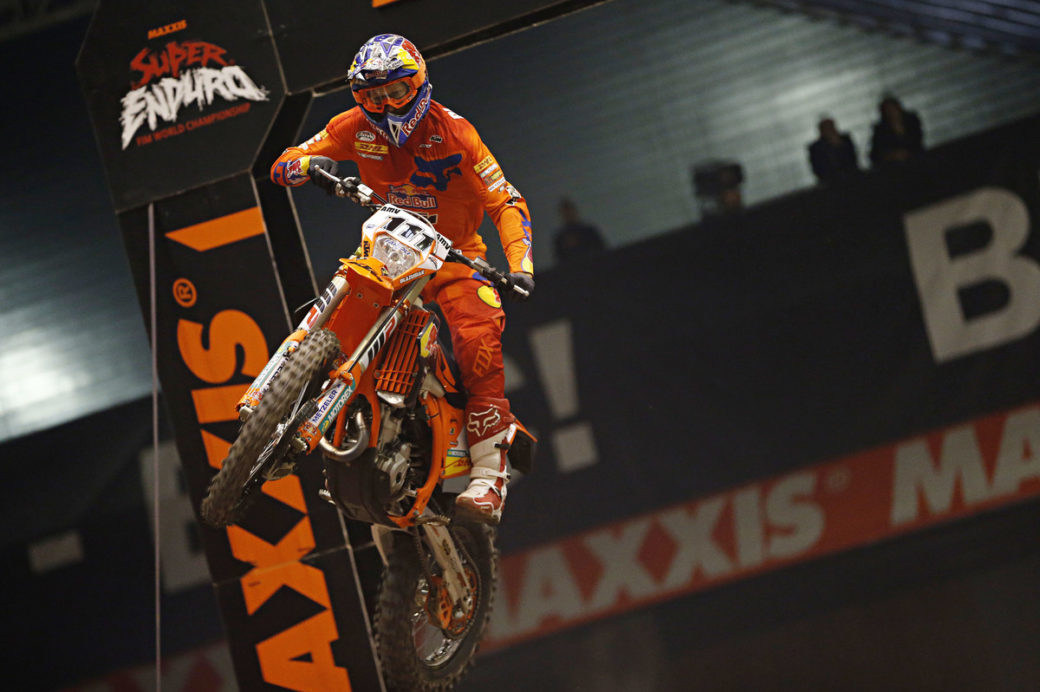 With the battle for title honours heating up, the penultimate round of the series in Bilbao delivered another night of action-packed SuperEnduro racing. Webb and Blazusiak won all three finals between them, while Walker topped the Akrapovic SuperPole hot lap.

Following on from his heavy crash last time out in Malaga, Blazusiak knew he needed to fight back in order to keep his chances of winning a record-breaking seventh world crown alive. Staying out of trouble during the opening two finals, Blazusiak pushed Webb hard only to finish second each time out. 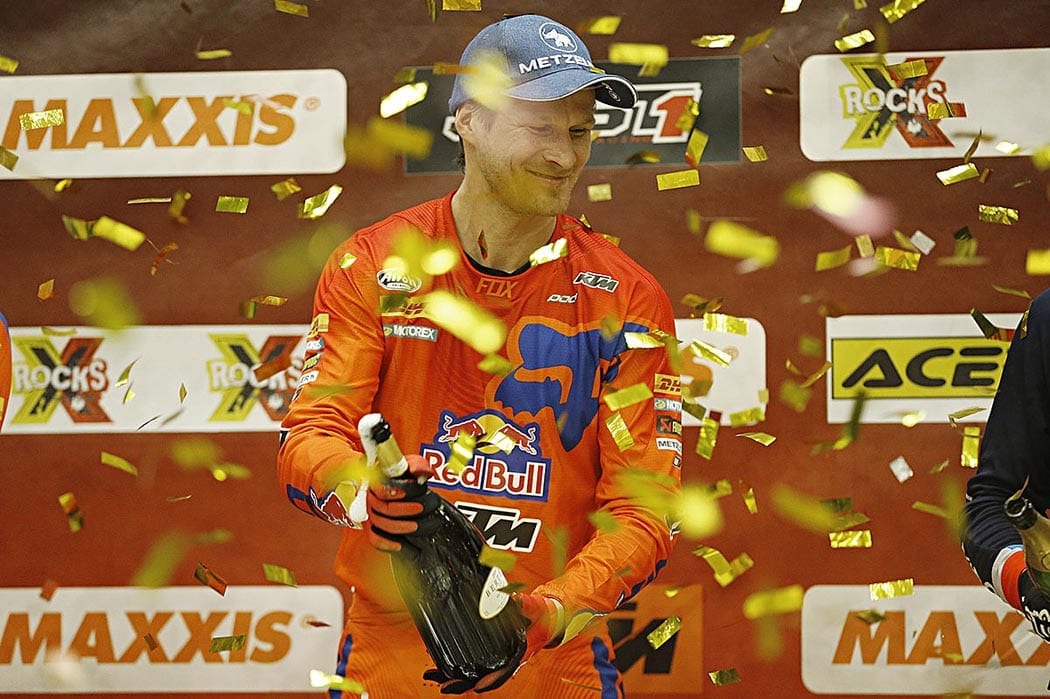 Saving his best for last, Taddy was hot out of the starting gate in final three. Quickly opening up a sizeable advantage, he controlled the race from the front and rode home for a convincing win. With it he secured the top step of the podium. His victory reduces his deficit in the championship standings to just 17 points ahead of the final round in Sweden remaining.

Taddy Blazusiak said: “Things went well and I’m super happy with the overall outcome tonight. It feels great to get another overall victory on the board. To be honest coming into Bilbao I wasn’t feeling too great because I’m still carrying some niggling injuries from my crash last time out in Malaga.

“I wasn’t able to ride and train as much as I would have normally done. I rode steady in the first two races trying to find my rhythm and confidence again. I got a great start in the final race and knew it was my chance to strike.

“I gave it everything I had and came away with the victory. Overall, it’s been a good night and I’ve closed the gap to Cody to 17 points. I’ve got three races left to make it happen so I’m just going to make the best of what I can.”