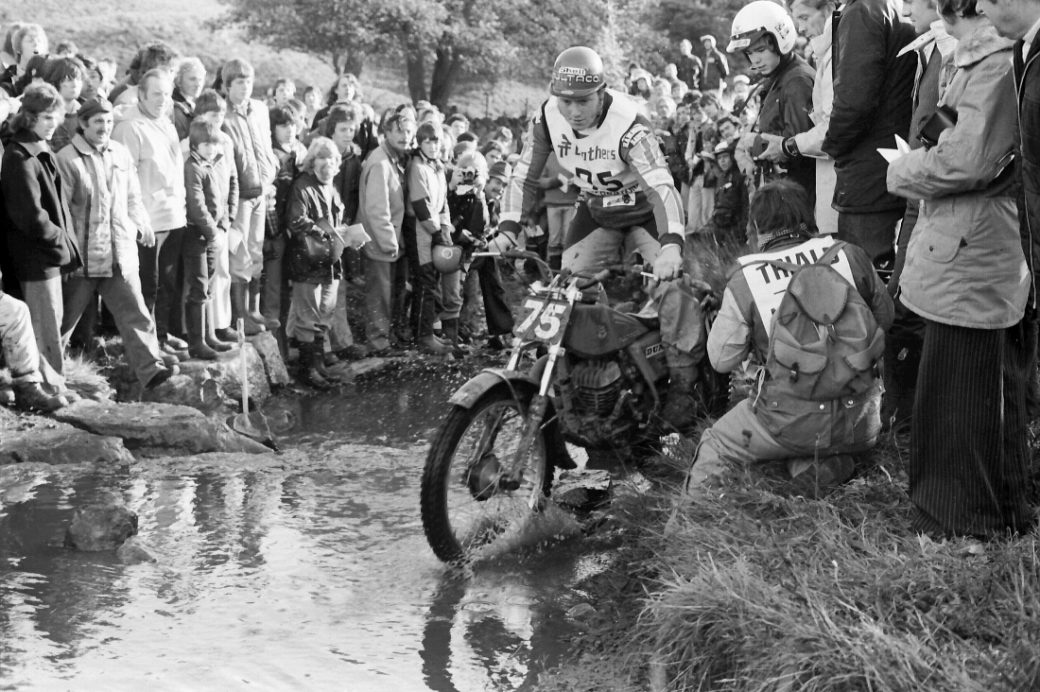 Harold Martin Lampkin, the first ever FIM Trial World Champion, lost his brave battle with cancer on April 2. He was 65.

Mart was a true off-road sporting icon who competed in scrambles, grass-track and even speedway but it was in the world of trials where he excelled.

He won his first British title in 1973, the same year he was crowned European champion. When the European series was upgraded to world championship status in 1975 Mart fought a fierce battle for supremacy with Yrjo Vesterinen and Malcolm Rathmell before emerging victorious.

His death was announced in a press release sent out on behalf of his family.

‘It is with deep regret that we inform you of the sad passing of Harold Martin Lampkin, better known as Martin Lampkin, who lost his cruel year long plus battle with cancer earlier today at the age of sixty-five. [He] passed away peacefully surrounded by his immediate family near to his hometown of Silsden, Yorkshire.

‘Our thoughts and condolences are with his wife Isobel, his sons Dougie and Harry and other members of the Lampkin family, plus all his many friends motorcycling and otherwise at this sad time.’

Among the many tributes to Mart, this was posted on Vesty’s Facebook page.

‘Words cannot describe the sadness I feel towards the loss of my dear friend, fellow competitor and team-mate. I would like to pass my sincere condolences to Isobel, Dougie and Harry. RIP Martin.’