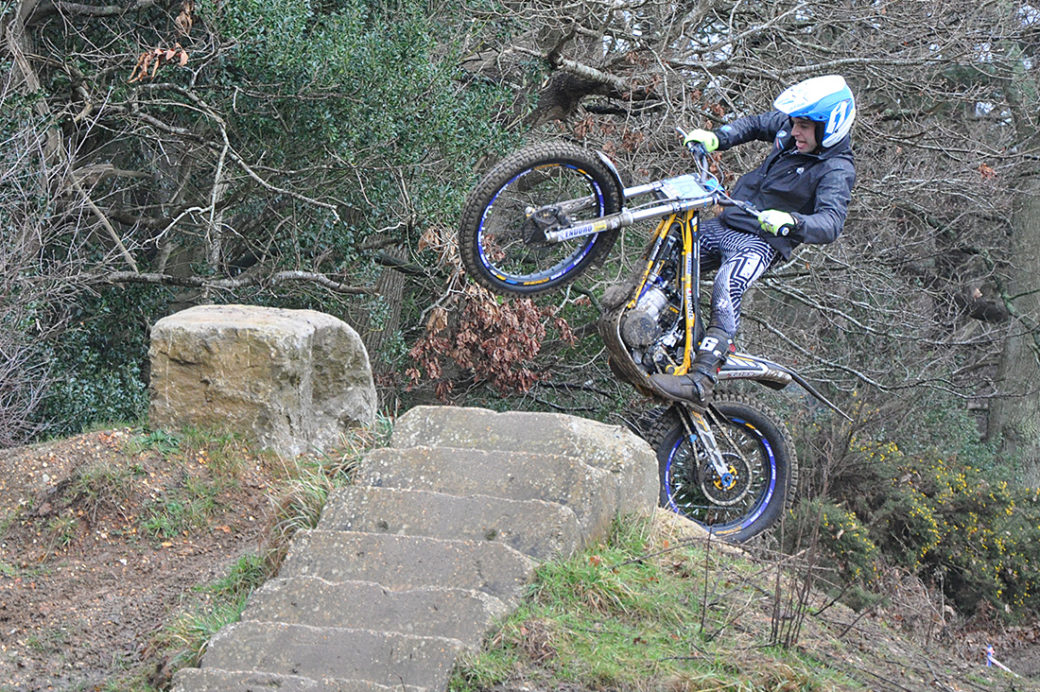 Waterside JMCC held their first championship round at Harrow Wood Farm in the New Forest and last year’s champion Tom Copp looked to have an easy ride in a small Expert field missing several key rivals.

However, Montesa-mounted John Frampton had other ideas with two very strong laps to lead into the third one.

Copp had consecutive ‘slack’ fives through the mud and over the slippery logs of section seven to trail by two.

On the third lap Copp, on his Sherco, cleaned section seven and pulled back the two points to go in all square.

On the final lap, Frampton lost concentration to record his worse lap with seven, while Copp held his nerve to take the round by six. James Grist finished third.

In the Intermediates Mark Owen rode superbly on his Gas Gas to finish six ahead of Lee Wiggins and Richard Fry.

Steve Bryant had an uncharacteristic off day, including a spectacular five off of the logs in section two, while Luke Freeman, stepping up a class, improved during the day to only take 11 on the last lap.

Neil Marsh and son Matt made a successful return to trials after a seven-year gap in the competitive Novices.

In the Over 40s Mark Shipp was really impressive dropping down a class to clean the course.

Mark Parry Norton took the 50/50 Novice on his Ossa and Oli Gray was alone in the Youth Novices but only lost four marks which would have won him the adult class by some distance.

There was some interesting classic machinery on show: Ringwood Club’s Kev Downer on his Fantic lost just one mark to take the Twin-shock C from John Miles’ BSA Bantam and Jason Gates’ TLR Honda.

On his BSA Steve Wagstaff was one of five riders to clean in the Beginners class.

The strong youth section saw victories for Callum Wood in the 50/50 Beginners, Harvey Wilkinson and Callum Lucas in the Beginners and Max Gray on the Electric Route.