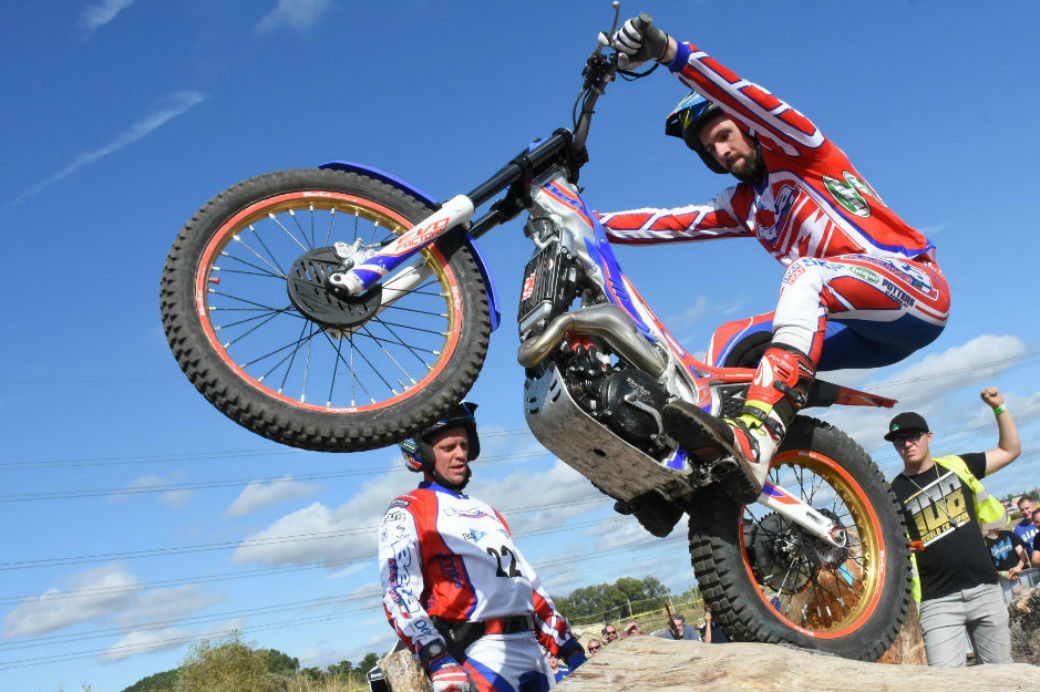 In our house if I’ve lost something I can pretty much guarantee that the missus will have tidied it up into one of three places – ‘the side’, ‘the kitchen side next to your award’ or ‘I thought you didn’t want that so I threw it away’.

The award refers to the FIM Journalist of the Year trophy type thing – it kinda looks like a pizza plate stood against a rickety steel frame if I’m honest – I didn’t receive in 2008 when I couldn’t find the budget to actually attend the glittering awards ceremony in Monaco. Instead, I got it handed to me at a British motocross grand prix a couple of years later where Youthstream’s Marionna Leiva broke it as she handed it over. D’oh!

Still, it kinda sits together as it should and ultimately hides a big old crack in the kitchen window from when some ill-conceived DIY operation involving ladders and loose masonry went awry.

As well as hiding my lack of forethought – I really should have shut the window first – and lack of urgency in replacing said double-glazed unit, the award also serves as a reminder of what’s gone before and quite often shocks me into thinking I can’t believe that was X number of years ago.

So while I’m not too hung up on the award itself, or the fact that I won it, I enjoy the poke it gives me to think about a season I spent on the GP trail working alongside legendary Geordie – and half-decent photographer – Ray Archer who would need a million and one DIY disasters to happen if he were to hide each one with his own collection of FIM awards.

On the subject of awards – hey, we got there in the end – I’m really proud to announce that TMX is gonna be dishing out some of its own this autumn as the TMX Awards in association with Bridgestone comes to fruition. This is just a wee heads-up as we’ll be going big with this next week and announcing nominations and opening up the vote to you guys – our loyal readers.

As an added bonus all voters (who fill in the forms correctly and tick the correct GDPR compliancy boxes and all that – snore) will be entered into a draw to become the TMX Reader of the Year. Whoever that is will basically receive the same trophy as the 12 other award winners and also be featured in the TMX Annual. Cool huh?

We’ll also be inviting readers to nominate an Unsung Hero of the Year – you can do this using the form or online at www.tmxnews.co.uk – which could be anyone involved with the sport who perhaps doesn’t get the recognition they deserve. A panel of expert judges will then verify and check the nominations before deciding on who that deserving winner should be. The same team will also decide on who the Lifetime Achievement Award should be, erm, awarded to too. Go team!

So all in all that’s 13 awards we’ll be serving out at the International Dirt Bike Show with the majority decided by you. I’m actually quite excited to see which way the vote goes – especially in the mixed discipline categories – so bring it on…