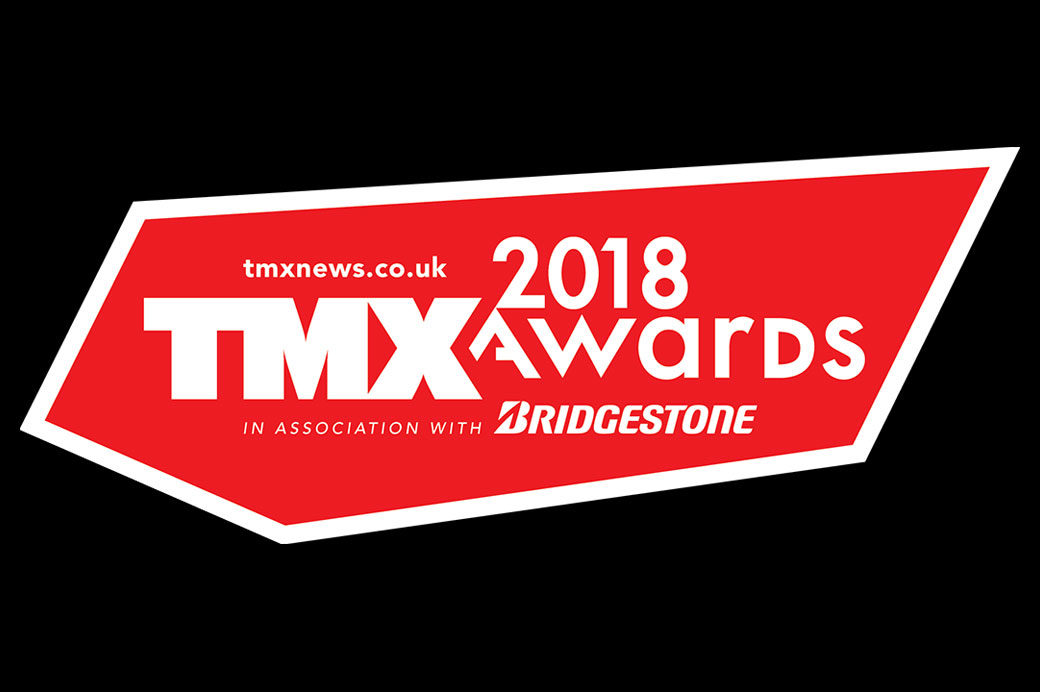 It’s been an epic year in the off-road universe with Toni Bou breaking records, Jeffrey Herlings breaking Tony Cairoli, David Knight breaking bones and the grind of producing TMX on a weekly basis breaking pretty much everyone who works here – boom-tish!

But there’s one thing an incredible workload can’t break and that’s our spirits and to celebrate this fact we want to celebrate the athletes, events, bikes and bits and bobs that make every moment we tirelessly work here at TMX Towers absolutely magic!

To do this we’ve collectively decided to hook up with Mark Fereday and the gang at the UK office of an international tyre brand that starts with the letter B to present to you the TMX Awards in association with Bridgestone in an all-out effort to celebrate the best of this year’s bunch and give ’em a good old TMX-style tip of the hat.

A baker’s dirty dozen of these prestigious awards will be dished out at the International Dirt Bike Show but before we do that we need your help in deciding who deserves what. To help you out somewhat our handpicked panel of off-road nuts have got together over a steaming hot mug of tea (yep, we shared just the one – office cutbacks and stuff) and argued who the nominees should be in the following categories.

But there are three more awards that we’d like to give out as well. The first of these will require your help as we want you to nominate someone worthy to become our Unsung Hero of the Year by filling in the coupon in TMX or by filling in the online form here.

We’ll need to know the person’s name and your reasons why you think this person deserves to be recognised in the world’s leading off-road weekly. When we’ve amassed a list of nominees we’ll get our expert panel back together and lock them in a room until they all agree on who should win the award. This might be an amateur champion, event official, club worker, super fan or someone who just keeps plugging away in the sport they love without much success.

And before our panel goes home for the night we’ll also make them decide who’s worthy of picking up the Lifetime Achievement Award – this will go to a man or woman who has left an indelible mark on off-road sport or the industry that surrounds it.

The 13th and perhaps most important award of all – that of TMX Reader of the Year – will be decided a little more randomly.

Everyone who fully fills in the voting form, answers the oh-so easy question and then leaves their contact details will be entered into a draw with one lucky reader taking the title of TMX Reader of the Year and featuring in the TMX Annual along with all the other winners.

Over the coming weeks readers will have three chances to vote/enter themselves to be Reader of the Year but remember that only official forms clipped from the paper will be counted towards deciding the outcome of the awards. The closing date for all forms to arrive at TMX Towers is high noon on September 19 – any forms received after then will be instantly shredded, then recycled…

Man of the Year

Woman of the Year

Promoter of the Year

Bike of the Year

Product of the Year