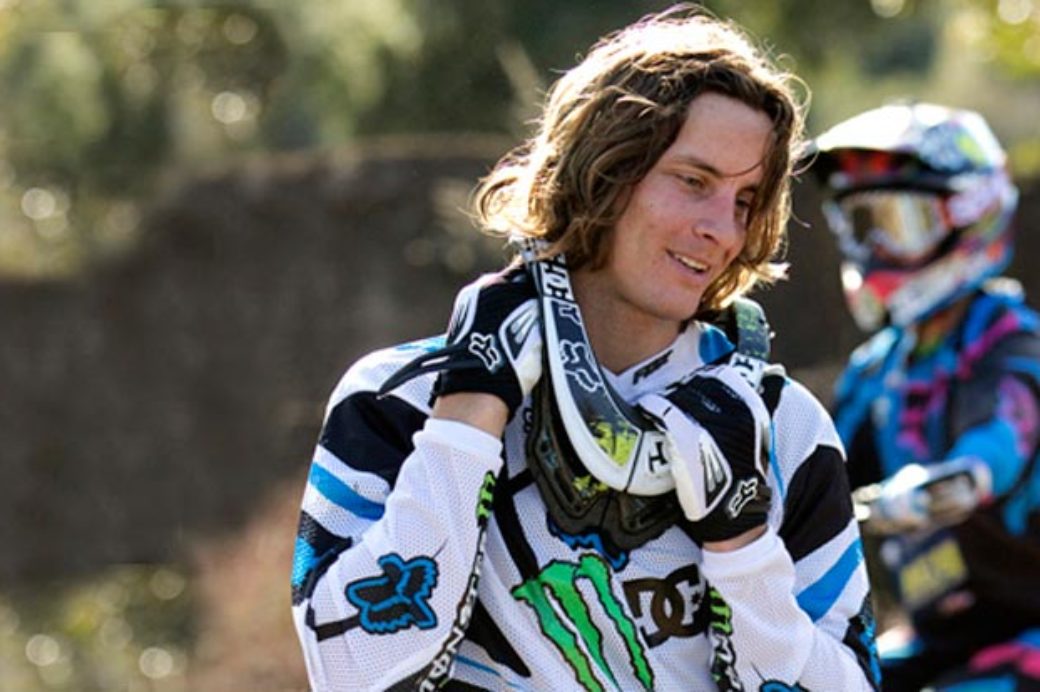 When his father, a former Scandinavian MX champion, bought him a PW50 for his fourth birthday it set him on the road to dirt bike superstardom although initially he started out as an ambitious and talented young motocross racer. But neck injuries sustained in a big crash at the ’98 Junior World Championship caused migraines which left him unable to race.

Frustrated at not being able to turn full-length motos he got his MX fix by play-riding and the rest, as they say, is history!

An FMX rider for over a decade, we caught up with the 30-year-old Spanish-based star as he celebrated Christmas and the New Year at the family home in Vågå…

AX: Like many top FMX riders you started out racing – why did you make the switch to ramps? AV: “I had to stop riding MX for a while because I was struggling with migraine. But the play-riding like FMX did not trigger the migraine. When I got better I carried on with FMX.” AX: When you started freestyle full-time did you have any idea what an incredible journey you were starting out upon? AV: “I had no idea. It was just a hobby to me in the beginning.”

AX: How much are you looking forward to coming to the UK in the New Year? AV: “A lot. It is my first performance on a brand new bike, a Kawasaki 450 four-stroker. So I am putting a lot of riding in to get ready. I am also looking forward to see how professional the scene is over there.”

AX: How often do you get to go home to Norway? AV: “I try to come home every Christmas and every second Easter. I might have a trip in the summer if I have got some good stuff going on.” AX: Which riders do you look up to in the world of FMX? AV: “Twitch for his skills in the hills and Nate Adams for all his amazing results during a decade. Also Tom Pages for his innovation and unique way of taking his career to the top of FMX.”

AX: Back in the day when you were racing did you have any MX idols? AV: “MC, Damon Bradshaw and Kevin Windham.”

AX: Do you ever get frightened – for instance when you’re learning a new trick? AV: “First time hitting all the jumps on a gigantic track is pretty scary. And when you have close calls.”

AX: You spend a lot of time jumping with Brits Jamie Squibb and Chris Birch – what are those guys like to train and hang out with? AV: “We have a good time in Spain. Motivated and positive guys are always good to have around…” AX: What’s your favourite trick? AV: “Whip!”

AX: How often do you train on a bike and in the gym? AV: “Off-season it is normally four days riding and three-to-four days at the gym. In high season it is hard to get a routine on things so you just put in how much the body can take with all the traveling and contests/demos.”

AX: How far do you think top riders like yourself can push the boundaries of FMX? AV: That question has been asked since day one. Nobody knows… I totally can see backflip body varials in the future.”