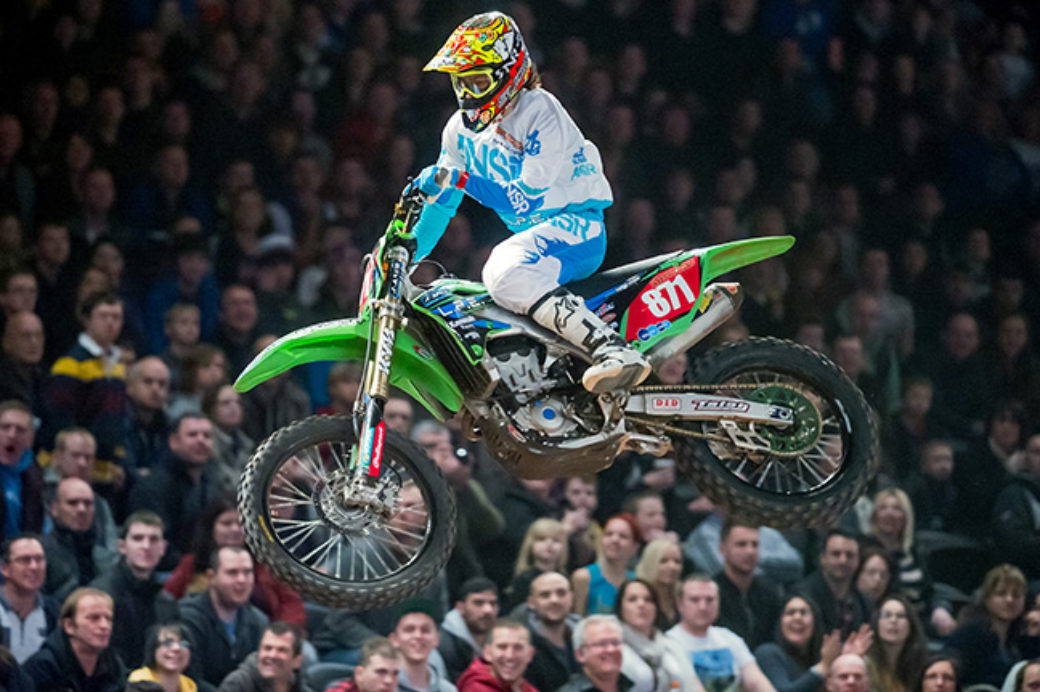 It’s been nearly two years since the Arenacross Tour first detonated into
top-class venues across the UK and it’s continuing to build momentum. That first year saw four rounds, for 2014 it grew to seven rounds and in 2015 it will be an eight-night roller coaster ride that’s threatening to blow
the roof off venues across the country.

That’s eight rounds over eight weeks – intense enough for you?
Mixing top-flight Pro racing with four youth classes and world-class freestyle motocross, the tour has been a sell-out success since the get-go and has taken motocross – okay, arenacross – to the masses.
For an indepth look at some of the main movers and shakers see the bumper TMX Christmas double issue