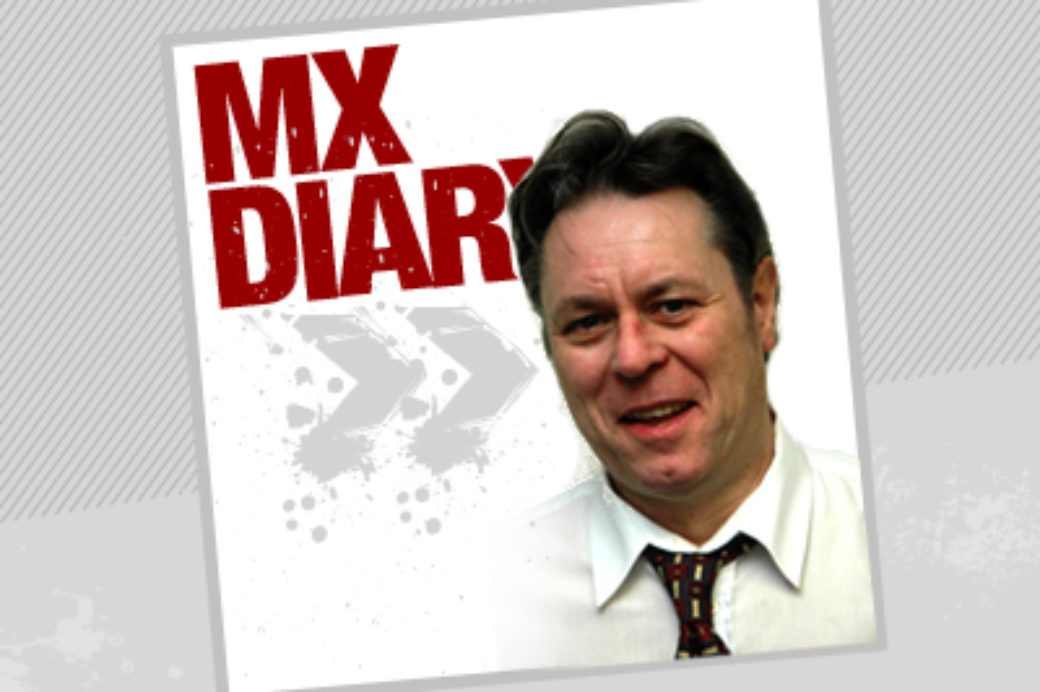 Heading into last year’s Garmin Arenacross Tour, Elliott Banks-Browne was pretty much a raw novice as far as indoor racing was concerned.

He didn’t waste any time getting to grips with it…
By the second night in Belfast he was on the podium and at the fourth round in Liverpool – his 24th birthday – he won.
With the opening round of the 2015 series just two days away, we caught up with EBB to find out how his AX prep is going and how he’s gelling with Rob Hooper’s Geartec Suzuki team.
“I think I’m on one of the best teams from what I’ve got so far and what we’ve been going through,” he says.
“I really, really do like the bike – I know everyone says that when they get on a new bike – but I really think the Suzuki suits me well.
“It’s an all-round good bike.
“The team splashes out on what it needs to, the stuff that’s going to make me go faster  – they don’t spend money on all the bullsh*t – so we’ve got factory suspension from last year, we’ve got the new air forks. We’ve been testing a lot.”
Rob is one of the most experienced men in UK motocross – racing at world level before moving into team management – and EBB has already seen the benefits of his no-nonsense approach to racing.
For full story, see TMX issue 1952 (January 1, 2015)