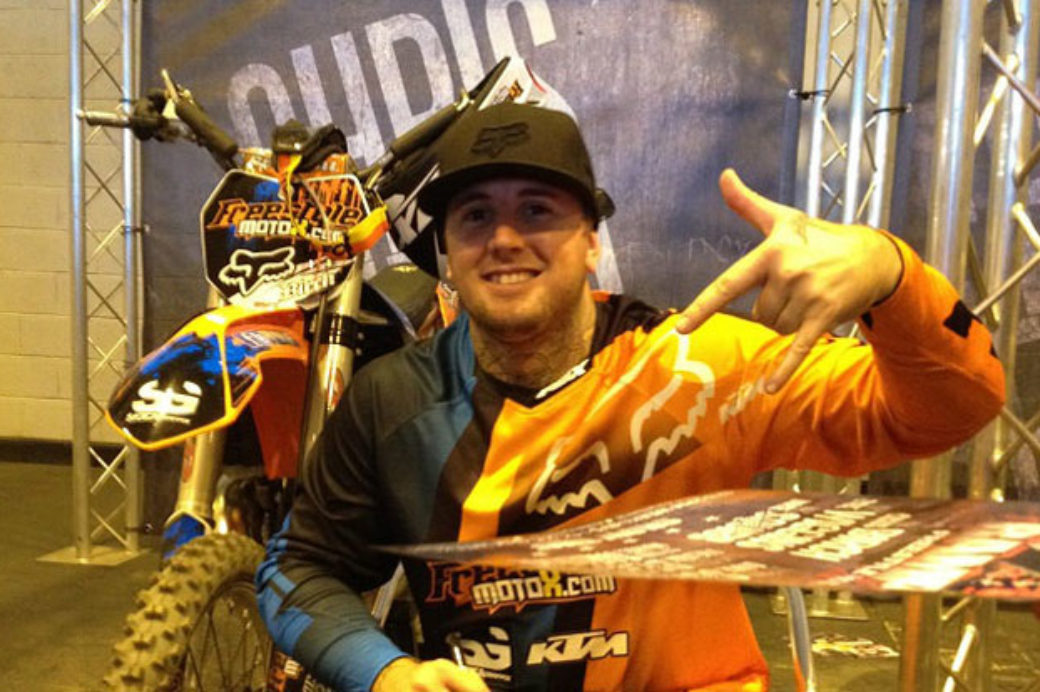 When it comes to British Freestyle Motocross stars they don’t come any bigger than Chris Birch. The tattooed 28-year-old has been at the forefront of the sport in the UK since the get-go and was an automatic choice when we were looking for a FMX poster boy to promote the 2013 Arenacross tour.

“I’m really looking forward to coming back to the UK and being part of Arenacross,” says Chris, who relocated to Spain where the weather’s more suited to riding freestyle. “It’s an event that will involve the best racers in the country plus some pretty quick international guys too but I’m a freestyler and the line-up we’ve got is really exciting with the best of the British plus Andre Villa and Edgar Torronteras who are awesome international stars.”

Based just outside Alicante, Chris is a regular riding buddy of Villa and shares his Spanish compound so knows first-hand just how good the Norwegian FMX superstar is.

“I’m going back to Spain after Motorcycle Live to get some practice in and hopefully show up in London and show up Andre. I’ve been on a good run this autumn but I hurt my back riding motocross so I had three weeks off and then when I was ready to ride again we had a lot of rain in Spain so I didn’t get the practice I wanted to come here with.

“I’m going to make the most of the shows to get myself sharp again and start using the super flip levers so I can really hang off them. That will bring another element to my game.”