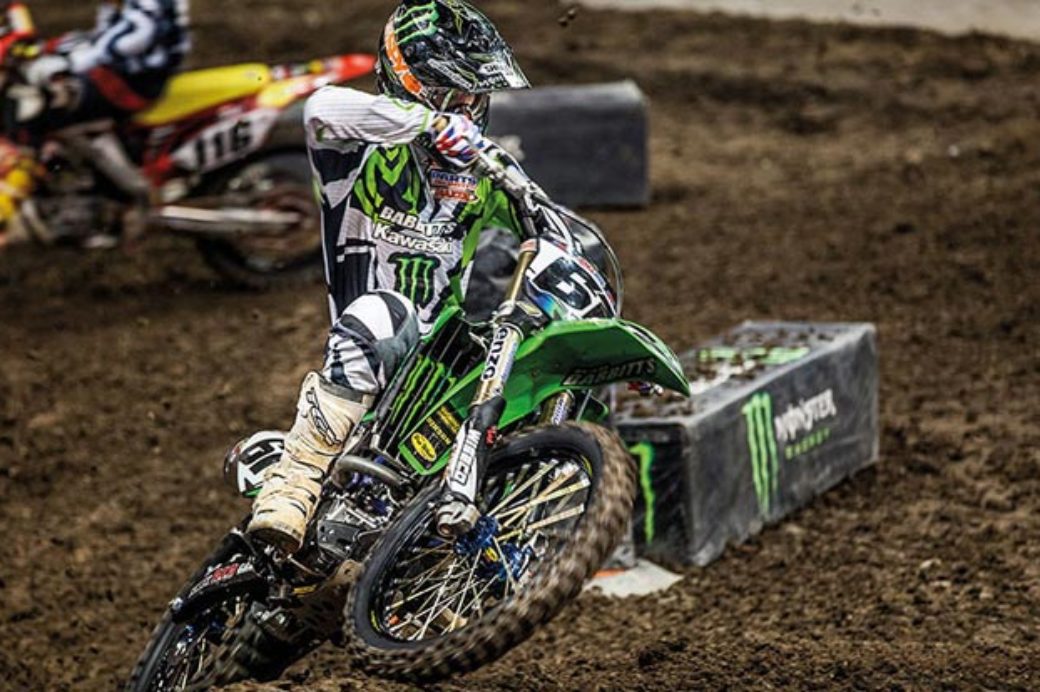 The 23-year-old American is a smooth operator indoors and finished second overall in the 250cc class on the opening night of the 2012 Bercy SX before crashing out the following evening.

“I’m extremely excited to have signed a deal with the Oakleaf Kawasaki team to ride the Arenacross series in 2014,” says Tyler. “Coming to the UK will be a new experience and I plan on being a top competitor in the series.”

This season Tyler’s contested the MX2 class of the 2013 Canadian Nationals for Monster Energy Leading Edge Kawasaki and has been drafted in to race for Somerset-based Oakleaf alongside Arenacross #3 Jack Brunell by team boss Shaun Anthony.

“We’re really pleased to sign Tyler for the Arenacross,” says Shaun. “He’s a fast rider and a perfect partner for Jack. He’s got experience of the Kawasaki which doubles our chances of putting Oakleaf Kawasaki on the top step and makes winning the series a realistic aim.

“As a team we’re excited to be racing the Arenacross tour. The 2013 Arenacross UK series was outstanding and 2014 is going to be even better and we look forward to the packed arenas, amazing atmosphere and everyone getting behind the Oakleaf Kawasaki team. We would like to thank Kawasaki and all our sponsors for this opportunity – see you in Belfast in January!”

For series promoter e22 Sports the news that yet another top-flight rider has signed up is further confirmation that in just its second season Arenacross is heading in the right direction.

“It’s massive news that Tyler Villopoto has confirmed to race the Arenacross tour here in the UK,” says Matt Bates, Managing Director of e22 Sports, “and I can’t thank Shaun and the Oakleaf Kawasaki team enough for the effort they have put in to bring this together. I also believe this is just the start of the great news as teams start to release their riders for the series.”

The seven-round 2014 Arenacross series kicks off with a double-header at the Odyssey Arena, Belfast, on January 17/18 before travelling to the LG Arena, Birmingham (January 25), the Echo Arena, Liverpool (February 2), the Metro Radio Arena, Newcastle (February 9) and the Motorpoint Arena, Sheffield (February 15). The series signs off at London’s Wembley Arena on March 1.