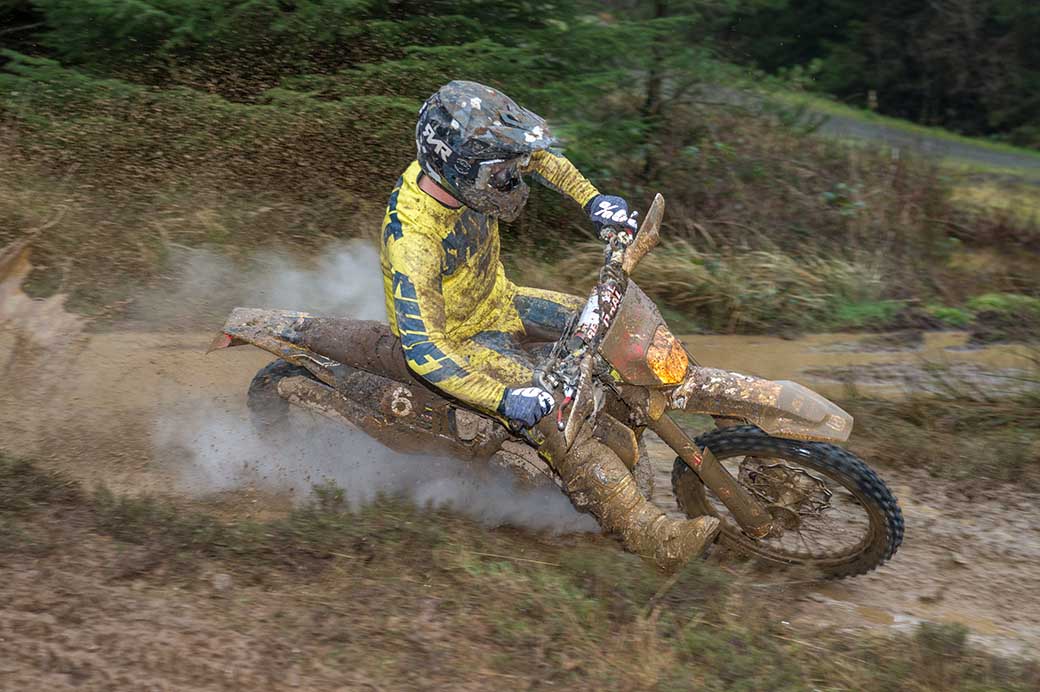 As the Welsh Trail Rider’s Association celebrates another year in the club’s long history, riders clearly regard the WTRA-hosted events as a winning formula.

There was a full entry of 180 riders for this year’s annual Snowrun starting at the familiar open section of forestry, near Tirabad.

Riders headed through the Crychan and Halfway Forest sections, where clerk of the course Phil Wilkinson had one cross country test and two checks to test the riders’ timekeeping and ability to turn on the necessary speed required for the transition from check pace to test pace. 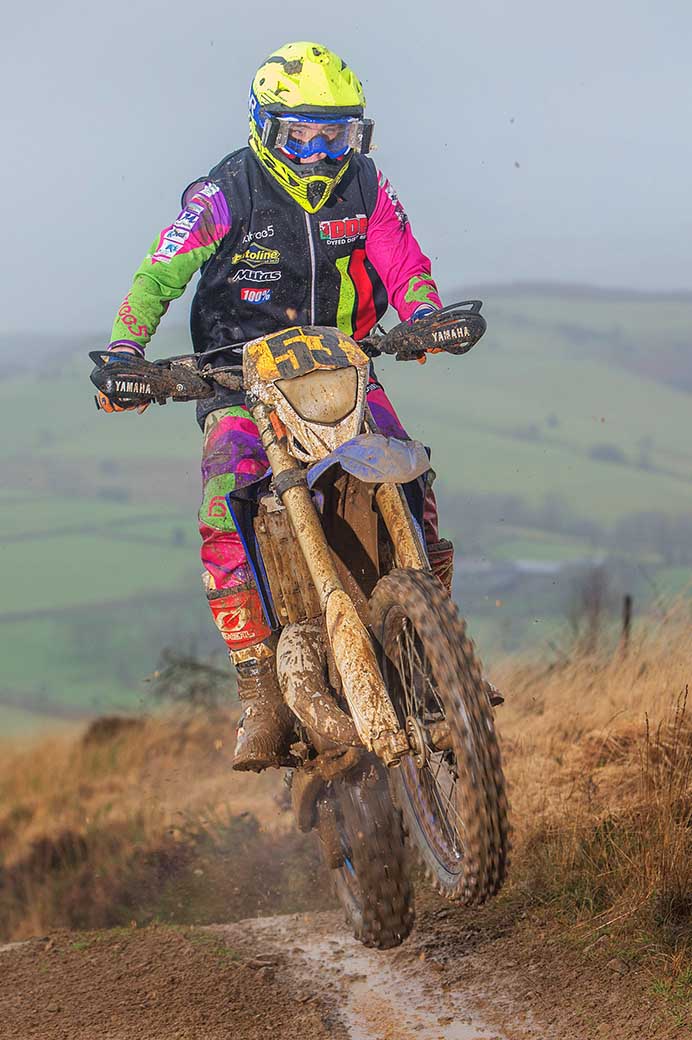 Jac George gets some air on his Yamaha (Image: Gary Jones)

The start area was an uphill forest road, where clubs and trade teams’ pit areas lined the blue-taped area, lending an air of continental atmosphere to a cold and damp Welsh forest.

Championship riders led the way out, with eight red plate riders setting off in the first round of the Welsh Enduro Championship.

Former winner and 2019 Welsh Enduro Champion Charlie Evans was one of the first riders away. It was interesting to see a number of riders progressing up a class, giving them added challenges as well as extra miles under their belts. 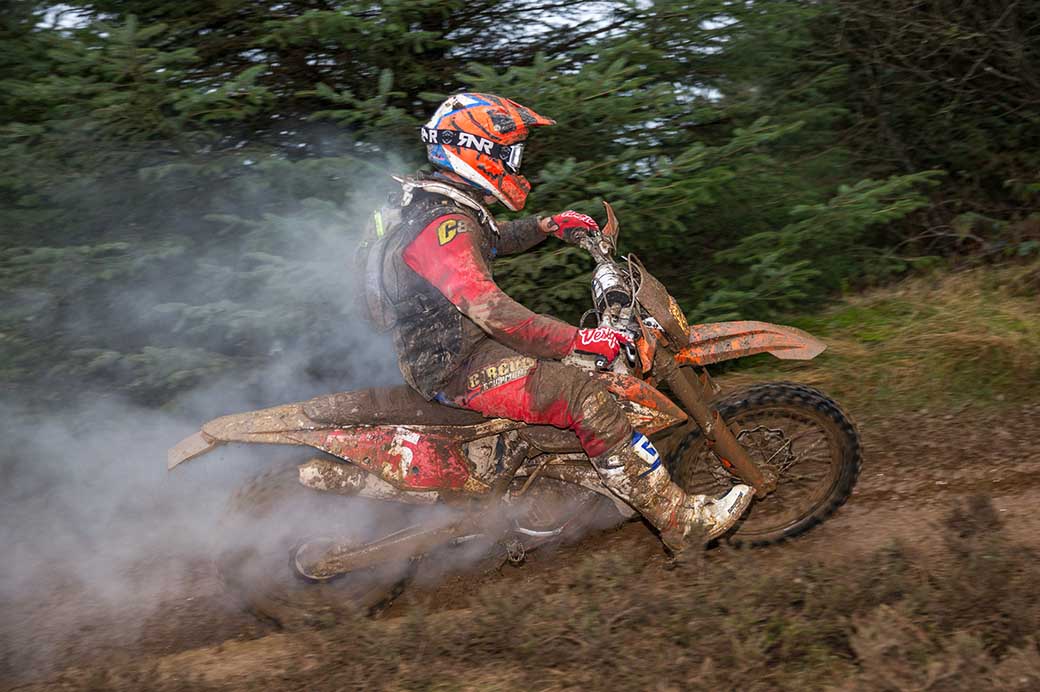 The Expert class saw a good battle between established riders and those developing from last year’s ‘pick of the crop’ in the Clubman.

Setting the pace early on in the Championship Owain and Gethin Humphries stopped the clock at 7:56 and 8:07 respectively, and this was a battle set to last the event. Charlie Evans was third on 8:20.

In the Experts Jack Cadwallader edged army rider Aaron Coupland by just 0.3 of a second, with Garin Rosser a few seconds off in a solid third. In the Clubman, Jac George posted 9:04, a good 56 seconds ahead of Jordan Young, with Ethan Pugh not far behind in third.

Andrew Edwards slotted into his usual pace in the Vets, leading Neil Thomas, with Jason Rees some way behind in third. Julian Rylance topped the Over 50s with Martin Paosila-Jones less than two seconds adrift.

Thankfully the rain held off and the course managed to cope with the 180 riders, although a couple of places were challenging, including a hill on the Special Test which caused more than a few problems.

On the second run through, Owain Humphries stopped the clock in 7:23, 3.5 seconds ahead of Gethin, with Kip Herring pushing Charlie Evans down a place.

Hayden Maller nipped into the best time in the Experts with Jack Cadwallader close behind. Young DDBC star Matthew Harries showed he has the pace for his move to the Experts with fourth on this run, just behind Luke Thomas.

Late-running Sportsman riders caused a few headaches for the Championship and Experts’ next test, but the leaders in the classes consolidated, and in some cases extended their leads.

As the classes with shorter schedules finished, the Championship and Expert riders had an almost clear run through their last tests. The red plate battle was decided, at the last test, with Owain having won the first two.

However, a rapid 7:16 from Gethin, against a 7:41 from Owain meant Gethin nicked the win by a handful of seconds. Kip Herring was third.

In the Experts, Garin Rosser showed his pace to take the win from Jack Cadwallader, while Ben Thompson made his trip from Scotland worthwhile with third in a fiercely-fought class.

Jac George was a comfortable winner in the Clubman with two rapid test times from Jordan Young and Ethan Pugh. 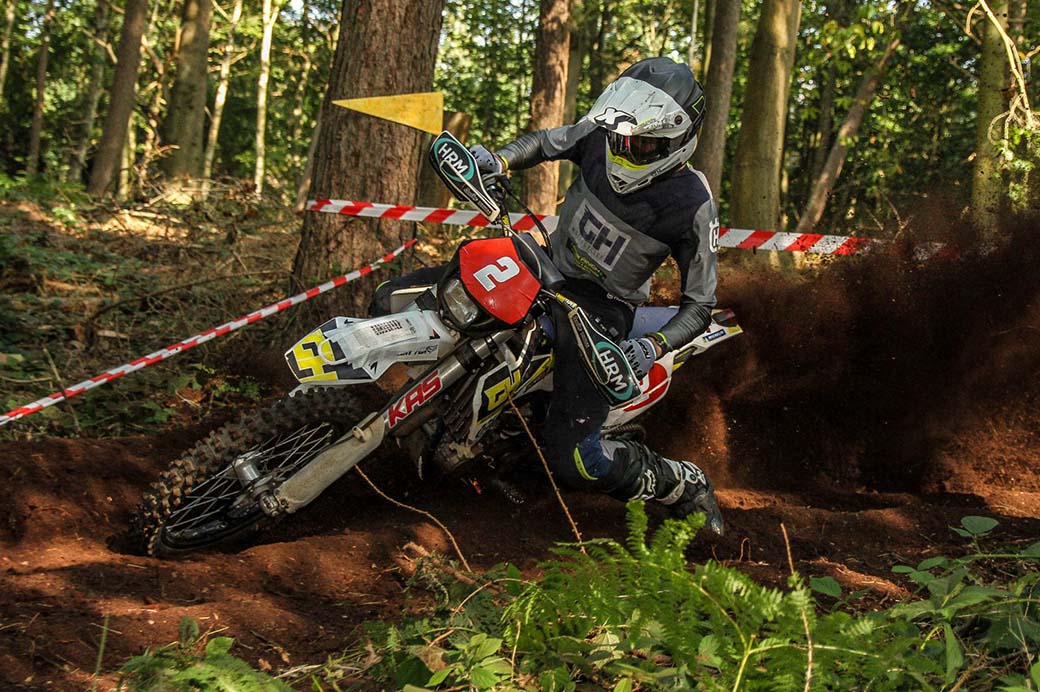 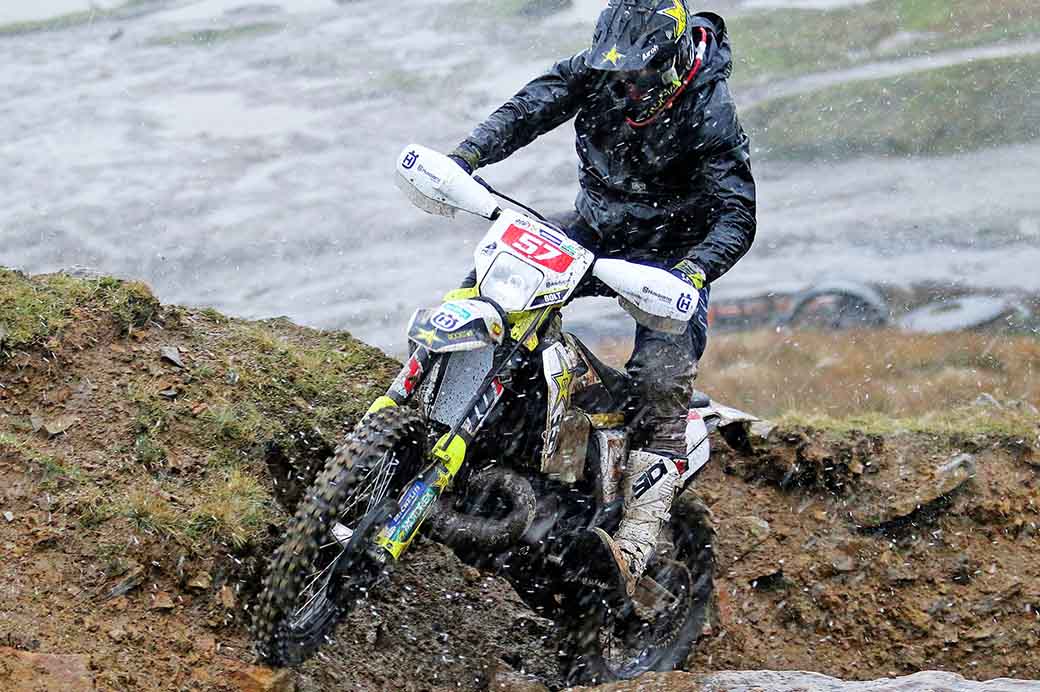 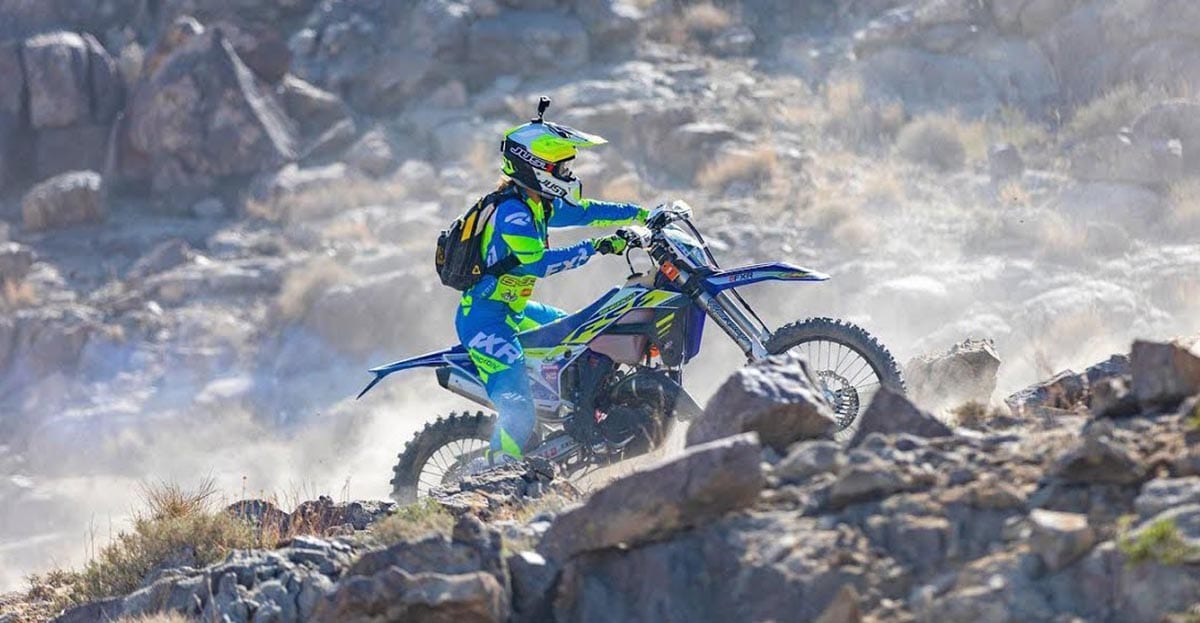 VIDEO: King of the Motos 2020 highlights 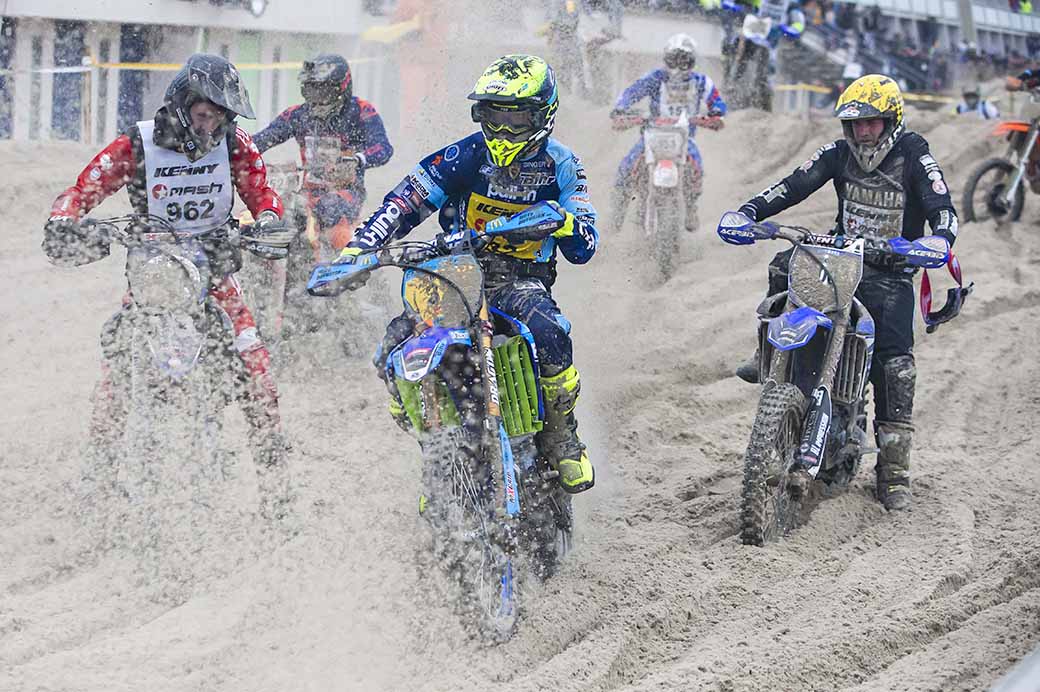 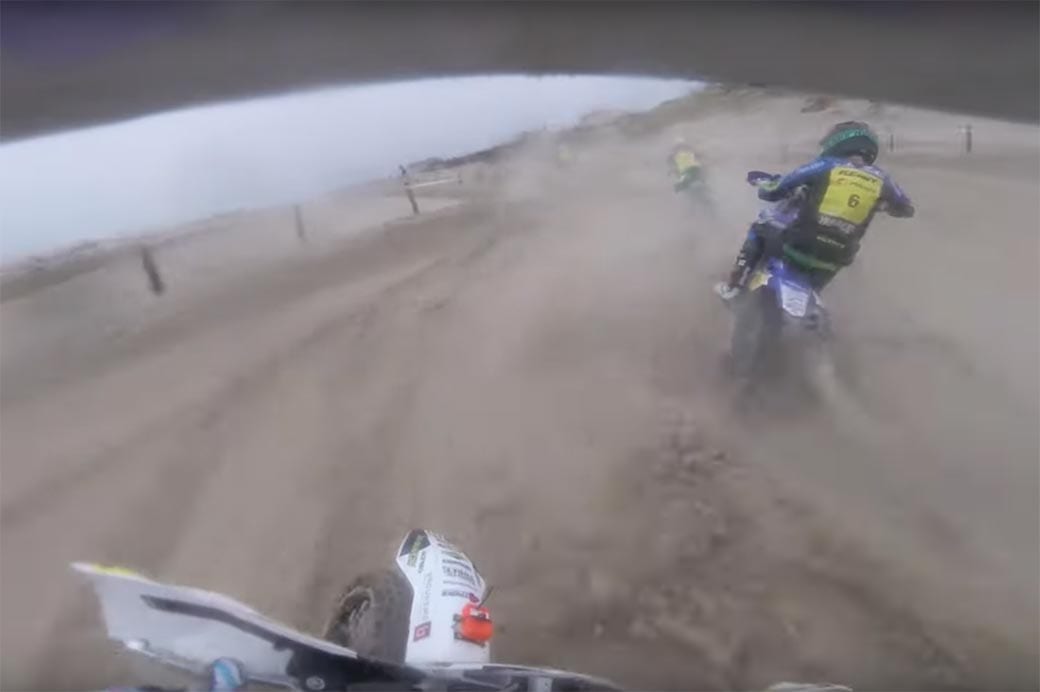 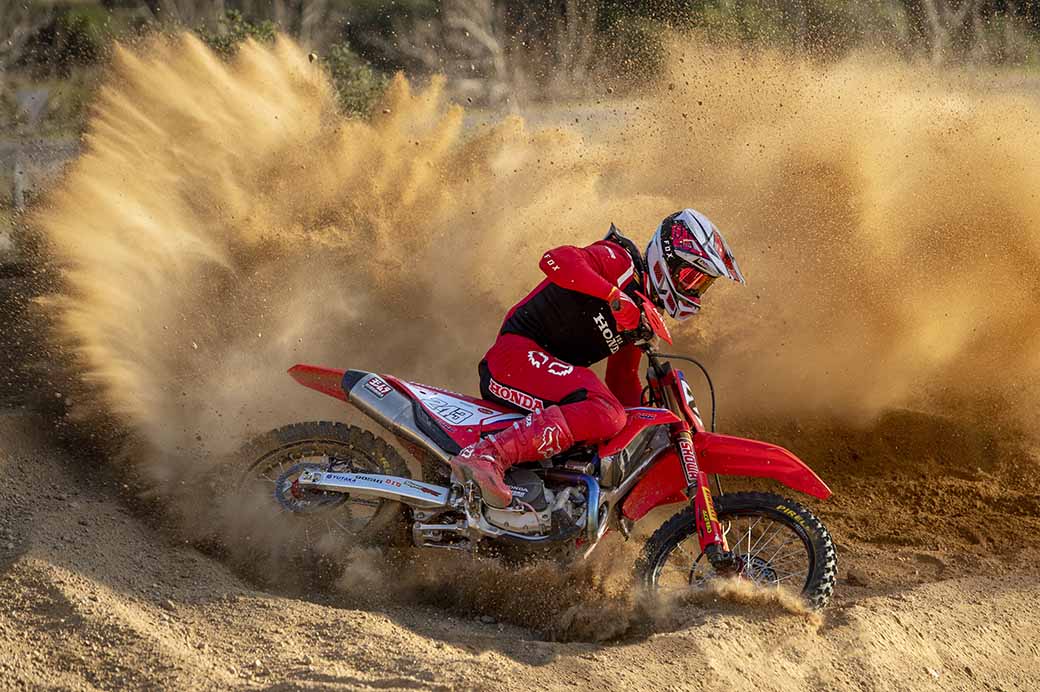 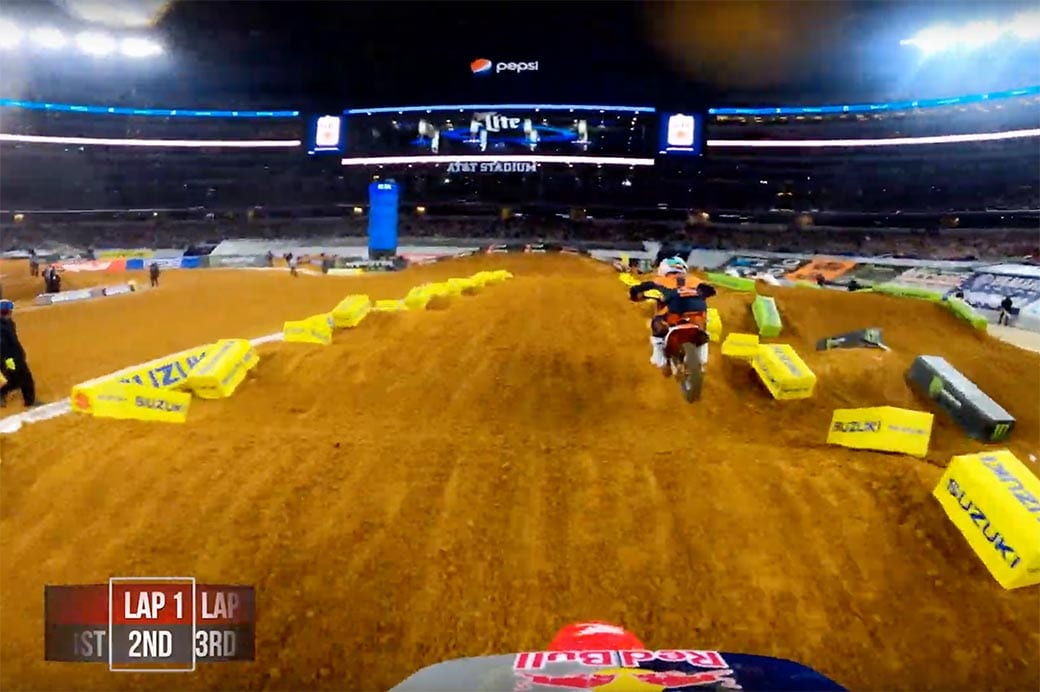