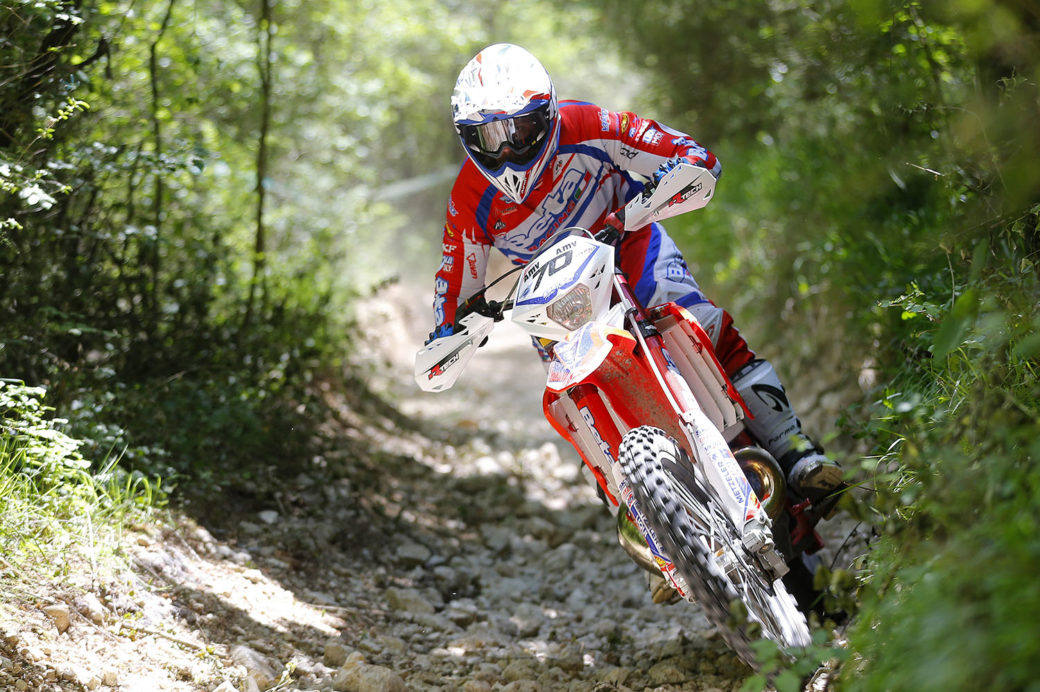 Securing two hard-fought podium results in the heat of the recent GP of Greece, the Beta Factory Racing rider is well rested and looking forward to competing in Portugal – the place where he earned his career first EnduroGP class win in 2016.

With recent back-to-back events in Hungary and Greece going well for the 2016 Enduro 3 World Champion, Steve only missed the podium on one out of four days of competition.

In Hungary he finished second and fourth before the EnduroGP series moved on to Greece where he battled against near 40-degree heat to take the win on day one and place second on day two.

With three rounds of the series remaining, including his home GP in the UK in September, Steve is focused on maintaining his EnduroGP championship lead.

Steve Holcombe: “I’m really excited to be heading to Portugal this weekend, especially after increasing my lead in the championship over the last couple of rounds. The last race in Greece was really tough. The heat, together with racing there right after the GP of Hungary, was hard on all the riders.

Nevertheless, I feel like I rode a good couple of days and was very happy with my results. Portugal looks to be another hot and dusty event, but I’m sure it will be a good one. I know that Larrieu, Phillips, Watson and Nambotin will all be strong again but If I can concentrate on my strengths in the enduro and extreme tests, and stay consistent on the motocross tests, I’m confident of another couple of good results.

I’m not really focusing on the championship yet – it’s great to be leading but I’m just taking things one event at a time and trying to do the best I can.”