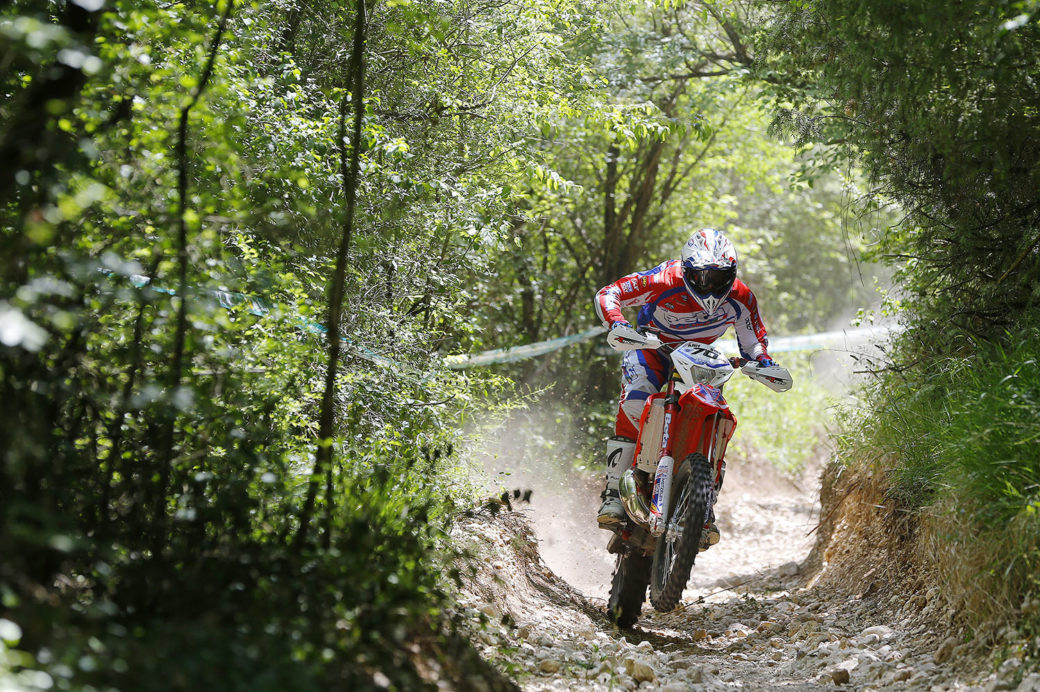 Following a strong start to his 2017 EnduroGP World Championship campaign and a hugely successful home GP for the Beta Factory Racing Team, Steve Holcombe heads into this weekend’s GP of Hungary as leader of the blue ribbon EnduroGP series.

With the GPs of Finland, Spain and Italy all going well, after three rounds of the championship Steve holds a 21-point lead at the top of the EnduroGP World Championship standings.

Looking forward to starting his first event as leader of the EnduroGP class, Steve is hopeful that the forest covered and mountainous terrain surrounding the host town of Paradfurdo will be very much to his liking.

Following on from the GP of Hungary, the GP of Greece (July 1/2) will take the EnduroGP series back to Grevena, Greece – another event Steve is looking forward to having raced there in 2016.

With conditions set to be hot and dry in both Hungary and Greece, the upcoming back-to-back GPs are expected to deliver yet more challenging and close fought racing.

As well as testing and continued off-bike training, Steve recently attended the 2018 Beta Enduro presentation, spending time riding the new 2018 bikes as well as socialising with the many journalists in attendance.

Steve Holcombe: “As the only back-to-back rounds of the 2017 EnduroGP series this weekend’s GP of Hungary and then the GP of Greece are two very important events in the championship.

They also take us into the second half of the series. I’m really looking forward to racing in Hungary, and seeing what kind of a race we’ll have there. Obviously, things went really well for me last time out at the GP of Italy, so I’m hoping to be able to continue that good form.

It’ll be a little strange starting the GP of Hungary as the rider who’s leading the EnduroGP series, but I’ve been training and working hard during the last month so I’m feeling good.

Although I’m now leading the EnduroGP series I’m not changing the way I approach these races. There’s still a lot of racing to be done this year and a lot of points up for grabs. I’m just looking forward to more close battles with Matt Phillips, Loic Larrieu, Christophe Nambotin and the others and enjoying what I hope will be two great events.”