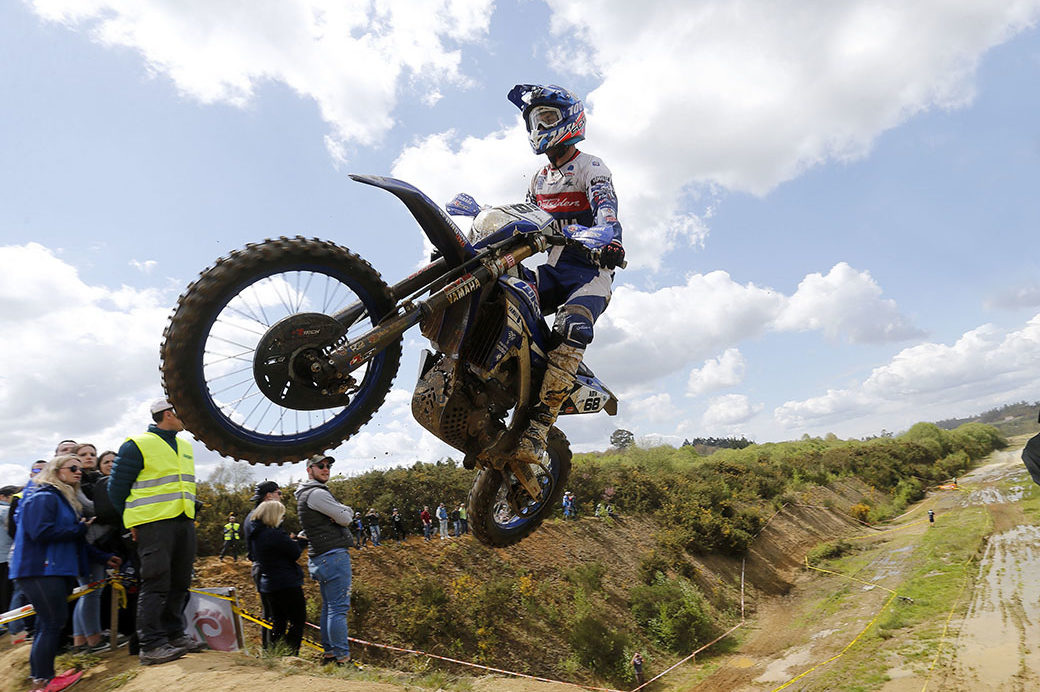 Putting in a dominant performance under changing conditions in Spain, Outsiders Yamaha’s Jamie McCanney wrapped up round two of the Enduro World Championship with two Enduro 1 class victories.

Living up to everyone’s expectations, the GP of Spain was a great physical and mental challenge for all competitors. Despite occasional rainfall making conditions demanding, McCanney remained consistently fast throughout the weekend in the north of Spain.

The GP started with Jamie making a few small mistakes in the short opening SuperTest, which had McCanney settle for a ninth-place result.

Showing what he is capable of as soon as the race moved into its main part on day one, Jamie was never outside the top four in any of the 12 tests contested on Saturday.

Carrying his winning momentum into day two, the Manxman topped the 250cc class’ standings by more than one-minute over his closest rival.