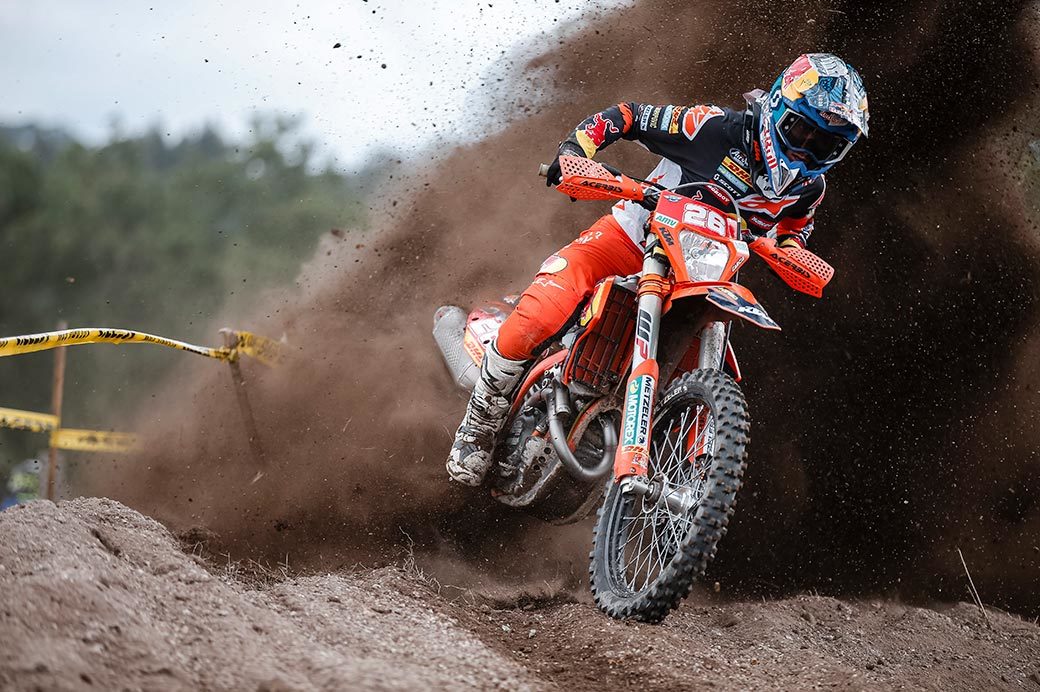 Joining Red Bull KTM Factory Racing in 2017, Josep Garcia immediately demonstrated his speed and huge potential by winning the Enduro2 World Championship riding the KTM 250 EXC-F. With the team’s focus then switching to the newly formed WESS Championship in 2018, Garcia not only had to rise to the challenge of several new and varied events, but he also had to adjust his riding style to the series’ hard enduro-focused races.

Josep enjoyed success throughout the 2018 and 2019 seasons, becoming the first non-French rider to win Trefle Lozerien, claiming victory at BR2 Enduro Solsona, and topping the Enduro1 class at the 2019 International Six Days Enduro.

Returning to EnduroGP competition full-time in 2021, Josep has shown he’s lost none of the speed that took him to his first world title, claiming five EnduroGP class podiums from eight days of racing, including a double win in the tough conditions of the EnduroGP of Estonia. He also currently lies second overall in both the EnduroGP and Enduro2 classes. Heading back into ISDE action in Italy this coming weekend, the Spanish star is hungry for more success at enduro sport’s longest-running international event. 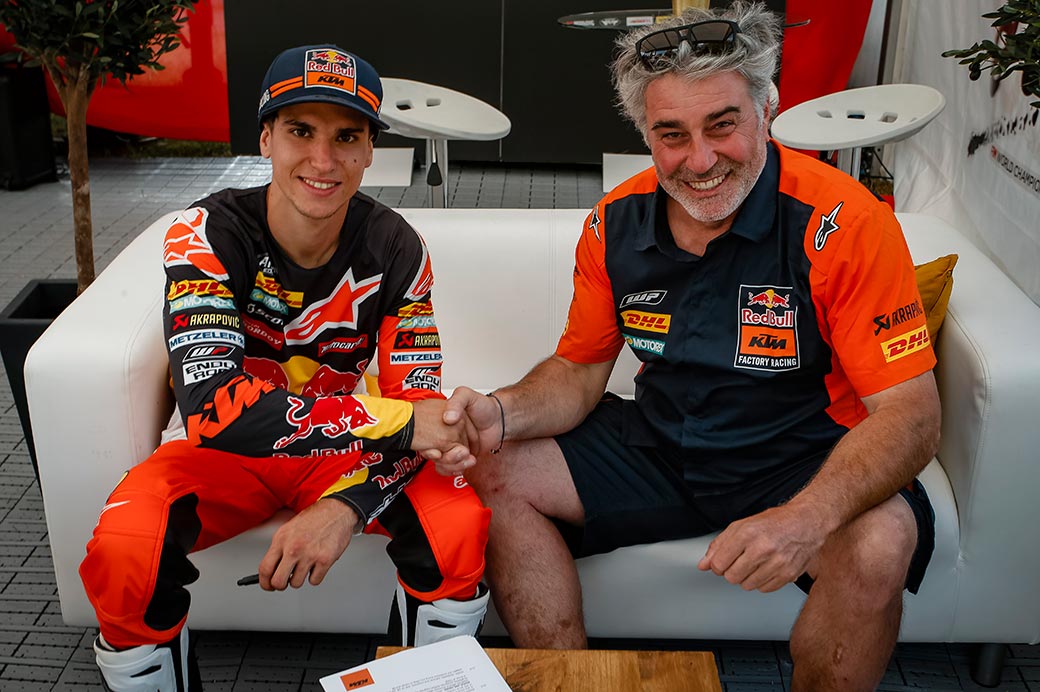 Josep Garcia is super happy to get another two years

Josep Garcia: “I’m super happy to extend my contract with KTM for another two years. We have been working together since 2017 and I think it’s the best team to be in, plus I also have a great relationship with my mechanics, Ivan and Daniele. Signing for two more years means the team and I are free to focus on the racing and aim to be at the very top. Continuing with the KTM 350 EXC-F in EnduroGP helps to keep things consistent too, so I can really work on my riding. After that, I’m hoping to experience a few new disciplines and expand my horizons as my career continues!”

Vice President KTM Motorsports Offroad Robert Jonas: “We’re pleased to have reached an agreement with Josep to continue to battle for race wins and championships together for the next two seasons in the Red Bull KTM Factory Racing team. Josep is a class act with incredible talent, and we’re happy to be back fighting for the FIM EnduroGP title together this year, which was the main aim for him and the team this season. We look forward to future possibilities and achieving the goals that we have set together. A rider of Josep’s calibre brings a lot to our enduro program and we look forward to the continuation of our work as a team, which begins with our battle for victory at the ISDE.”

Team Manager Fabio Farioli: “We are very proud of everything we’ve achieved with Josep and we’re happy to be continuing our strong relationship with him for a further two years. Our main focus now is to compete for great results at the ISDE, and then turn our attention back to the FIM E2 and EnduroGP championship, which concludes in October. We’ll be giving our all as a team to fight for victory, and we’re looking forward to the future together.”