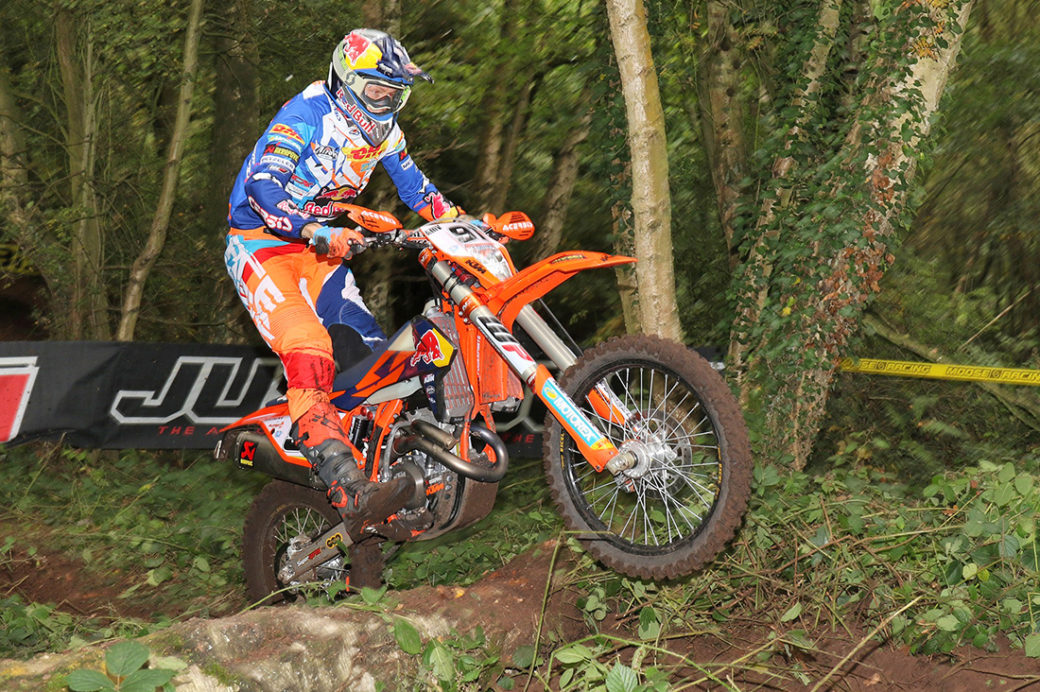 Gauging the success of any event is never easy. It depends largely on expectations and what you hoped to get out of it – results, weather, injuries, profit, on track action… there’s a load of variables that determine success.

So, was the EnduroGP of Great Britain a success? Of course, that depends on who you ask. In short, most people seemed to think the event was good. Very good. With a considerable amount of work having been put in by the Fast Eddy crew. Few have seen such a close and high-tempo finish to a three-hour race.

The weather was good – a lot better than it could have been, which helped massively. The tracks was good – a lot tougher than most foreigners expected, and offered great viewing. The spectator turn out and ‘home’ support was generally very good on Sunday. The number of riders competing wasn’t good – just 13 riders in the premier EnduroGP class.

What many aren’t aware of is that all is not well behind the scenes in the EnduroGP World Championship.
According to some ‘the series is on it’s a**e’. Teams and riders are unhappy with the direction of the championship, all but a handful of privateer competitors have abandoned ship.

The very reason the sprint / cross-country event was in the 2017 EnduroGP World Championship is because the powers that be are searching for answers. New solutions.
Breaking from the norm’ – long-course, time card enduro events that have been everything that the Enduro World Championship has been since its inception – meant that there was heightened interest from within the paddock.

The Hawkstone Park event was a first, a step away from tradition. Possibly a first step in a new direction for the series. What’s new is often exciting. For many the event was exciting. Much of the racing was certainly exciting. But what many were asking was ‘what’s happened to the Enduro World Championship, where have all the riders gone?’

What the series promoter and FIM now need to ask is ‘what do we need to do to the Enduro World Championship, should we embrace sprint and cross-country racing? Hawkstone was definitely the blue print for what the future could become for the world championship.

With many EnduroGP riders’ former motocross riders and youngsters, the format was well received. Looking in from the outside – from the spectator point of view – the product and event was good.

If more riders were a part of the show, most would be more than happy to attend and support such an event.
The 2017 British GP was in stark contrast to the last time the world championship came to the UK – to Wales – but a lot has changed during that time.

If running a sprint / cross-country event is what needs to happen to bring the EnduroGP series to the UK, most would willingly support it.
Whether moving away from traditional style races is the right thing for the championship, time will tell what happens there.

The British EnduroGP brought the world’s best enduro riders to the UK. And that in itself is reason to celebrate the event.
And let’s not forget the hours of work behind the scenes that the Fast Eddy crew and many helpers, who gave up their free time, to make the event what it was.

Will Hawkstone see another EnduroGP next year? We hope so!