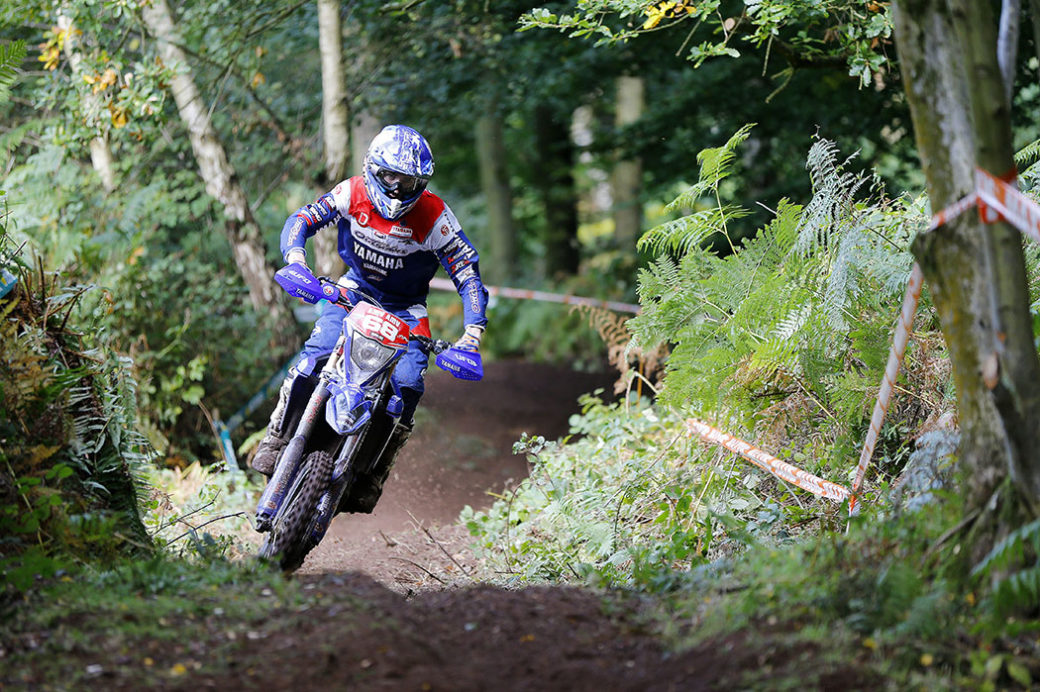 Entering the eighth and final round of the 2017 EnduroGP World Championship this weekend in Zschopau, the Outsiders Yamaha Official Enduro Team duo of Loïc Larrieu and Jamie McCanney will look to complete their season on a high. Remaining in contention for championship success in the EnduroGP and Enduro 2 classes respectively, Loïc and Jamie will battle for class victories on the challenging German soil.

Taking place in the Zschopau area in the district of Saxony, the season finale will mark a return to the traditional enduro race format. Kicking off with a Super Test on Friday afternoon, competitors will face two long days of enduro racing in the forests of Germany.

Loïc Larrieu views the season finale as a final opportunity to demonstrate his great form aboard the WR450F machine. Enjoying a win and six more top three results so far this season, Outsiders Yamaha Official Enduro Team’s official representative in the premier EnduroGP class has his eyes set on battling for more podium topping success in Germany. Currently second and 40 points behind the provisional EnduroGP class leader, the Frenchman will look for a strong weekend-long outing in Germany.

For Outsiders Yamaha Official Enduro Team’s Jamie McCanney, the Manxman enters the season finale 13 points behind the provisional Enduro 2 class leader. Securing 11 top three results this season – three of which victories – Jamie has been a force to be reckoned with in the 250cc class throughout the season. Looking for more winning success in Germany, Jamie will give his best in the hope of securing the coveted Enduro 2 World Championship title.

Yamaha’s best performing rider in the Enduro Junior class of the series Mikael Persson will be forced to miss the EnduroGP of Germany. Recovering from illness the Johansson Yamaha Junior Enduro Team rider is working hard towards his come-back to competitive action.