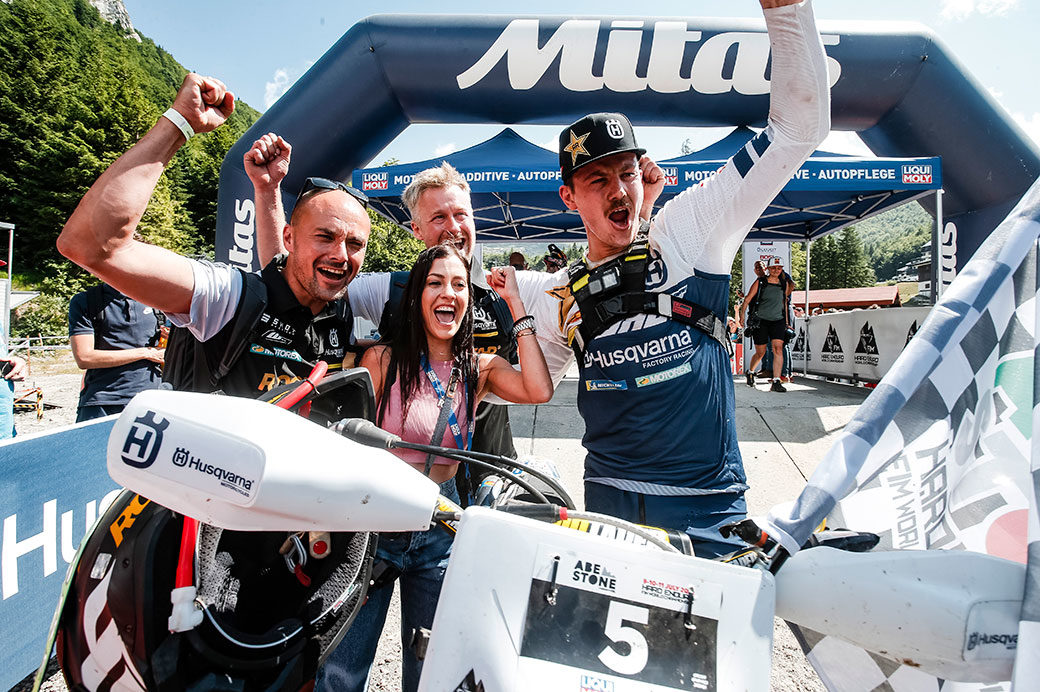 Marking round three of the series, Bolt was joined on the podium by his teammate Graham Jarvis as the ever-green hard enduro racer secured a well-deserved third-place finish.

Eager to once again show the speed that took him to the win at round one of the series, and fresh off his recent EnduroGP podium result, Bolt immediately put his TE 300i at the top of the time sheets by topping Friday’s timed training. Faced with a special test that was repeated three times on Saturday, with each rider’s best time counting, Bolt again proved fastest. Quickest in all three runs, Billy took pole position heading into Sunday’s all-important final. 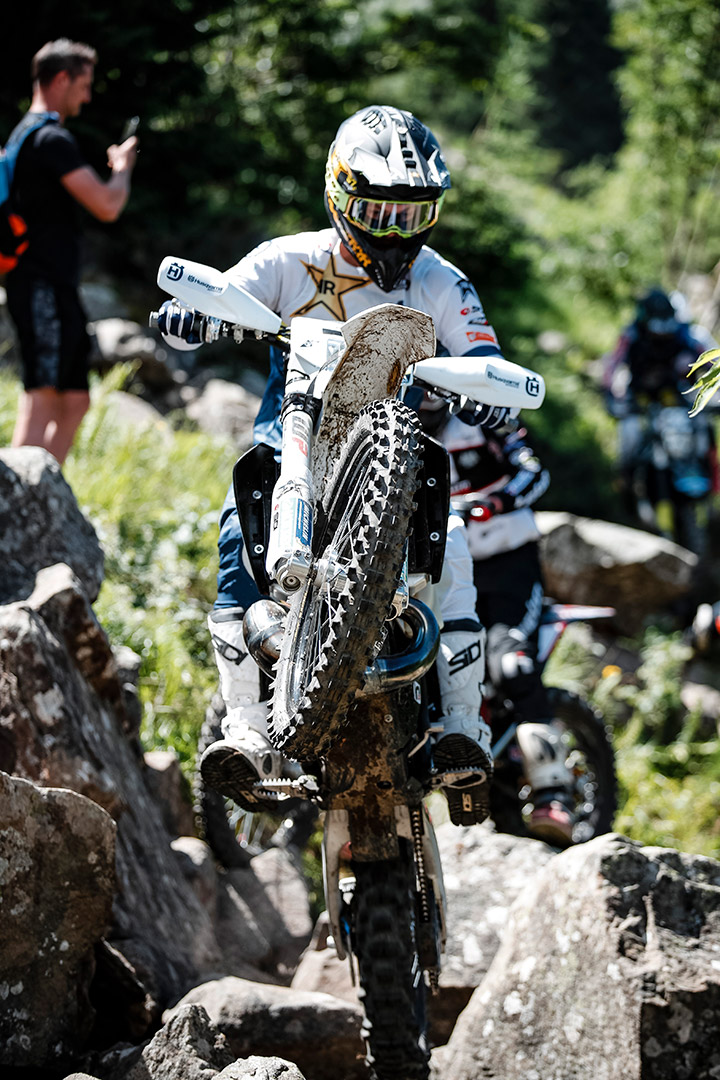 A 15-kilometre-long course laid out across the Abetone mountains and ridden twice, the Abestone Hard Enduro’s main event proved to be as spectacular as it was challenging.

Leading the field away, Bolt looked comfortable out front as he negotiated the steep rocky climbs and technical forestry descents. Facing a battle with closet rival Manuel Lettenbichler, the duo swapped the lead numerous times during the two laps as they pulled away from the rest of the pack.

Knowing he held an advantage on the final descents, Bolt waited for his moment to attack, making his pass for the lead stick during the closing stages of the race and taking a well-deserved victory as well as an early lead in the championship standings.

Billy Bolt: “I’m made up to stand on the top step of the podium. It’s been a perfect weekend – winning every time I went out on track. I wanted to prove to myself that I’ve matured as a rider outdoors and I feel like I’ve showed that. I feel like I’ve proven myself in tough Hard Enduro riding. Starting first today meant I had Mani chasing me and when he caught me on lap one, the race was really on. We battled back and forth, constantly changing positions. But we were pushing so hard it meant we had a big gap over everyone else. I knew I was stronger on the descents. On the final lap I just went for the pass, made it stick and hung it out for the win!” 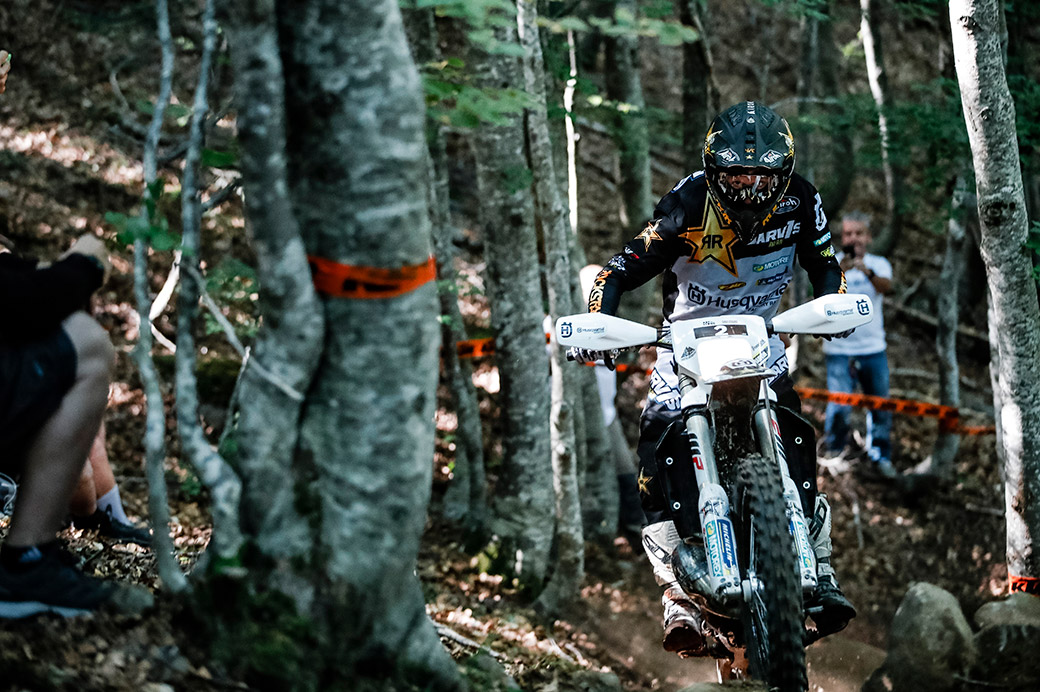 Behind Bolt, Jarvis too had eyes on a podium result. However, a late starting position of ninth hampered his early progress as he struggled to settle into the rhythm of the course. A calculated fuel stop strategy paid off and moved him further up the leaderboard. Hitting his stride midway through lap two, the 46-year-old worked his way into third and remained there until the finish.

Graham Jarvis: “I’m really happy to get on the podium with third, but I made it hard for myself in qualifying. Starting ninth wasn’t ideal and it was hard to get through the traffic early on. Also, I wasn’t too settled on lap one. We decided not to refuel starting lap two and it paid off for sure. I found my flow, grabbed a few more positions and really made that final lap count. Overall, both my speed and fitness was good today, so I’m looking forward now to Romaniacs.” 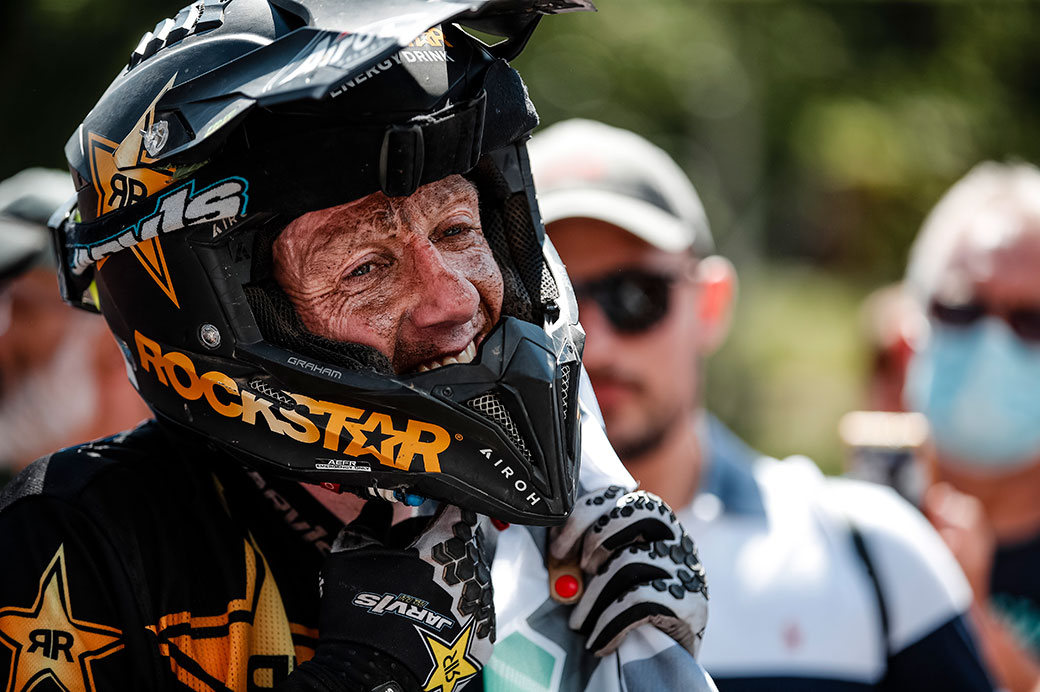 Starting with Jarvis, Alfredo Gomez made good progress in the early stages as the pair worked together to move up the running order. But admitting to not feeling as good on the descents as he was on the climbs, he lost touch with Jarvis and had to settle for fifth.

“The first part of the race was good,” said Gomez. Riding with Graham I was feeling good. We managed to catch and pass a lot of the other guys on the way up the mountain, but on the descents I wasn’t so comfortable.

“I’m happy to go top-five and finally get the season underway, but today wasn’t my best day.”