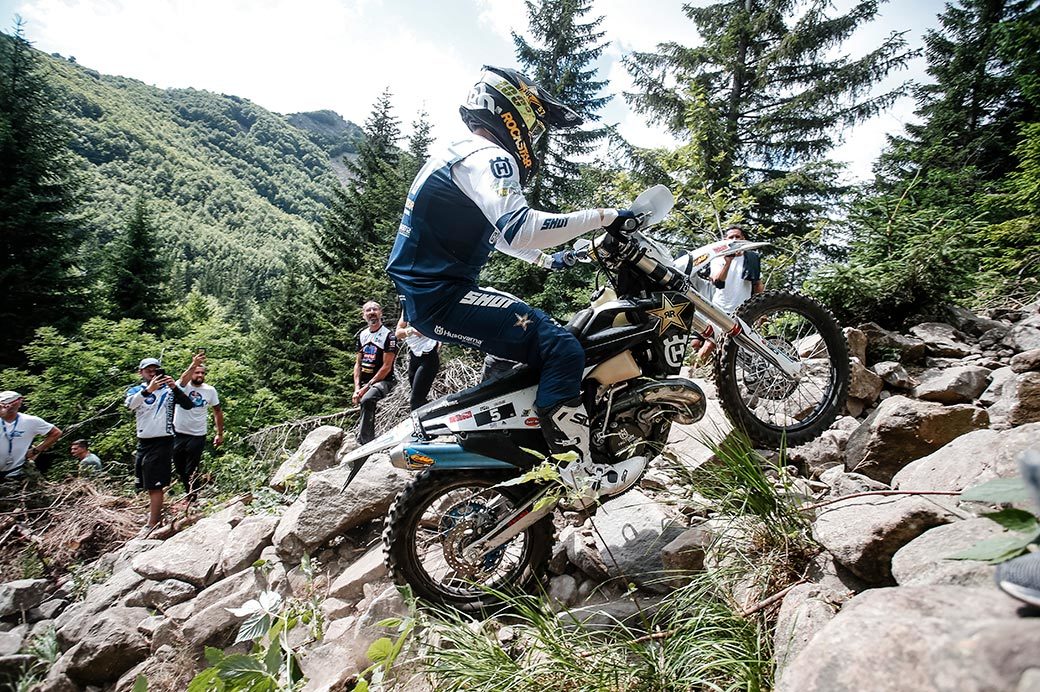 Husqvarna Factory Racing’s Billy Bolt holds the lead in this year’s championship chase as we head to the halfway point in the season. 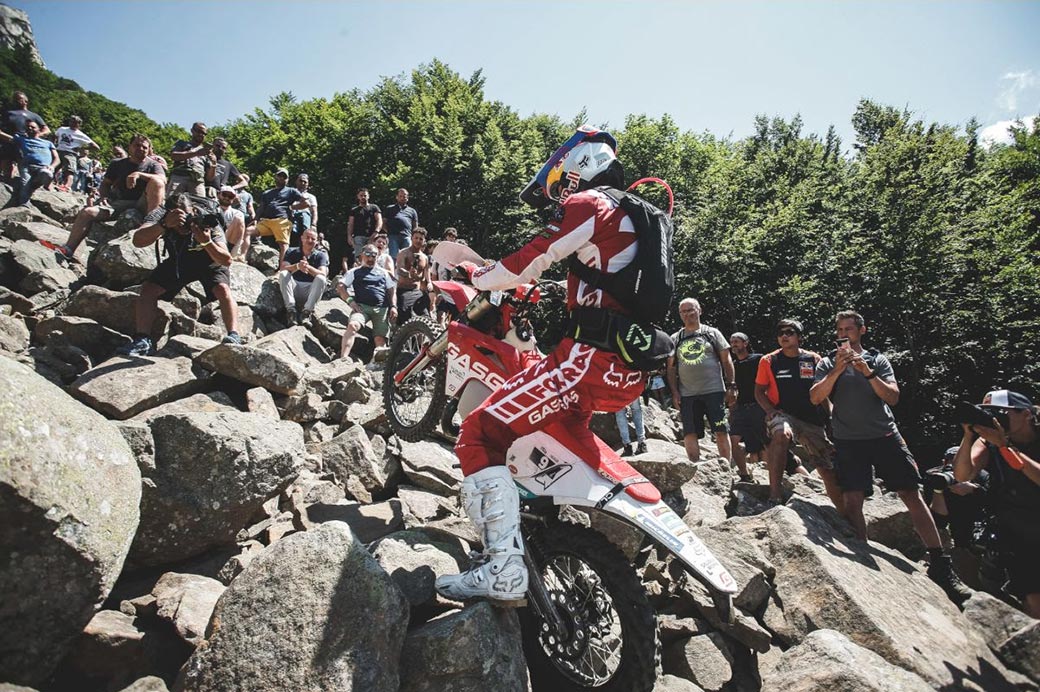 Gearing up for its second edition, Red Bull Abestone has already become a firm favourite for Hard Enduro fans thanks to its incredible landscape, tough riding, and awesome hospitality. Nestled high up in the Tuscany mountains, it’s a rare treat to ride these trails on dirt bikes. From deep on the forest floor to the ear-popping mountain peaks of almost 2,000 metres, Red Bull Abestone has Hard Enduro covered from all angles. 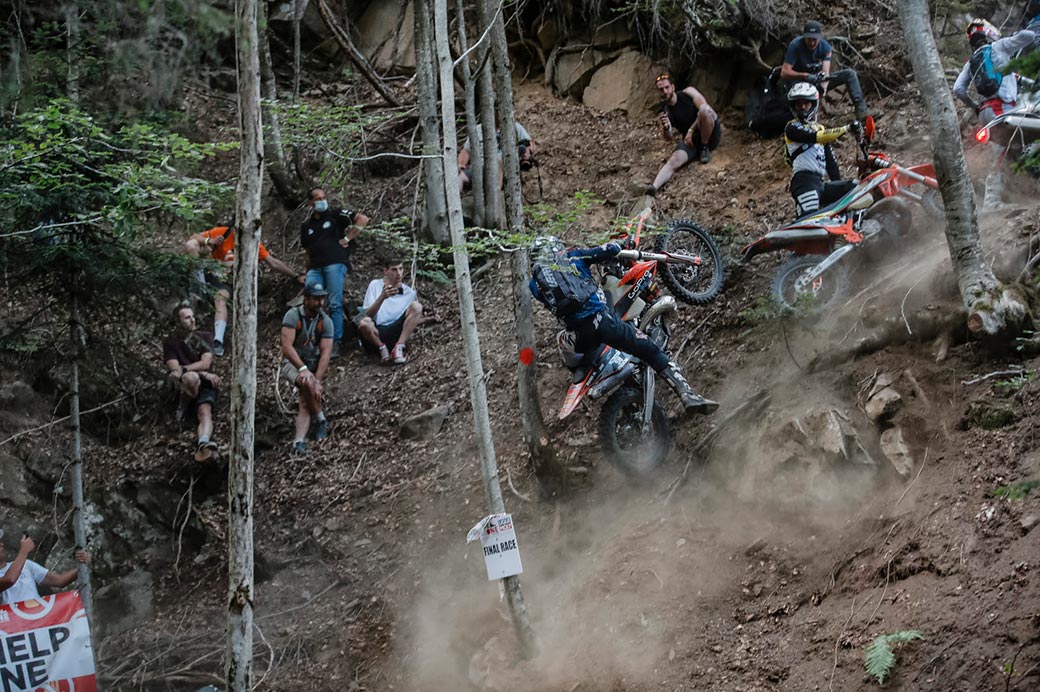 After being successfully introduced onto the Hard Enduro calendar by experienced racer Michele Bosi, the event has grown again in stature for 2022. Taking onboard rider feedback, the event will be staged across three days, offering a strong balance of riding to suit all abilities and tastes.

Friday offers the chance for competitors to stretch their legs on the Hard Enduro training loop in the mountains. Saturday will signal the start of the racing with the JUST1 qualification. An enjoyable 15-kilometre-long course will be ridden twice in the morning (Q1) and twice in the afternoon (Q2), with the combination of the fastest lap time from Q1 and Q2 counting towards Sunday’s racing.

The top 30 riders will advance to the LIQUI MOLY grand final on Sunday afternoon, while those outside the top 30 race the two-hour MITAS final on Sunday morning. As an added bonus, the top 16 from the JUST1 qualification will get the chance to race in the Straight Rhythm shootout on Saturday evening. 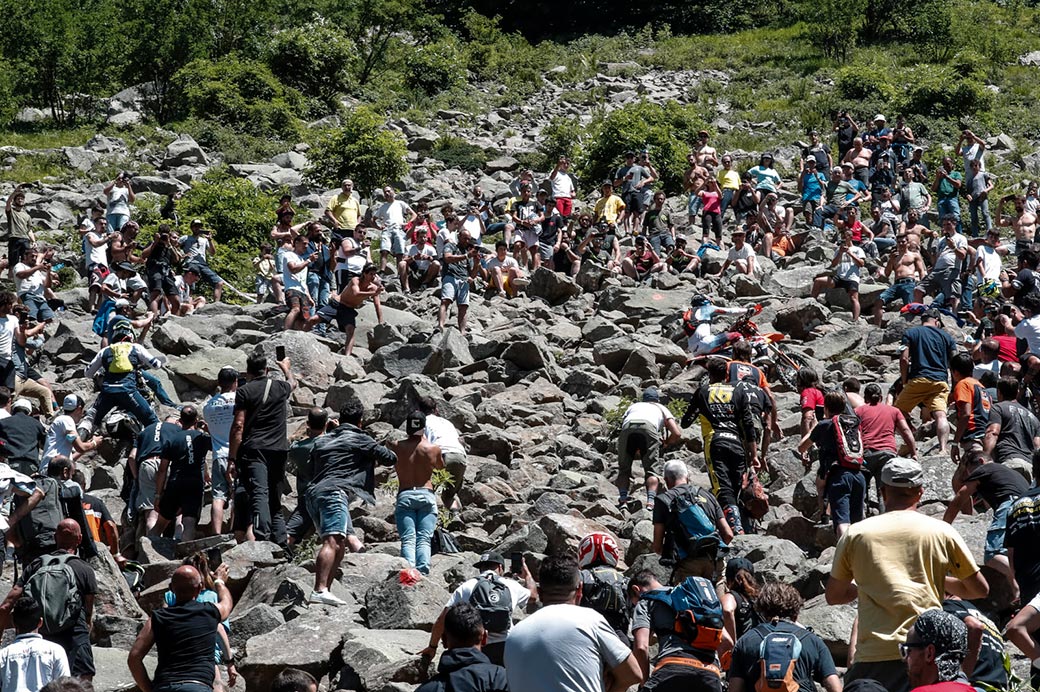 Getting down to the business end of the weekend, all eyes will turn to the LIQUI MOLY FINAL to determine the round four winner at Red Bull Abestone. Creating a spectacular backdrop, this year’s start line will be at 1,953 metres above sea level at the Abetone gondola. Riders will then face two laps of a track that’s 31 kilometres long. With multiple signature sections to negotiate, it is set to prove quite the workout.

At the head of the standings, the points race is incredibly close as we enter the halfway point in this year’s championship fight. Husqvarna Factory Racing’s Billy Bolt holds the upper hand over his rivals with a two point lead over Sherco Factory Racing’s Mario Roman, with Red Bull KTM Factory Racing’s Manuel Lettenbichler just a further three points behind in third.

With numerous injuries to contend with so far this season, Billy has yet to show his true form despite leading. Hungry to pocket a win, he’ll be aiming to repeat his Red Bull Abestone victory from 2021. Roman is already a race winner in 2022 thanks to his victory at Israel’s Minus 400. He was a deserving runner-up last time out at Red Bull Erzbergrodeo and will look for more glory in Italy.

Despite missing the season opener in Israel due to injury, Lettenbichler has returned to the championship swinging. Victory at both Xross Hard Enduro and Red Bull Erzbergrodeo puts him as a danger man to both Roman and Bolt. Chasing his third win on the bounce at Red Bull Abestone could also earn him the championship lead too if everything goes his way. 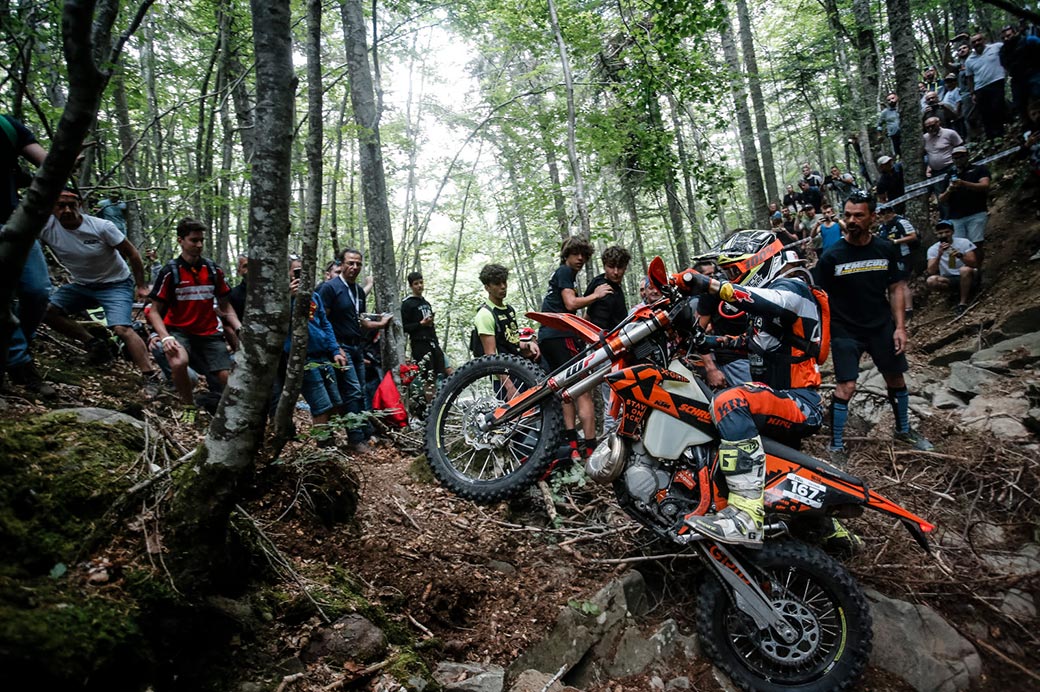 In the Junior class it’s Rigo Racing’s Matt Green who’s proven to be the rider to beat so far. The young South African has won both Junior rounds at Xross Hard Enduro and Red Bull Erzbergrodeo, while also fighting his way into the top 10 in the overall standings. Mitchell Brightmore (Rieju) and AG Racing Team 89’s Suff Sella (KTM) are second and third respectively in points and will try to close Green down in Italy.