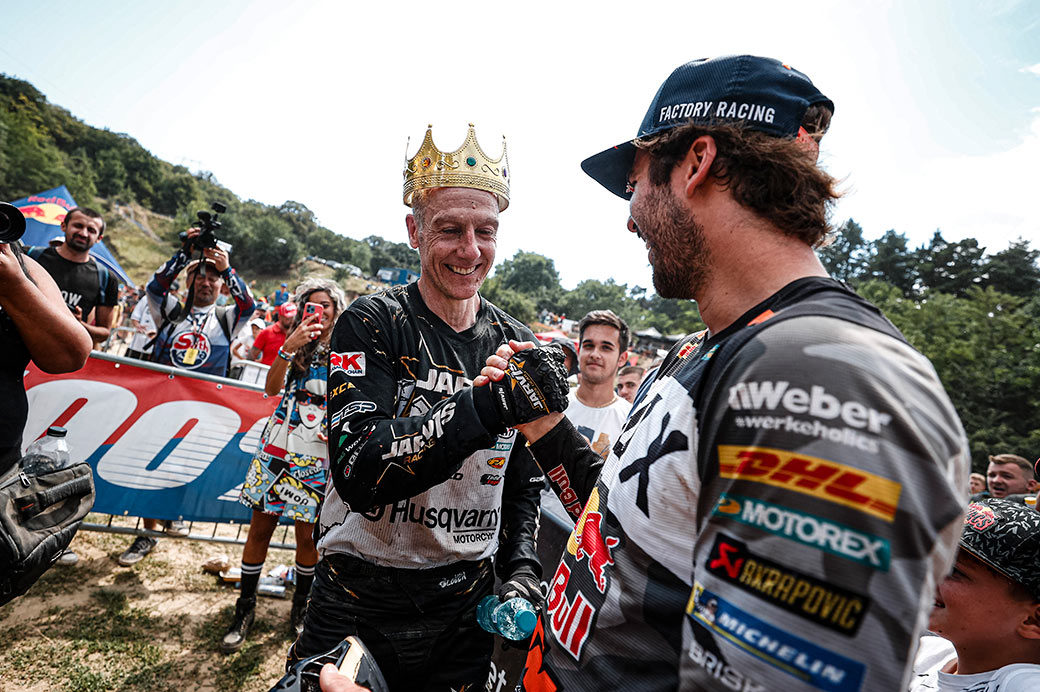 Jarvis Racing Team’s Graham Jarvis has won round five of the FIM Hard Enduro World Championship at Red Bull Romaniacs. While securing his first victory of the season, Jarvis further cemented his status as a Hard Enduro legend by making it a historic seventh win at the infamous ‘world’s toughest Hard Enduro Rallye’.

Proving yet again that there is no telling what he’s capable of, Graham Jarvis has won the fifth round of the FIM Hard Enduro World Championship, while also claiming a record-breaking seventh Red Bull Romaniacs victory. Five years since his previous win (and 14 years since his first!) Graham was back on the top step of the world’s toughest Hard Enduro Rallye podium. 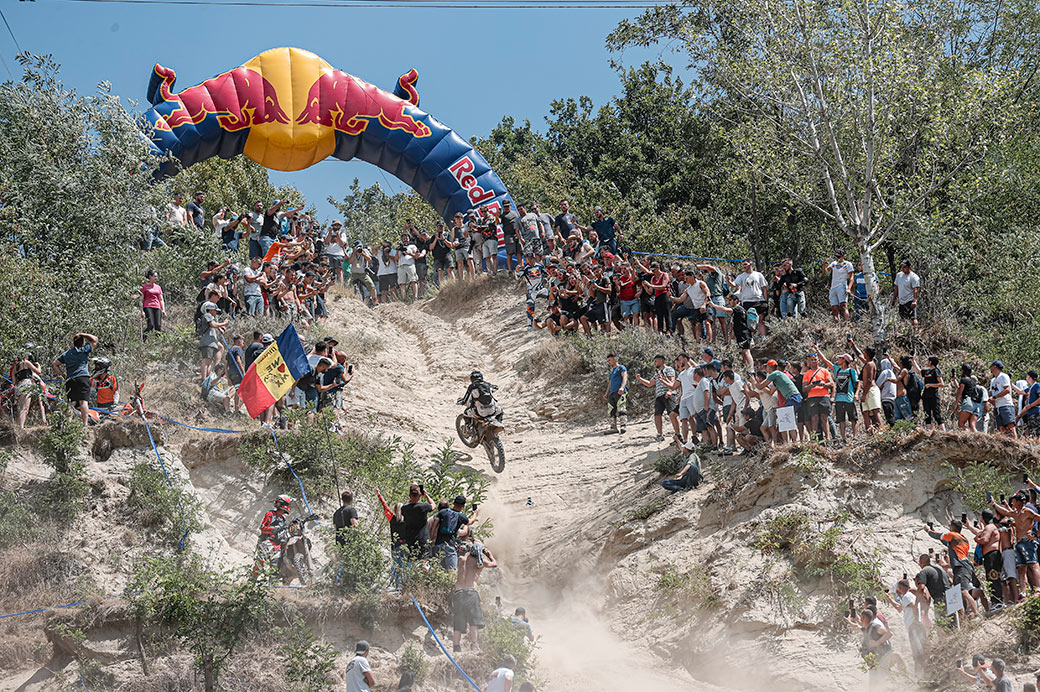 In what’s been a stellar week for the Jarvis Racing Team privateer, Graham arrived at the final Offroad Day knowing that he had a comfortable lead over Teodor Kabakchiev in second. Later admitting to feeling fatigued, the 47-year-old played his cards just right. Finding a comfortable, but competitive pace, he quietly went about his business.

Ticking off checkpoint after checkpoint without trouble, he moved himself closer to that elusive seventh win. Arriving at the finishing arena in Gusterita with time to spare, he calmly scaled the infamous final climb to cross the finish line as the overall winner. One year since he exited the race with a badly injured knee, Graham has firmly put that memory behind him. He also proves himself as a serious contender in this year’s championship fight. 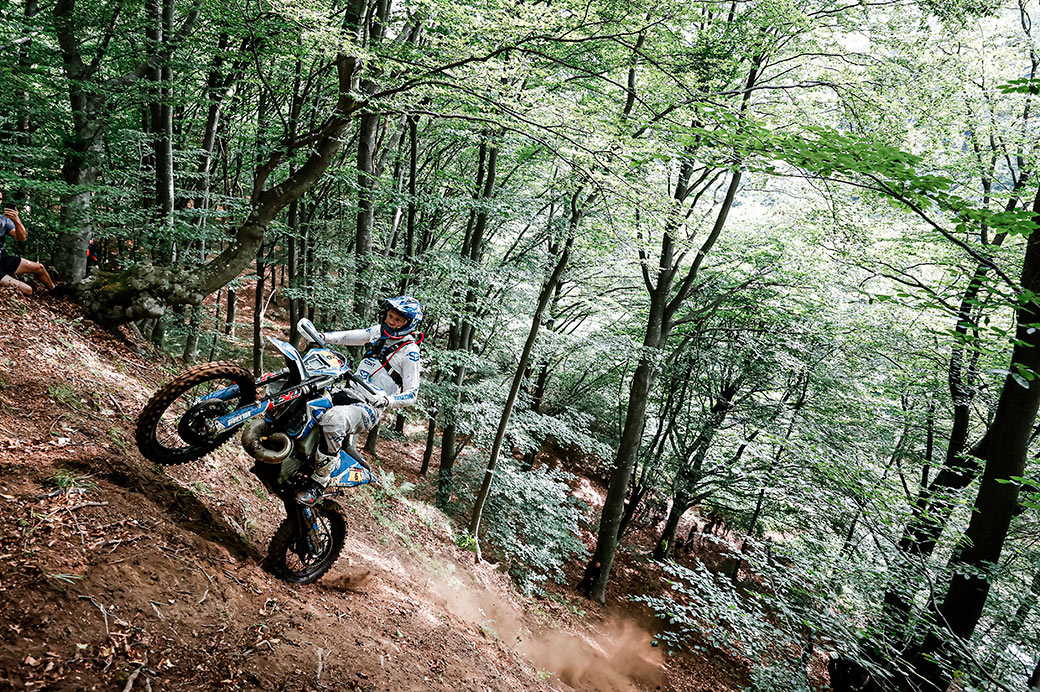 For Teodor Kabakchiev, the final day of racing in Romania delivered him his debut Red Bull Romaniacs podium and second top-three FIM Hard Enduro result of 2022. However, the young Bulgarian was not settling for second and hit the ground running this morning to try and pull time back on Jarvis. Four minutes quicker than Graham during the early sections, Teodor impressed. But in the end, Graham’s advantage would be too much and he had to settle for the runner-up position.

Signing off on an incredibly solid week of riding, Sherco Factory Racing’s Mario Roman completed the top three overall at round five. The Spaniard was riding strong today, picking up two checkpoint wins for second place on Offroad Day 4. Now, more importantly, third overall moves him back into the overall lead in this year’s title fight. 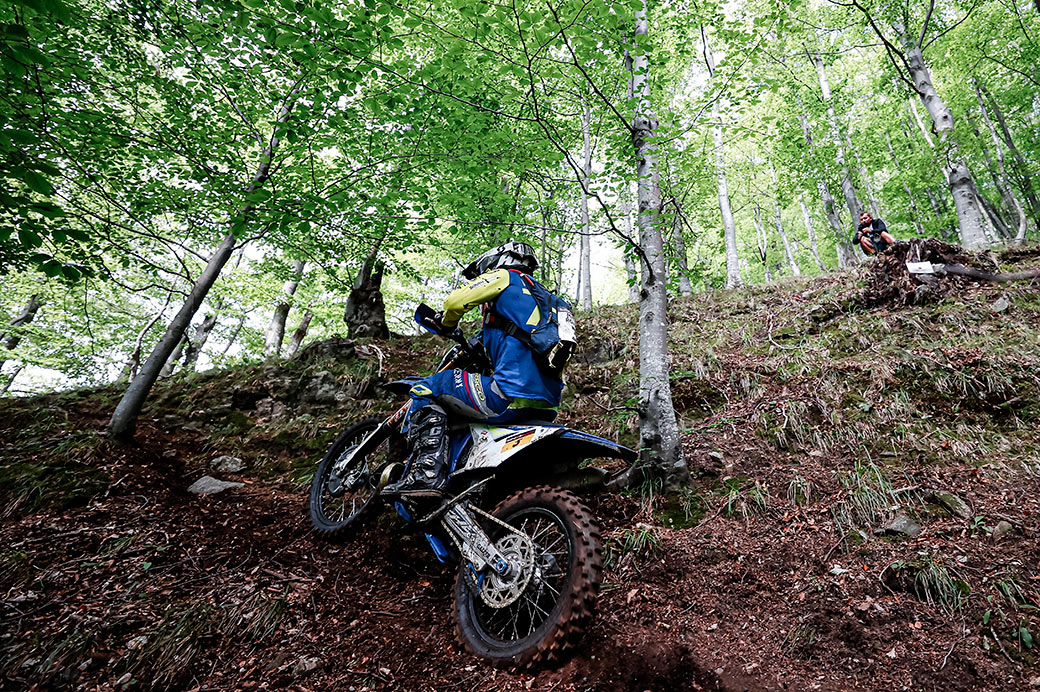 Behind the top three, the fight for fourth and fifth was set to go down to the wire between GASGAS’ Michael Walkner and FMF KTM Factory Racing’s Trystan Hart. Walkner had jumped ahead of the Canadian on Offroad Day 3, but Hart was not ready to give up the fight. A strong start this morning saw him place second fastest at the first checkpoint, before going on to top checkpoint eight and 10 in the afternoon. Walkner was giving chase to Hart, but then injured his foot before the service point and started to lose ground. Seeing his advantage slip, Walkner ultimately gave way to Hart and the KTM racer took fourth overall.

On the day it was Manuel Lettenbichler who won the fourth and final Offroad Day. Eager to end round five on a high, Mani blitzed the middle part of the day to open up a two-minute winning margin. Still reeling from his two-hour penalty sustained on Offroad Day 1, the German ended his race just outside the top five in sixth.

The FIM Hard Enduro World Championship now heads to North America for round six and Red Bull TKO on August 11-14. 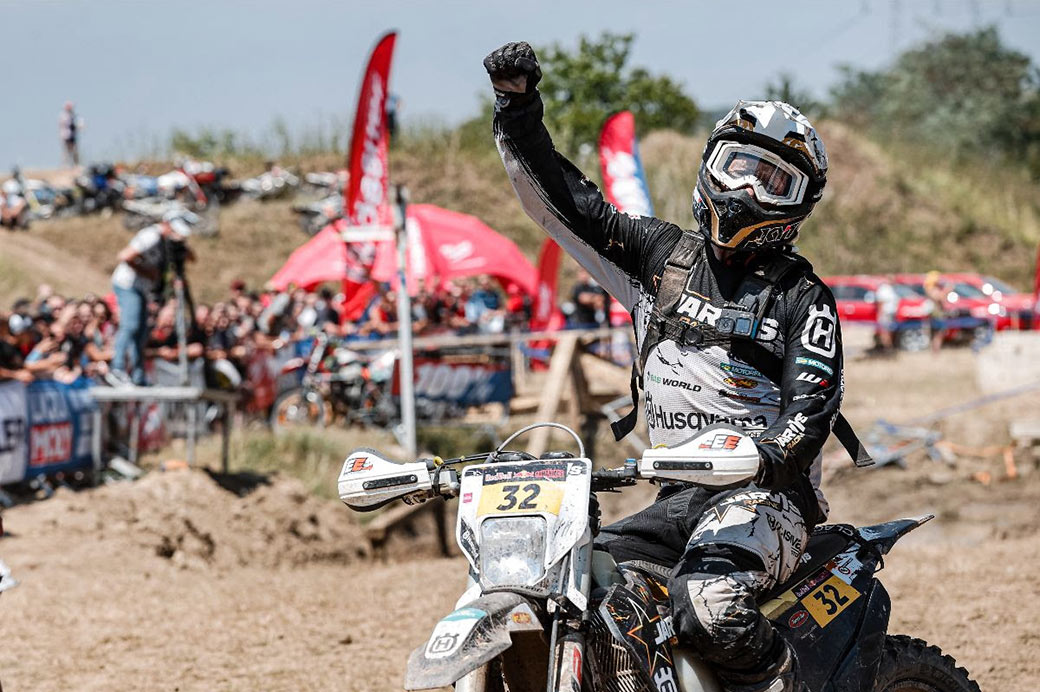 Graham Jarvis (Husqvarna): “It’s such an incredible feeling to win Red Bull Romaniacs again. I’ve done it seven times now, I don’t know what to say! In a race like this it takes a lot of effort all week to be there every day and I managed that. After last year’s knee injury I wasn’t sure how well I’d come back and if I’d be competitive again. It’s been a full year’s work, but I’ve done it. Not just getting back on the podium, but the top step too. Jarvis Racing Team is a full privateer effort, the guys around me are doing it because they love Hard Enduro as much as I do, so this win is for them as much as it is mine!”

Teodor Kabakchiev (KTM): “To get my first Red Bull Romaniacs podium is something special for sure. I’ve followed this race and these Hard Enduro legends since I was a kid, so being on the podium is amazing. The gap to Graham was big, but you never know what can happen in Hard Enduro, so I raced hard on the final day.”

Mario Roman (Sherco): “I’m super happy with third overall and finishing on the podium. Today was probably the hardest day of the week, the uphill sections just kept coming one after the other. All week my pace was pretty solid, but hats off to Teodor he was riding well. And Graham, well he’s just as amazing as ever. Overall it’s been a good result for the championship too. I’m now leading. Let’s hope I can build on that in the USA.”

Championship Standings (After round 5)