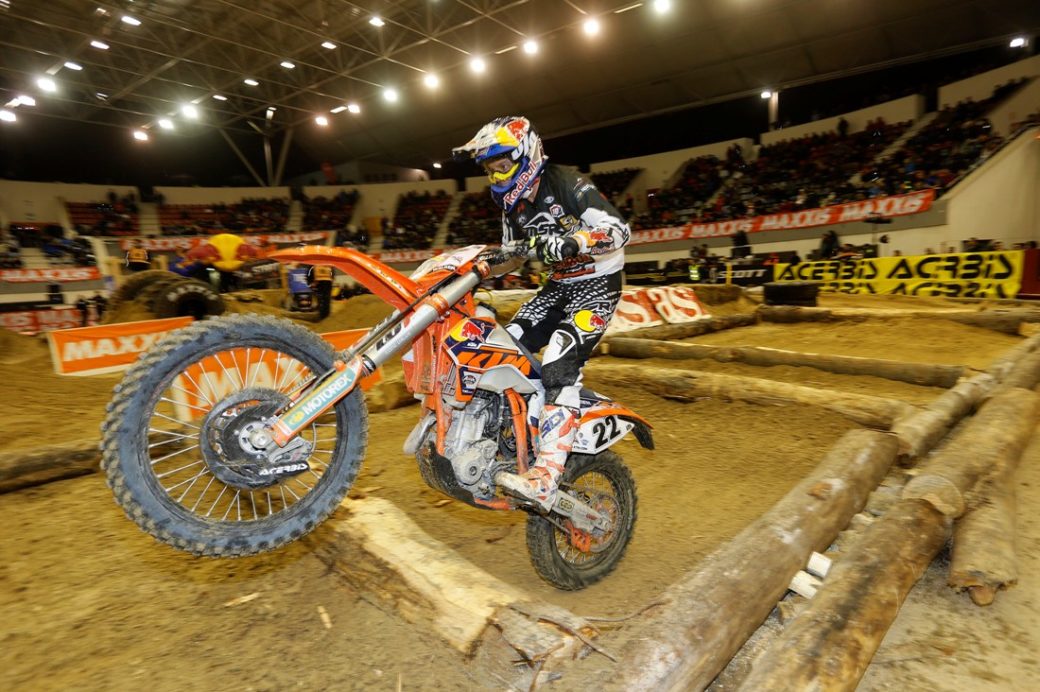 This column has been a bit of a tough one to write.

It’s pretty crazy how everything can turn upside down in a matter of days.

I had hoped to tell you that I am the new SuperEnduro World Champion but unfortunately it’s not the case.

But what I can say is that I never gave up trying to win. Even with a broken leg.

With the final two rounds of the series over back-to-back weekends in Prague and Madrid, I entered Prague in a good position with a nine-point lead in the series.

But within four laps of the first practice, my championship battle got turned on it’s head and instead it more became a fight to stay in the race.

I suffered a small crash in the log pit. I put my right leg out to save myself, something I’ve done probably a thousand times before, but this time luck wasn’t with me.

I felt something give and instantly I was in a lot of pain. I couldn’t believe it. Why now?

I rode off the track hurting and slumped in a chair in the pits.

It hurt to pull my boot off but there wasn’t any bruising, just a little bump in my leg.

I could sort of put weight on my leg and I knew with some painkillers I could still ride.

So I did. Somehow I held onto my championship lead by one-point.

Flying straight home I went straight to the hospital Sunday night, hoping for the best possible outcome from the X-ray machine, but the damage was done. I’d broken my right fibula.

I can’t explain how that news felt, but it was like a kick to the stomach.

I told myself I still had a chance. I had managed to ride in Prague and with a week of intense healing I could do it again in Madrid.

Arriving at Madrid on crutches was far from ideal. I knew I had some fast laps in me but to run the pace of Cody Webb and Colton Haaker was going to be impossible.

My hope was that if both had a problem, crashed into each and ruined their own races, then I needed to be on the track.

Unfortunately though Colton and Cody played a blinder and Colton got the title.

Honestly, it sucks to lose like this. I feel like that in first four rounds I hardly put a foot wrong and then one mistake in Prague cost me everything.

Although it’s all still fairly raw, there’s a lot I can take away from this championship.

I’m glad I kept trying right until the very end.

I gave it everything I had and even though I’m not a world champion that means a lot.