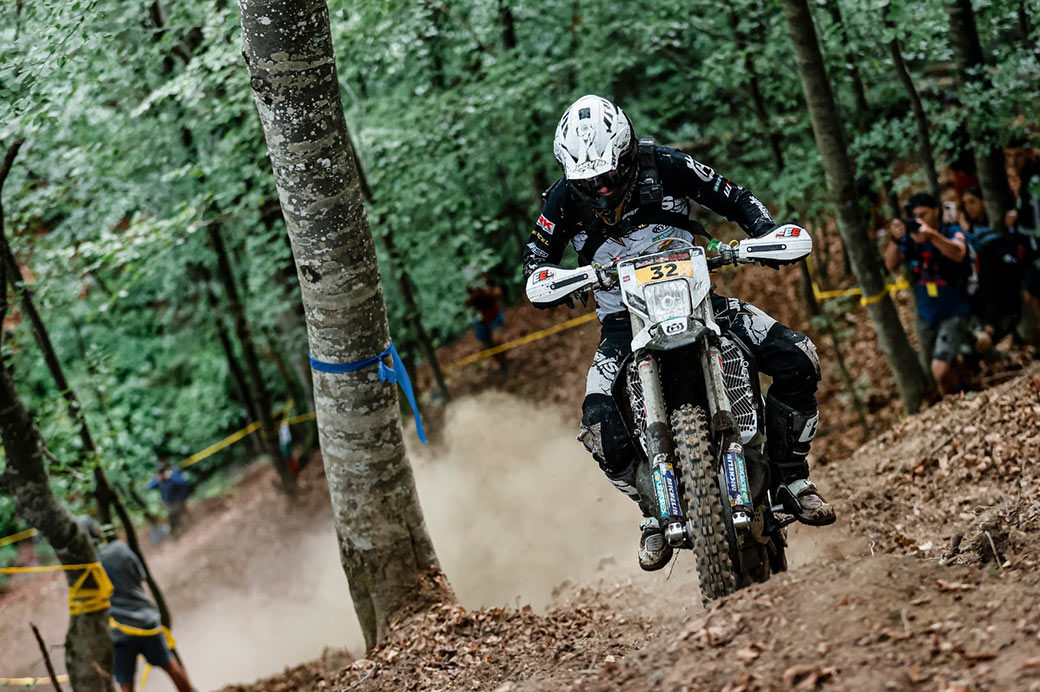 Edging ever closer to a historic seventh win at the world’s toughest Hard Enduro Rallye, Jarvis emerged from the tough penultimate day of racing as the winner.

The gloves were off today for Offroad Day 3 at Red Bull Romaniacs with Graham Jarvis putting on yet another outstanding performance at this year’s race. Determined to show that he’s hungry to fight at every opportunity for Offroad Day wins, the Brit pushed hard all day to keep his closest rival Lettenbichler at bay.

After Lettenbichler caught everyone on the hop yesterday to win by 16 minutes, Graham was in no mood to allow that to happen again. With the early morning high-speed grassy sections not quite to his liking, the Husqvarna rider turned up the heat when they entered more technical terrain. Pushing hard he topped two important checkpoints of the day and despite Lettenbichler fighting back in the closing stages, Graham had enough in hand to seal the win. 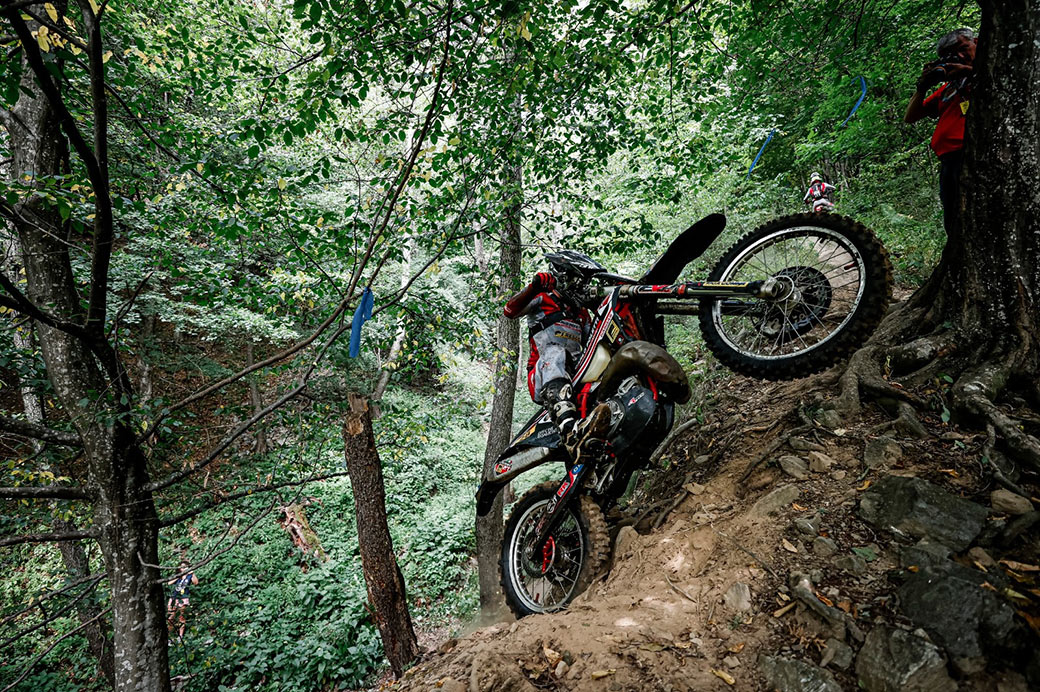 The victory, his second of the week, sees him extend his race lead to almost 16 minutes with just one more day remaining. Claiming the overall victory will see Graham secure a historic seventh Red Bull Romaniacs win.

After yesterday’s maximum attack, Lettenbichler found he didn’t have enough in the tank today to push again at 100 per cent. And with Jarvis upping the pace, the German was forced to settle in behind the Husqvarna rider and ride together. Moving up to sixth overall in classification, the KTM rider will aim to go all-out tomorrow to claim the final stage win.

Behind Jarvis and Lettenbichler, the battle for third was tight between Mario Roman, GASGAS’ Michael Walkner and Team Bulgaria powered by ECONT’s Teodor Kabakchiev. Walkner was on a mission during the morning and quickly caught up to Roman. The pair then stayed together to close in on Kabakchiev. 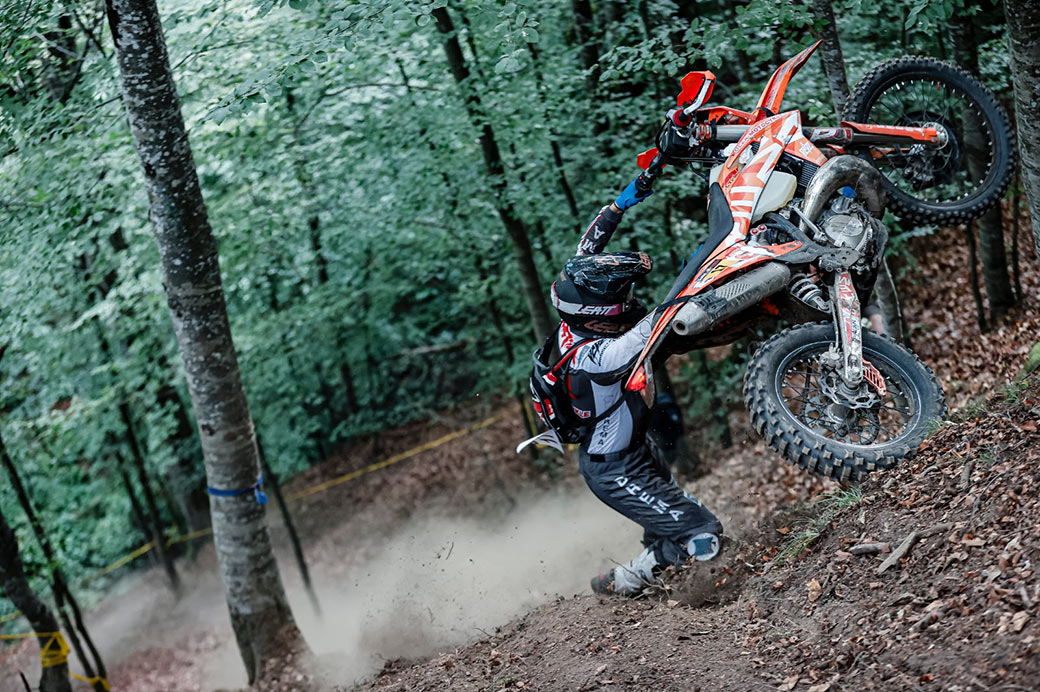 The pace Roman and Walkner were setting was high, however Roman just had a little extra in the closing stages to pull some time back on Walkner to claim third. In the overall standings it proved good teamwork for the duo, with Roman claiming some time on Kabakchiev in second, while Walkner overtook FMF KTM Factory Racing’s Trystan Hart to move into fourth.

While the battles were plenty at the top of the standings, we also saw the race end for numerous riders. Tuesday’s prologue top-two of AG Racing Team 89’s Alfredo Gomez and GASGAS Factory Racing’s Taddy Blazusiak both retired. There was disappointment too for Italy’s Sonny Goggia (KTM) who dropped out of sixth overall due to injury. 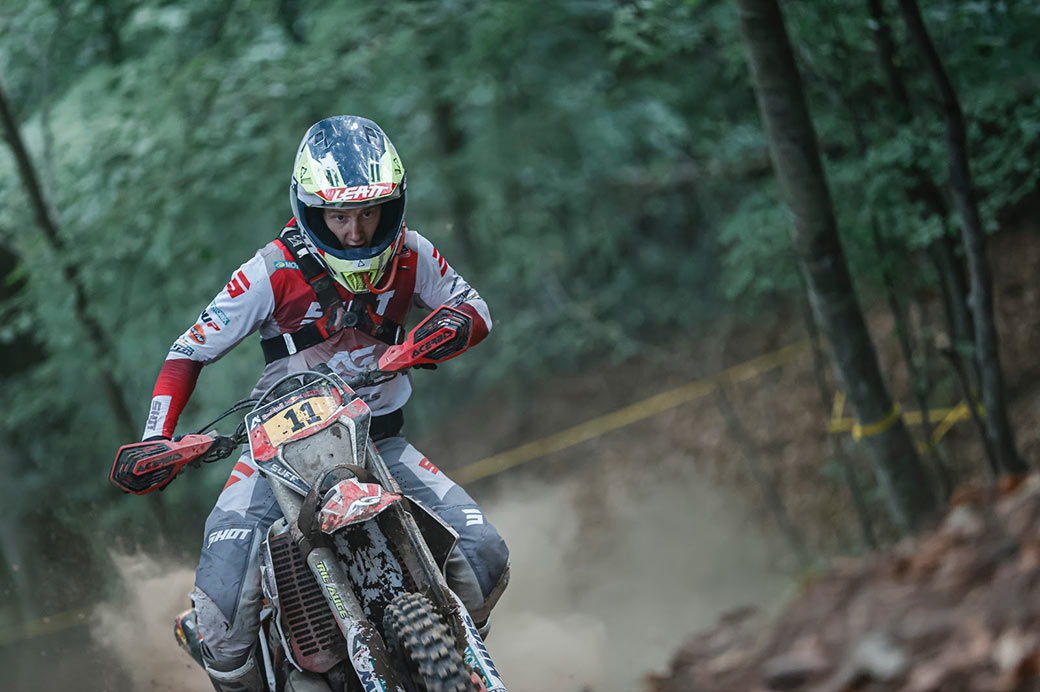 Mario Roman (Sherco): “This morning the pace was very fast. I felt like I was near my limit and then when Michael Walkner caught up to me, I was surprised. But he was riding well, and we stayed together and made some good time. We caught up to Teodor after that too and that’s been good for the overall for sure.”

Michael Walkner (GASGAS): “I was pushing hard in the beginning to catch Mario and when I caught up to him, we were able to ride together. We both picked up some more speed and used that to catch up to Teodor. It’s still quite tight for the podium positions with one day to go. I have an outside shot, so I’ll push like crazy!”

Trystan Hart (KTM): “I felt way better in the second half of the day. This morning I just wasn’t riding good. On a grassy section I wasn’t comfortable on it due to the hidden rocks and ruts and that sort of took me a while to regroup from. I’ve dropped a bit of time now to Walkner, hopefully tomorrow I can come back strong and get fourth.”