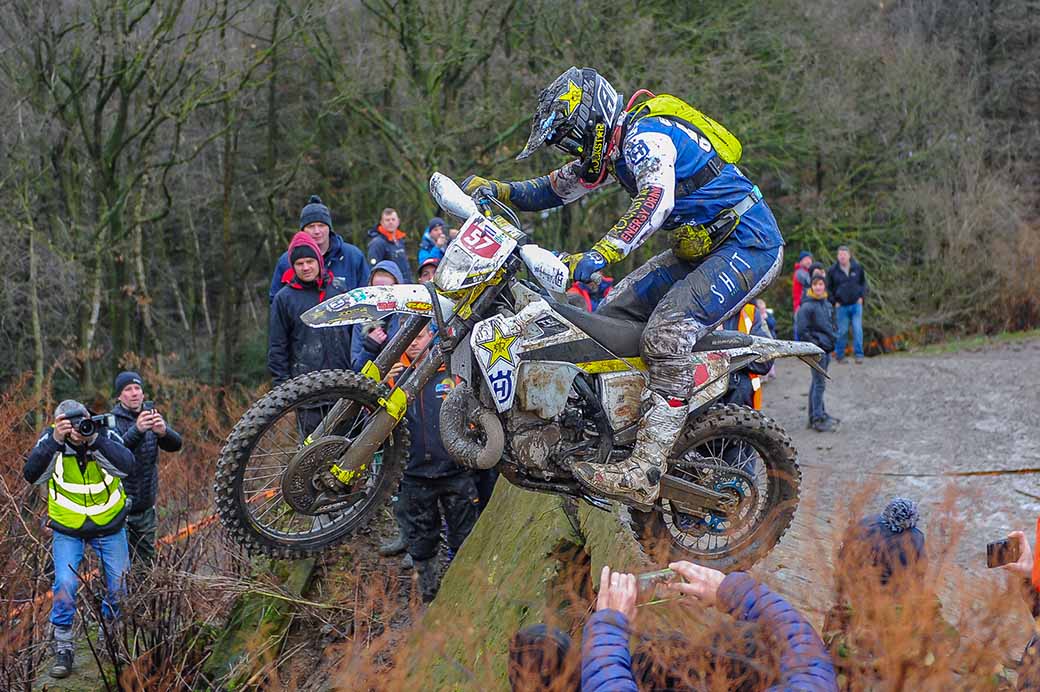 Billy Bolt got his Extreme Enduro campaign off to a flying start with victory at Tong (Image: Chris Hudson)

The opening round of the ACU British Extreme Enduro Championship returned to one of the UK’s most iconic extreme venues, Tong, last weekend.

From late December, Paul Edmondson and Tom Sagar, the masterminds behind Fast Eddy Racing, teased a star-studded line-up of riders and brand-new course changes that really prove how ‘extreme’ Tong can be.

The event has seen a multitude of world-class riders take to the starting line, but this year was looking to top the rest with a number of World Enduro Super Series stars joining in and over 140 bikes on the line for the first race followed by 100 in the second race 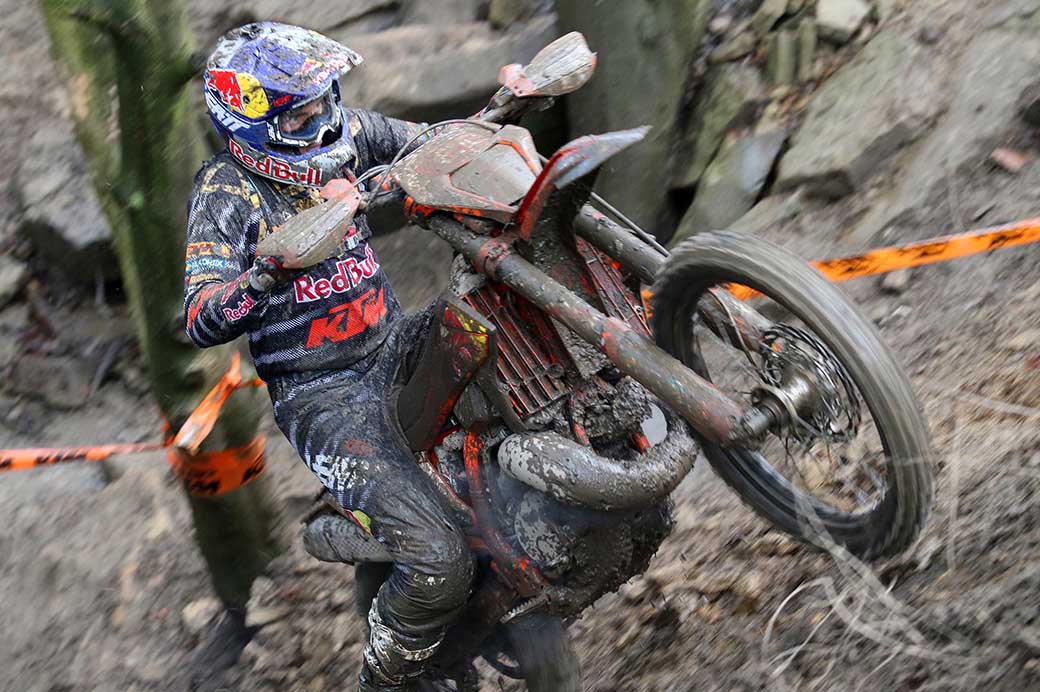 Rockstar Energy Husqvarna Factory Racing’s Billy Bolt had proved himself a force to be reckoned with in past years here, and this year was no different. Fellow WESS competitor Jonny Walker (Red Bull KTM Factory Racing) also turned up and Walker’s KTM tea-mate Taddy Blazusiak also looked eager to get going.

UK enduro legend Paul Bolton added to the already competitive line-up to give the young boys a run for their money. Pol Tarres from the Italian Husqvarna TTR Officine Rigamonti Team was meant to be joining the fun but unfortunately couldn’t ride due to injury.

Although Tong is loved for its famous difficult spots – such as the rock garden, the ditch jump, the waterfall and many more – this year, Fast Eddy Racing’s Tom Sagar had some new surprises in store for both riders and spectators. 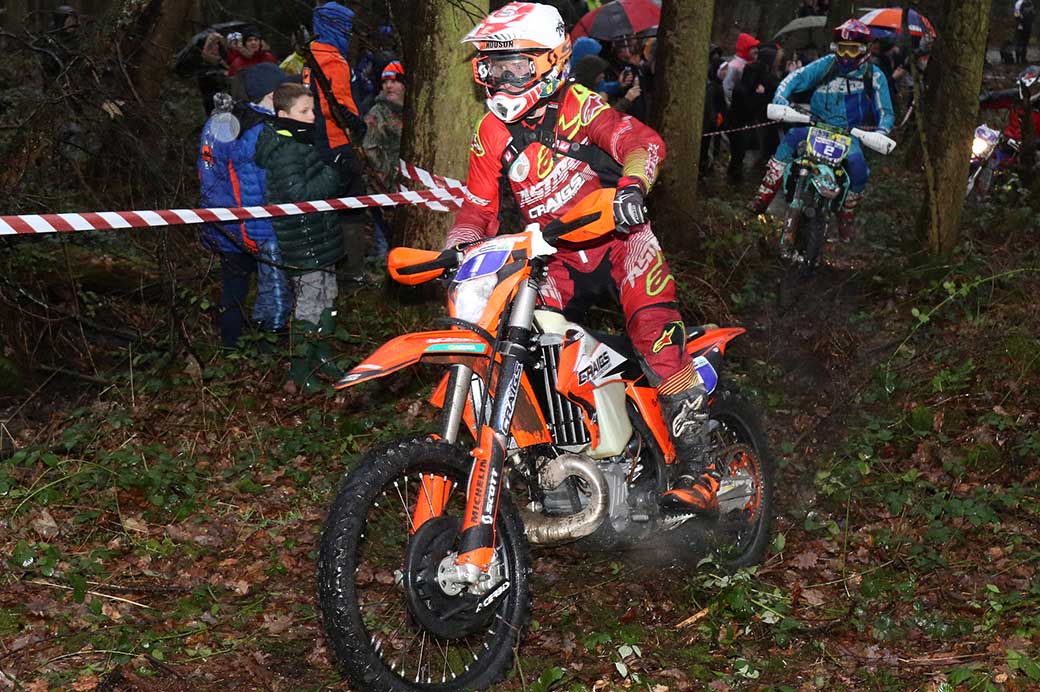 He introduced ‘Eddy’s X Loop’, a number of hard loops around the course which were no-help zones with no easy routes either for the afternoon race, which meant that the event took the word ‘extreme’ to another level.

The waterfall was no longer the difficult route but one of the easier ones, meaning the majority of riders had no choice but to try their luck at getting up it. After everyone had completed their long, detailed track walks that morning and the previous day, it was time for the first British Extreme race of 2020.

The morning course was tough, all the infamous spots such as the waterfall, the ditch jump, the ravines and the rock garden were included. Absolute carnage ruled in a couple of places during the first two laps but once everyone settled down and picked lines, it all became slightly easier, but only slightly. Mark Houson stormed the course, flew ahead of the rest of the riders and took the overall win in the AM race a lap ahead of second place. Despite the difficult track, he made it seem easy as he weaved through the queues of riders at the bottom of every hill climb and completed them all in one run every time.

Second place went to Alex Owen who also rode extremely well, followed by Darren Skillin a lap behind him.

The Youth class hit the course hard putting in very competitive times and Brandon Burns took the lead on the first lap and held it for the rest of the race, eventually finishing fifth overall, an incredible feat among some very experienced riders.

With nearly 100 Sportsman riders it was anyone’s guess who would win but Scott Hipwell eventually took charge, a cracking ride giving him third overall and the class win over Ben Tennant and Richard Banks. 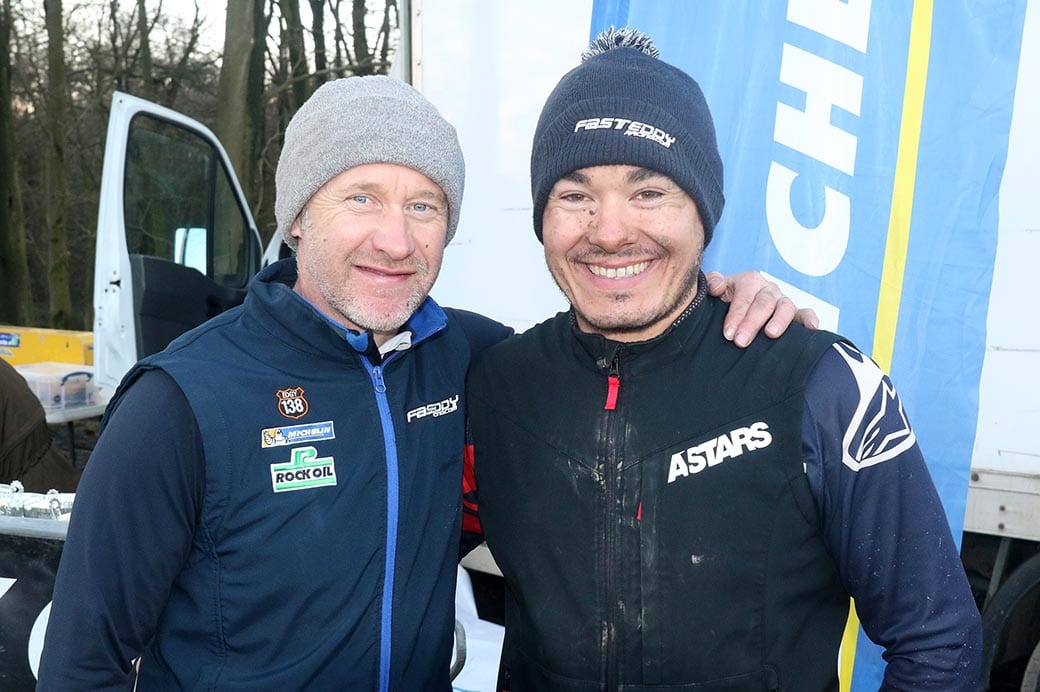 The Championship class is always one to watch, and with 10 talented competitors, it made for a brilliant two-and-a-half hours of racing. With a multitude of lines to choose from off the start-line, it was hard to tell who really got the holeshot but as the first lap got underway Bolt secured the lead with Walker right behind him.

In one part of ‘Eddy’s X Loop’, where the harder, but faster, option was to bypass the waterfall by tackling a steep hill climb, Bolt made it halfway and lost his momentum, forcing him to turn around and go up the waterfall instead.

While he was doing this, Walker took the hard option and reached the top of the hill just as Bolt was going past. Walker was stuck in a vicious cycle of making-up time though, then making mistakes which pushed him back again, meaning he just couldn’t close that gap, eventually finishing six minutes behind Bolt.

Blazusiak finished third after just making too many mistakes throughout the race which cost him precious time and left him a lap down on Bolt and Walker by the time he crossed the finish line.

You could see the enjoyment on the crowd favourite’s face, though, as he tackled the most famous spots, flying over the ditch jump with ease every lap, despite the log being placed just a few metres before the jump.

Bolton took fourth place after a convincing but difficult ride. Some parts of ‘Eddy’s X Loop’ got the better of him as he took the hill climbs bit by bit, but he was still one of the few who managed to complete them with no help. 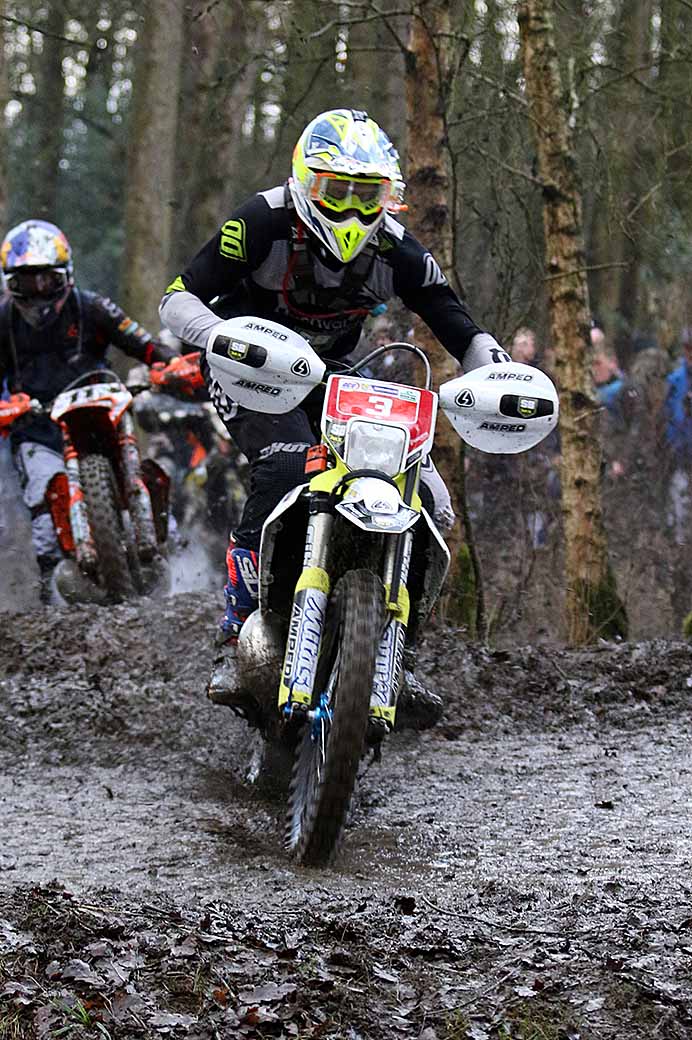 Fifth went to Hancock, an impressive feat considering the competition from the other Championship riders was world-class. Both Bolton and Hancock finished two laps down on Bolt and Walker, who completed a noteworthy nine laps.

A significant group of Expert riders followed the Championship class home. Ricky Wiggins put on a terrific show to take seventh overall and top spot in the Expert class, 10 minutes ahead of his nearest class competitor.

He was up against some fierce competition but still managed to get well inside the top-10 with second-in-class Ben Wibberley finishing 11th overall. Shane Carless was four minutes behind Ben in third.

In 19th spot, Mitchell Brightmore was top Clubman rider on the day with six laps under his belt. Jordan Hayes just made second, a lap behind Brightmore, as James Allen took third in class.

The Clubman class actually saw the highest amount of DNF’s, with a third of the riders unable to finish.

Remarkably, Harold Crawford in the Elite Vets class made it to 16th overall and easily claimed first in class, despite plenty of competition along the way. Stephen Dixon was eight minutes behind in second spot while Gavin Johnstone completed the Elite Vets top-three, two laps down on Crawford and Dixon.