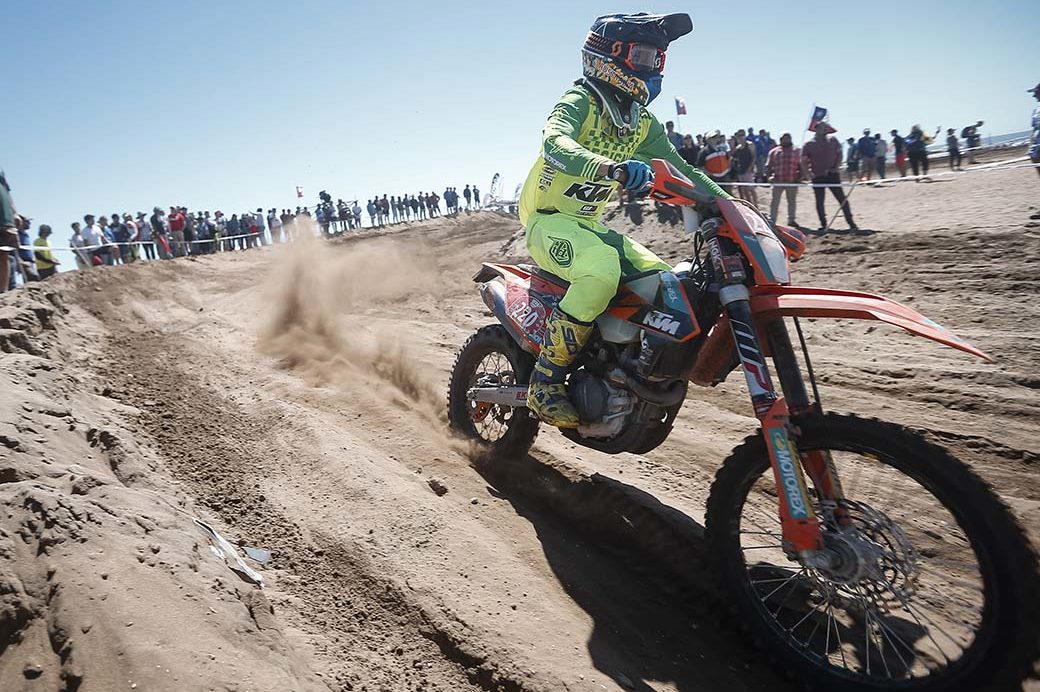 The FIM International Six Days Enduro in Chile saw Australia pull out all the stops. The most dominant team over the week-long race, they secured victory over closest rivals USA, with Italy rounding out the top three in the World Trophy classification.

The Junior World trophy saw Italy return to the top step of the podium for the first time since 2008, while Australia carded a record-breaking sixth consecutive victory in the Women’s World Trophy category.

With the wait for this year’s ISDE finally over, 446 competitors from 25 nations rolled off the starting ramp on day one in Viña del Mar. Hot temperatures, winds and some seriously dry terrain ensured things would be very dusty from the off.

As riders churned up the dirt, a haze of dust clouds lingered long in the air, affecting even those fast enough to be front-runners. Day one saw the USA grab an early lead as riders pushed for position knowing a strong ride would result in a better start time for day two. 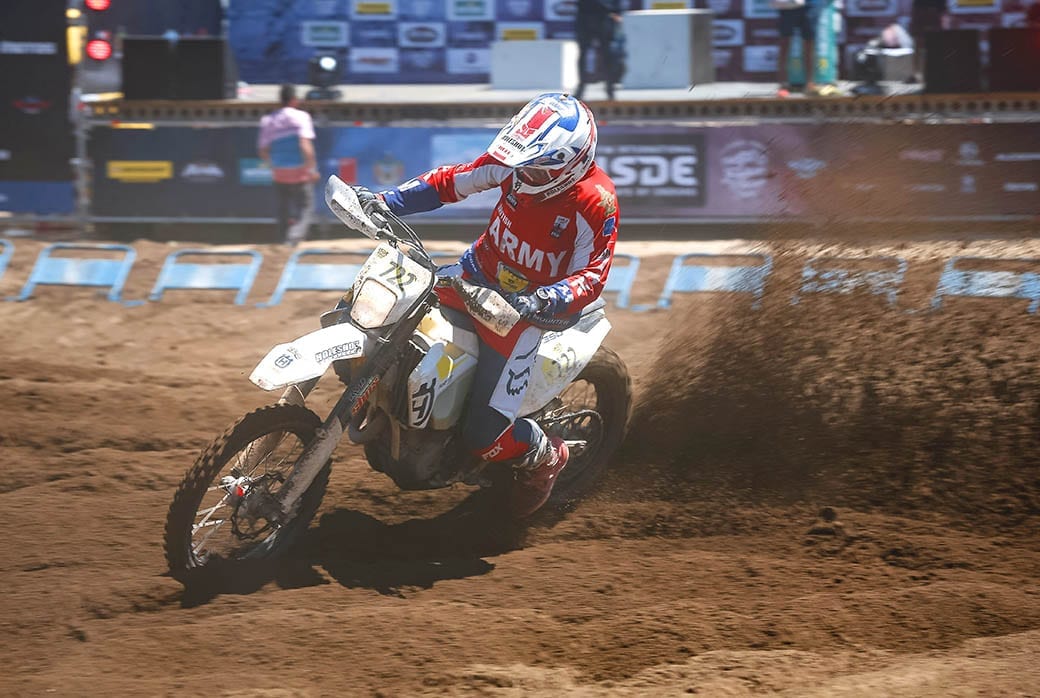 Australia were not far behind and the following day took control of the race lead. Despite losing team rider Lyndon Snodgrass with a mechanical, being a ‘man down’ never slowed them and they continued to build their lead as the days progressed. Eventually they claimed a commanding seven-minute victory over the USA, with Italy a further three minutes back in third.

Relentless at the front of the field, Australia’s Daniel Milner (KTM) and Daniel Sanders (Husqvarna) – joined by USA’s Taylor Robert (KTM) – set the pace for the week. Robert was fastest on day one but Milner led from day two onwards, winning the majority of special tests. Breaking away from the duo, he went on to claim the individual overall and the Enduro 3 category win too.

“This is a huge result for us,” said Milner. We last won in 2015 but this year is even more special simply because we have been so strong all week. Unfortunately Lyndon Snodgrass dropped out on day two and we knew then how easily things could go wrong. But we never gave up fighting all week – the boys have ridden so, so well.

“To get this victory, along with the girls winning their class plus myself taking the individual win, is about as good as it gets for Australia and a result which is going to take a very long time to sink in.”

While Italy finished third, it was actually their Junior guys who impressed most. With this year’s Enduro Junior 1-2 of Matteo Cavallo (Beta) and Andrea Verona (TM) pushing each other on, the team of Cavallo, Verona and Davide Soreca (TM) won all but one day to take victory by nearly four minutes over USA. Verona in particular was most impressive, claiming the Enduro 1 class win and sixth overall, with Cavallo seventh.

“It’s just an unbelievable feeling,” said Verona. We knew coming into Chile that we could fight for the win but we never imagined the entire week would go as well as it has. Every day we pushed hard and never settled for position and I think that showed by only losing one day. It’s been 10 years since Italy last won this class so that’s special too.”

Remaining the dominant force in women’s Enduro, Australia firmly stamped their authority on this year’s Women’s World Trophy class. Securing their sixth consecutive day win, they rode into the record books as six-time champions, now unbeaten since Sardinia in 2013.

“It’s incredible to think that this is our sixth FIM Women’s Trophy win,” said Tayla Jones (Husqvarna). It’s so difficult to win it once, let alone six times. I can’t thank all the team enough for their efforts in helping us achieve this result.”

Behind them, the United States claimed the runner-up result, becoming the only nation to secure a podium result in all three categories. Spain joined Australia and the United States on the podium for third, while France and Sweden round out the top five.

You’ve got to be tough to see an ISDE through. Whether it’s your first or fifth like Kalem Hicks, you roll with the punches and if that means a few broken toes then so be it.

“This was my fifth ISDE and my best result of 16th in C2,” he said. But I also feel like it was one of the easier ones in terms of the riding. Don’t get me wrong, six days on a bike is tough, it’s just that the liaison sections between the special tests were easier than usual.

“The opening two days had a lot of road. Days three and four were pretty good for off-road sections but then it was back to the road on day five. Day five was the hardest for me because I hit a tree stump on the opening test and broke two toes and damaged my foot as a result. I really had to grit my teeth to get through it after that, so all things considered I’m happy with 16th in class.”

While Great Britain weren’t present in the World Trophy classes, they were represented in the Club Team category, thanks to Team Army MCA and the Dyfed Dirt Bike Club. With a cracking fifth from the Army boys and 59th from the Dyfed crew, out of 106 teams, it was a good week all round. 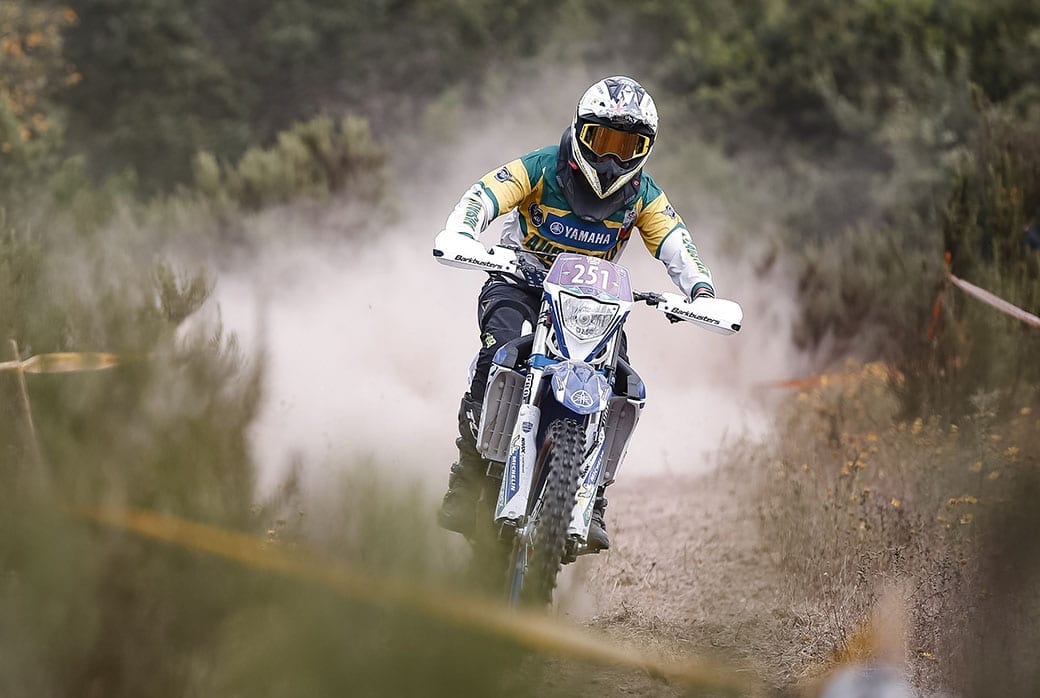 Team Army MCA were in the hunt from the word go, adapting fast to the horrendously dusty and dry Chilean terrain. Led by Tom Ellwood and flanked by Kalem Hicks and Aaron Coupland, they pushed hard and were always within shout of the top three. Looking to follow a similar form, Dyfed Dirt Bike Club didn’t get off to the best of starts. Rhys George was a retirement on day one, but restarted day two and put in a strong ride.

Gareth Jones had a good day one and two, but retired from day three. He got going again on day four to finish out the week. Alun Jones was the best placed, enjoying a good week of racing. He finished every day to keep things together.