The United States claimed the 2019 ISDE FIM World Trophy victory at the ninety-fourth edition of the FIM International Six Days of Enduro in Portimao, Portugal.

In what is now their second win in the event, the United States led home RecoveR8 Team Australia in second with Italy – hosts for the 2020 FIM ISDE – securing third. 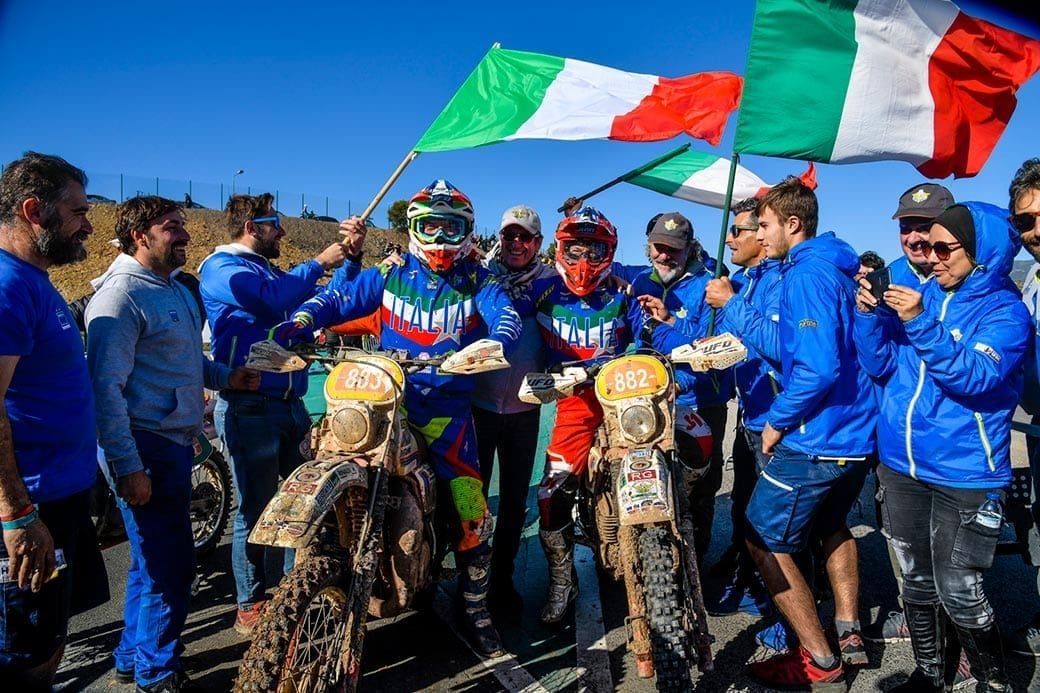 The fourth edition of the FIM Enduro Vintage Trophy saw Italy triumph over Germany and France.

Proving themselves as the nation to beat in this year’s FIM ISDE, the United States won back the FIM World Trophy they last held in 2016. After edging out early pace setters RecoveR8 Team Australia during the midway stage in the race, they grew stronger as the week progressed.

“It’s an amazing feeling to win the FIM ISDE,” told Sipes. “It was an honour to be on the team when we first won it in Spain in 2016 and now to have this moment again is incredible.

“It’s been a real team effort this week. I think everyone came together to deliver this winning result. I can’t thank everyone involved for the support they’ve given us all – it’s not just us riders doing it, it’s the team manager, mechanics, volunteers and all those back home who’ve got us this far. We’ll celebrate tonight, that’s for sure.”

As defending champions, RecoveR8 Team Australia never gave up, claiming victory on day six. But with the deficit to their rivals too much to bridge, they ultimately had to settle for the runner-up result in this year’s title fight. Strong throughout the competition, Italy made no mistakes on the day to claim the third and final step of the FIM World Trophy podium.

Spain rode hard to collect fourth in this year’s race with Finland and France completing the top six.

RecoveR8 Team Australia made no mistakes on the sixth and final day of competition at the FIM ISDE to race their way onto the top step of the FIM Junior World Trophy podium. Despite holding a commanding lead over their rivals, the Australian trio of Michael Driscoll – Yamaha, Lyndon Snodgrass – Husqvarna and Fraser Higlett – Husqvarna still topped today’s motocross to cement themselves as this year’s Junior champions.

“As a team we came out strong this week,” said Lyndon Snodgrass. “We wanted a strong start to the week, and I feel like we did just that. It put us in a good position and earned us a big lead that we needed to then maintain. As leaders it gave us that extra confidence to keep setting the pace.”

“All told we were still nervous starting out this morning, but once the racing got going we settled into things. Crossing the finish line – knowing you put everything you had into six days of racing – as World champions is a very special feeling indeed.”

Offering the Australians their greatest challenge all week, the United States kept them honest right until the end. Securing second overall, they ended their week nine minutes and thirteen seconds behind the winners. Spain rode resiliently to third overall in the proceedings. Host nation Portugal impressed finishing out the week strongly for fourth overall, while Belgium rounded out the top five.

Creating their own piece of Enduro history, the trio of Rebecca Sheets – KTM, Brandy Richards – KTM and Tarah Gieger – Honda secured United States’ second FIM Women’s World Trophy win, their first since topping the inaugural running of the category in 2007. Bravely putting an end to Australia’s six-year win streak, the United States rightfully earned their place on the top step of the podium in Portimao.

“The nerves were really high coming into today, I think everyone was so relieved to cross the finish line as World champions,” commented Brandy Richards. “We’ve had a brilliant week and aside from some minor moments, we’ve been strong every day and I think that’s been the key this year.”

“The FIM ISDE is so tough – it wears you down, but you’ve just got to keep fighting. We did that and now finally the victory is ours. Also, with the boys winning the FIM World Trophy class too, it’s certainly put the United States on top!”

With a healthy margin over Great Britain in third, Germany put in a solid final day of riding to claim their place as runners-up in the category. In what has been a successful FIM ISDE debut, Great Britain took third overall and are sure to become title contender in future editions.

Sweden held off Spain to take fifth, while Portugal will be pleased with their efforts on home soil for sixth.

With the outright fastest time on the day, Spain’s Josep Garcia – KTM topped the Enduro 1 class for the sixth time. Consistently proving himself as the rider to beat each day, Garcia secured the overall category win. Behind him, Ryan Sipes held off top Junior Lyndon Snodgrass by thirty-eight seconds after more than four and a half hours of timed racing to claim second. Australia’s Luke Styke – Yamaha and Finland’s Eero Remes – Yamaha completed the top five.

Signing off on his 2019 FIM ISDE in style, Taylor Robert claimed the day six Enduro 2 win to ultimately claim the overall category victory. Ensuring another memorable result for the United States, Kailub Russell joined him on the podium in second. Italy’s Davide Guarneri – Honda rounded out the top three.

In the final battle for Enduro Women honours, Brandy Richards secured the day six win over Germany’s Maria Franke – KTM. However, it was Franke who enjoyed the spoils of victory claiming the outright Enduro Women’s win in this year’s FIM ISDE.

The final day of competition in the EVT class saw Italy’s Stefano Passeri – KTM come out on top. He was followed home by Australia’s Rick Madden – Husqvarna in second with Mario Rinaldi – KTM third.

The ninety-fifth edition of the FIM ISDE will take place in Rivanazzano Terme, Italy from 31 August 31 to 5 September 2020. 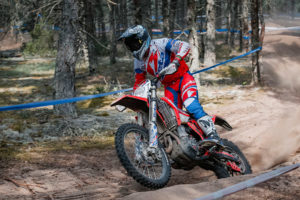 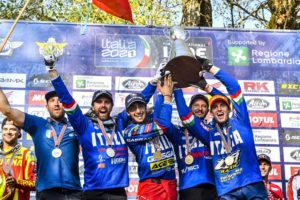 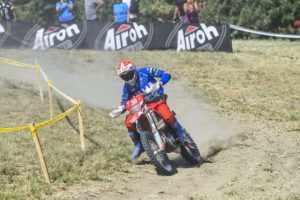 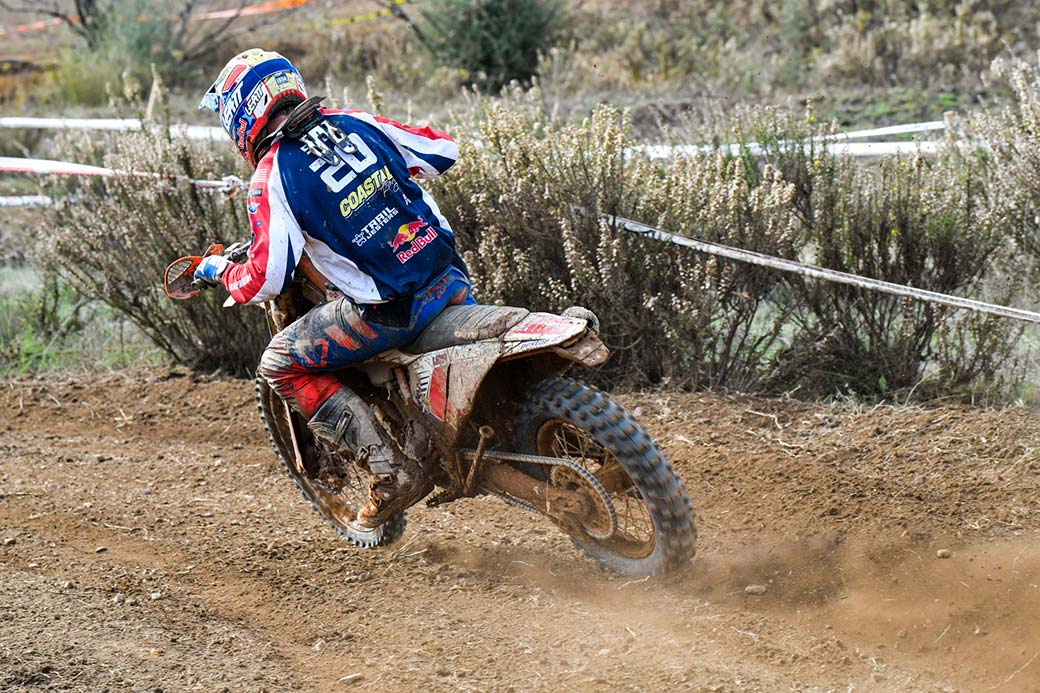 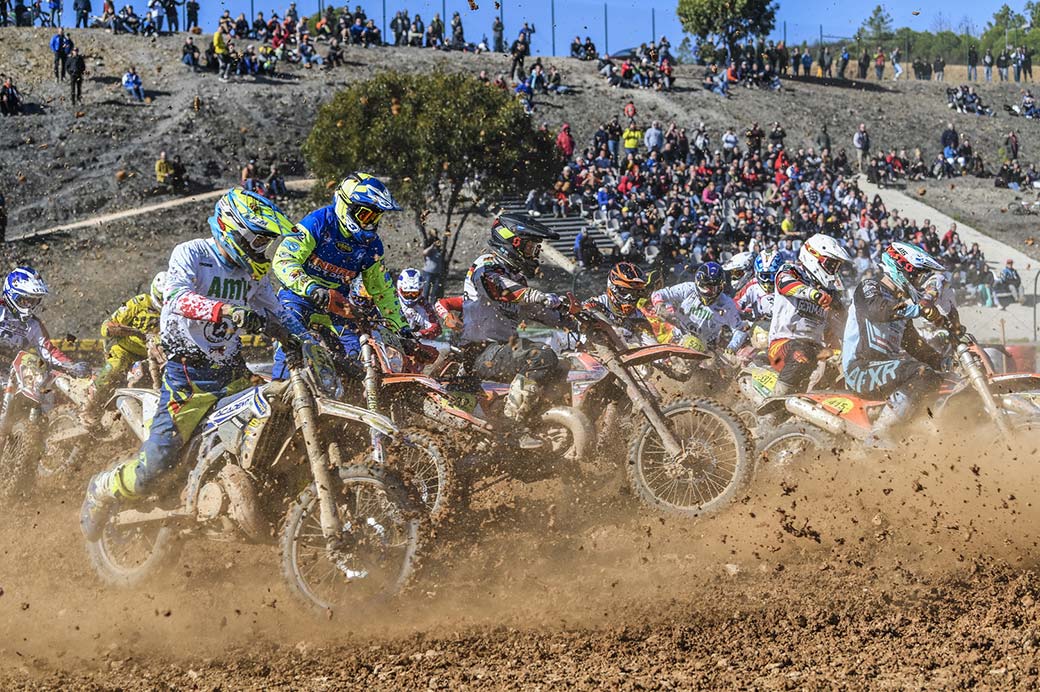