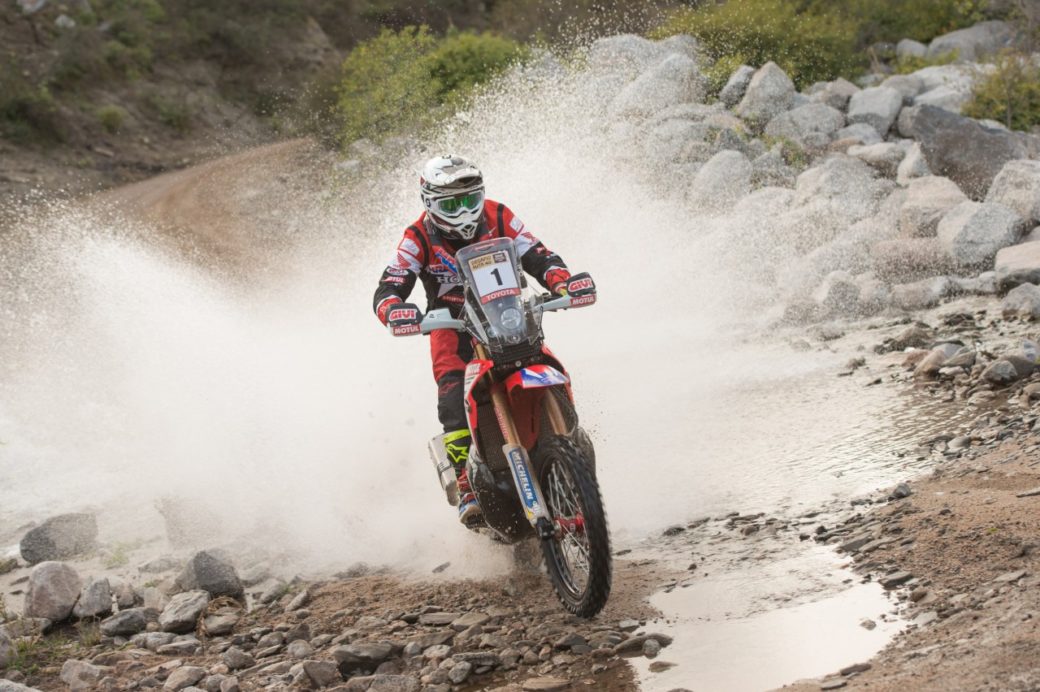 Team HRC dominated the rally. On day one the Honda riders occupied the top four places and subsequently held on to them throughout the entire Desafío Ruta 40.

Kevin Benavides clinched the final stage victory today. This was the Argentine’s third stage win. Benavides managed to keep the attacks from teammate Joan Barreda contained to grab the overall victory. This is the first triumph for Benavides in the Ruta 40 and the second win this year after the success in the Merzouga Rally in May.

It wasn’t the best day for Joan Barreda, eager to make up the twenty-three second deficit with the race leader. However, the dust raised by Benavides in front led to the Spanish rider over-running a curve and ditching the bike on a slope. Fortunately, teammate Paulo Goncalves was at hand to help get the bike back on track and allow Barrreda to finish the special stage.

It was indeed Goncalves who posted the day’s second fastest time in the closing stage of the Desafío Ruta 40, to consolidate his third place final podium finish. Michael Metge continued to regain momentum after the opening day’s mishap, taking the fourth fastest time, as the race wound up in La Rioja, with fifth in the overall rankings.

“I’m really pleased, really happy,” said a delighted Kevin. “Joan and I were very close with only 23 seconds separating us. To have someone like Barreda behind is an added pressure. I knew that I had to give it 100 percent.

I went very fast, trying not to make any mistakes and luckily, everything turned out great. I wish to thank HRC, Honda South America, the team mechanics and all the people who have supported us.”