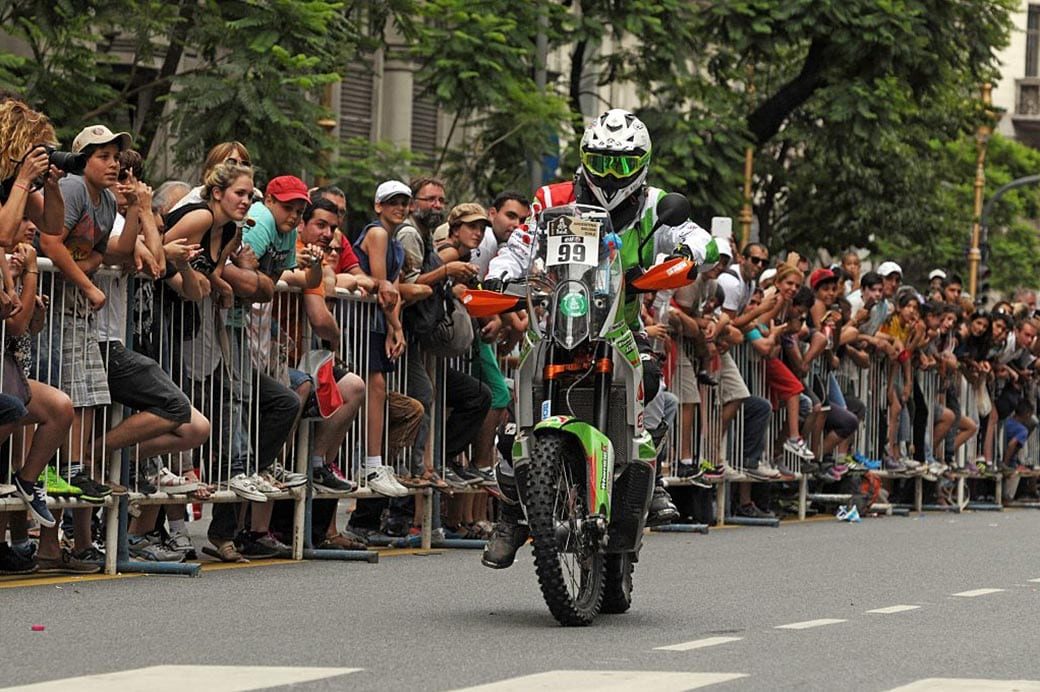 Pierre Cherpin who crashed on Stage Seven of the 2021 Dakar Rally has died during a medical transfer that was taking the rider to France.

The 52-year-old Frenchman was competing in his fourth Dakar Rally when he crashed on stage seven from Ha’il to Sakaka, Saudi Arabia on January 10. He was found unconscious by the team from the medical helicopter and taken to hospital where he was diagnosed with a severe head injury. He underwent an emergency operation and was then placed in a medically-induced coma.

Cherpin was on a medical transport from Jeddah to France when he sadly died from his injuries sustained during the crash.

In an induced coma, his condition had remained stable over the past few days since his urgent neurosurgery. Cherpin was airlifted from Sakaka to Jeddah’s hospital and from there he was going to be transferred to Lille’s hospital.

Passionate about wide-open spaces, Pierre Cherpin was participating in his fourth Dakar. His first participation was back in 2009, when the Dakar took place for the first time in South America. He signed up in the unassisted bikers’ category and came back in 2012 still in the same category. He completed the race both times. He came back for a third time in 2015 but he had to give up after an engine failure.

Six years later, in 2021, he joined the same category, known now as “Original by Motul”. He was driven by the curiosity of discovering a new continent. On the evening of the sixth stage, he was occupying the 77th position in the general standings.

“The entire Dakar caravan would like to extend its sincere condolences to his family, relatives and friends,” organisers said in a statement.

It is the first Dakar fatality since last year’s death of Edwin Straver, who died eight days after the rally. That Dakar also claimed the life of Portugal’s Paulo Goncalves.