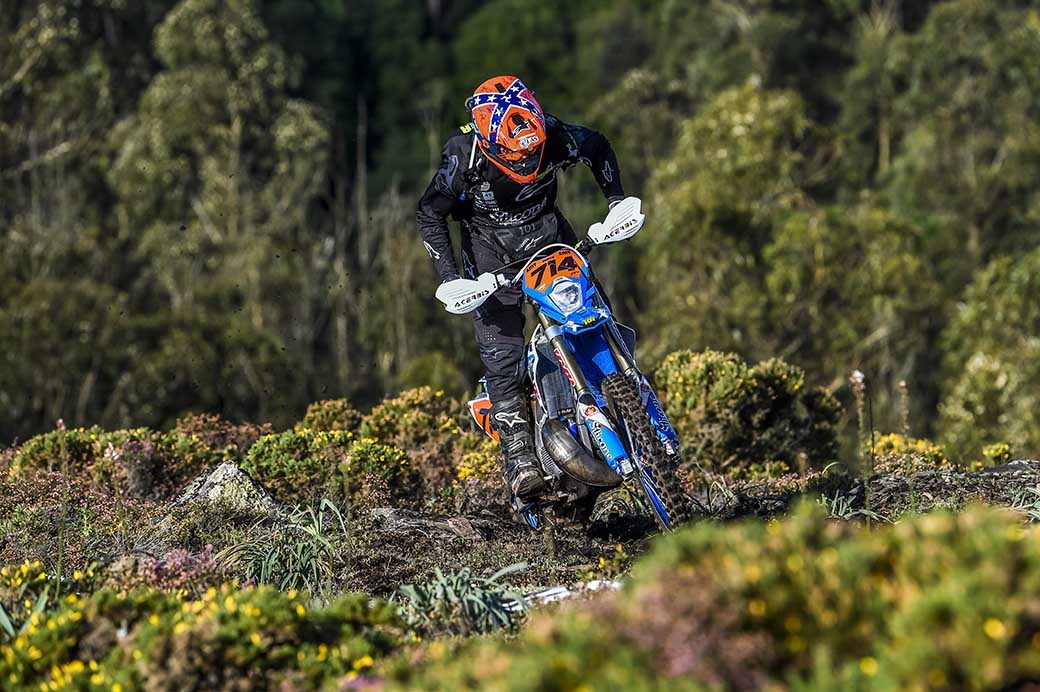 David Knight MBE has launched a GoFundMe campaign to try and make his 2021 Dakar dream a reality.

The clock is ticking down for the British off-road legend to secure his spot in the Dakar Rally after losing financial backing unexpectedly.

Knight, 42, thought his dream had been shattered after promises fell through but an online money-raising website and the incredible generosity of the off-road community may just get him there.

The Manxman said: “It’s been just over a year-and-a-half in the making, sacrificing a lot, training a lot, getting really excited, getting really down, people making false promises telling me to crack on with the project – I’ll sort it and pay what you need.

“Then getting the rug pulled out from underneath me has made it very tough, and left myself and a couple of very good people in the s**t.

“We soldiered on the best we could, making it to the Andalucia Rally to get qualified which was a massive ask and with the help of a few very good people, kept the dream alive.”
In this tough economic climate, Knighter thought his dream was done.

“Now I’ve got to pretty much a dead end – definitely not the best time to find the big budget required to do the world’s toughest off-road race,” he said.

“With arguably an unrivalled off-road list of honours, including multiple world enduro championships, Weston Beach Race wins, GNCC titles and 10 ACU enduro titles among many others, his fans have been moved to step in and try and help him get to the Dakar, which takes place in Saudi Arabia for the first time starting on January 3.

“I’ve been absolutely blown away by all the positive messages,” added Knighter.

“And I’ve decided to give the GoFundMe a try, it’s worth a go, it’s a lot of money I know, but let’s have a go at it.

“If we don’t make the amount needed and I can’t go, everyone will get the full amount back. Thank you everyone for the support, it really means a lot to me.”

You can buy David Knight 101 t-shirts, hoodies and face coverings with all profits going to the cause.

And you can find David Knight’s Dakar GoFundMe page here