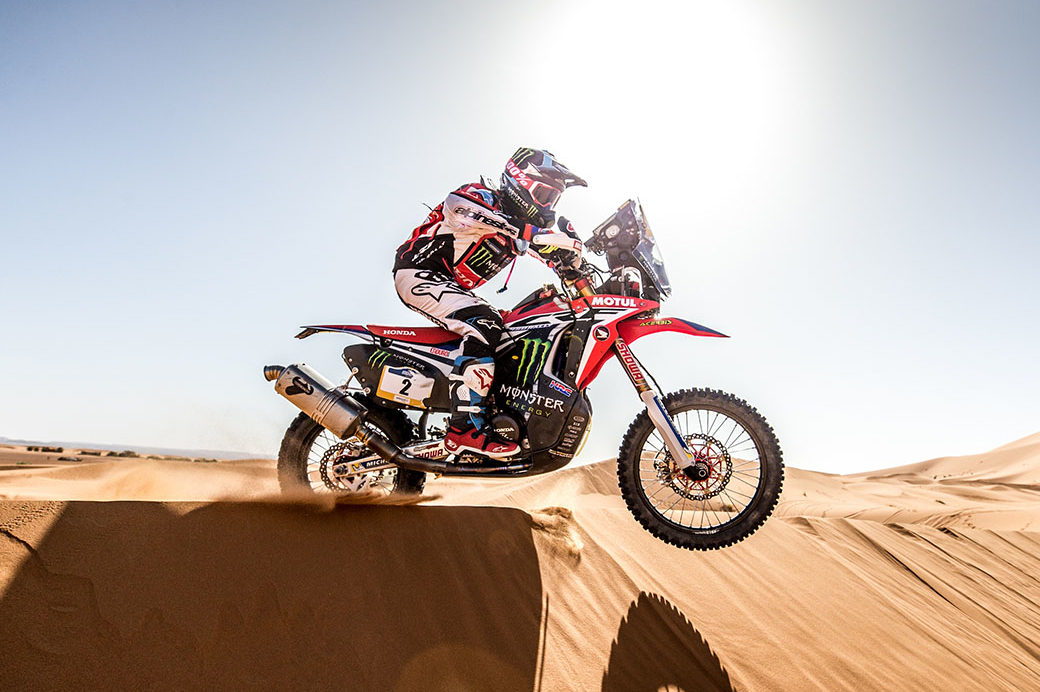 The Atacama Rally sees the full Monster Energy Honda Team back in action for Round Three of the FIM Cross-Country Rallies World Championship. There won’t be any beach or holidays for the riders this summer, but they can, however, look forward to plenty of sand at the races.

Four months have elapsed since the Monster Energy Honda Team competed in the Abu Dhabi Desert Challenge, the opening event of the world championship. The squad’s Argentine rider made it onto the podium on that occasion, while Gonçalves finished fifth and Brabec sixth.

Nacho Cornejo became the top junior with an eighth overall place in the Middle East race. Joan Barreda, after recovering from the wrist operation he had undergone in mid-February, returned to competition for the following Merzouga Rally in April, where he made off with a hard-fought victory, while Benavides added to the team’s successes with second place on the rostrum alongside his team-mate.

The Chilean race, which will have its nerve centre in the city of Copiapó, will start with the mandatory administrative and technical checks on Sunday, August 12, before the five Honda CRF450 RALLY can finally put pedal to the metal in the Atacama Desert.

The action will run from Tuesday, August 14 to Saturday August 18. The bivouac for the race will be located in Tierra Amarilla.