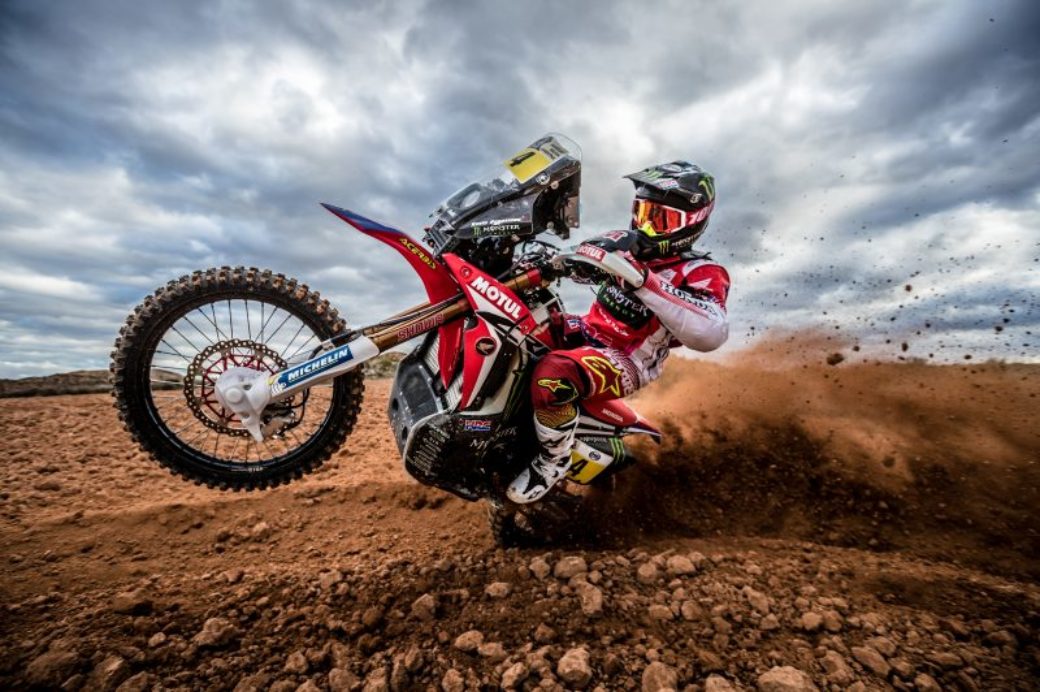 This week, Kevin Benavides, fourth in his Dakar debut last year, had relocated to the Atacama region in Chile to complete the final pre-Dakar training programme before the 39th edition of the rally kicks off in the Paraguayan capital, Asuncion, on January 2.

On the final day of training, the young Argentine fell heavily, after jumping a low dune, sustaining a severe blow to the right hand. After an initial check-up, Chilean doctors stabilised the wrist and gave him the all-clear to return to his residence in Salta for a more exhaustive medical check.

The final diagnosis resulted in a broken right wrist and the recommendation to undergo surgery. Kevin was operated on earlier this week, which keeps him out of the Dakar Rally 2017.

The Monster Energy Honda Team would like to wish Kevin Benavides a swift recovery.