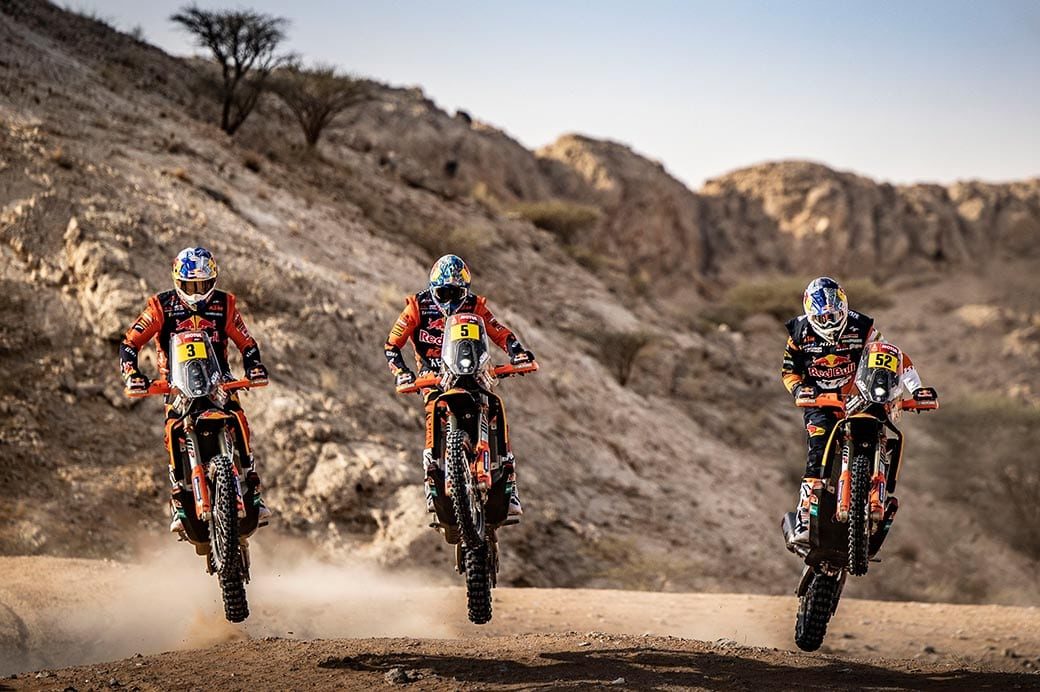 With the 2021 Dakar Rally now just one month away, Red Bull KTM Factory Racing have their sights firmly set on battling for the number one position at the world’s toughest cross-country rally.

In what has been a hugely disrupted year, which saw the team make only one competitive outing following the 2020 Dakar, Toby Price, Matthias Walkner and Sam Sunderland are all fully fit and keen to get racing at the 43rd edition of the event.

Looking for his third Dakar title, Toby Price will go into the race armed with the experience gained from the 2020 event and aiming to secure another strong result.

Like all riders this year, Toby was forced to spend more time off the bike than he would have liked. However, after travelling to Europe towards the end of the summer, the Australian has committed to an intense schedule of training and preparation on the run up to Dakar and will remain in the Middle East testing on his KTM 450 RALLY, in preparation for the challenge awaiting him. 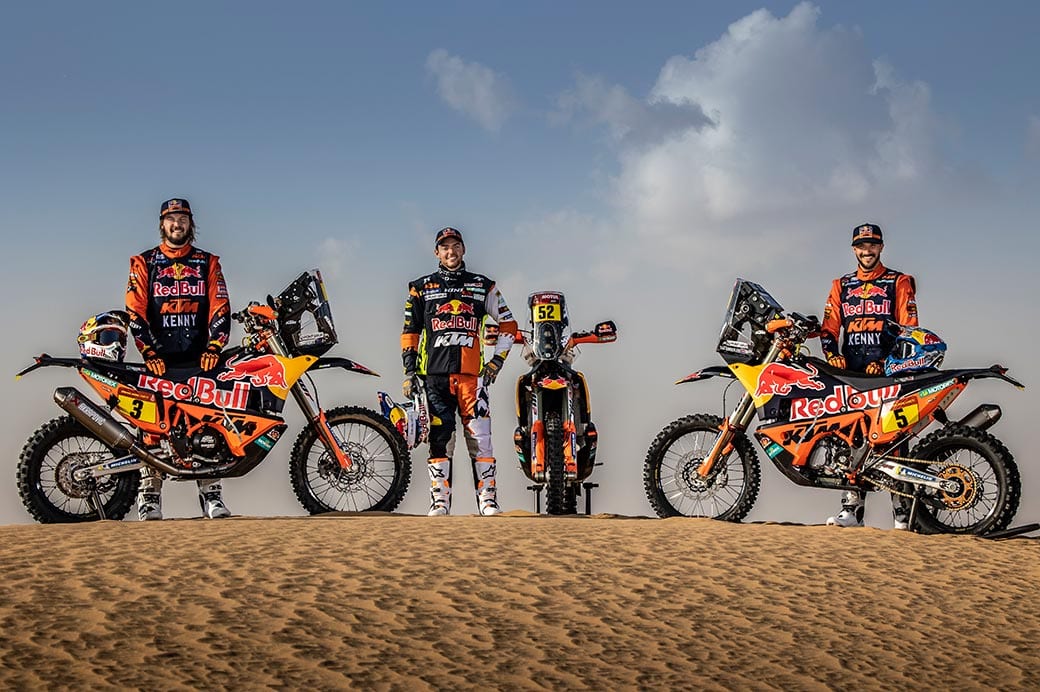 2018 Dakar winner Matthias Walkner prides himself on his navigational skills and with the 2021 event promising a more technically demanding route, this should fall into the Austrian’s favour. Happy with recent improvements made to his KTM 450 RALLY, Matthias feels he is on form both physically and mentally and is looking forward to another solid race in the desert. Also back at full fitness, Sam Sunderland is known for his speed in the dunes and with the 2021 Dakar Rally expected to contain more deep sand than seen in this year’s event, Sam is confident of making the most of his skills. 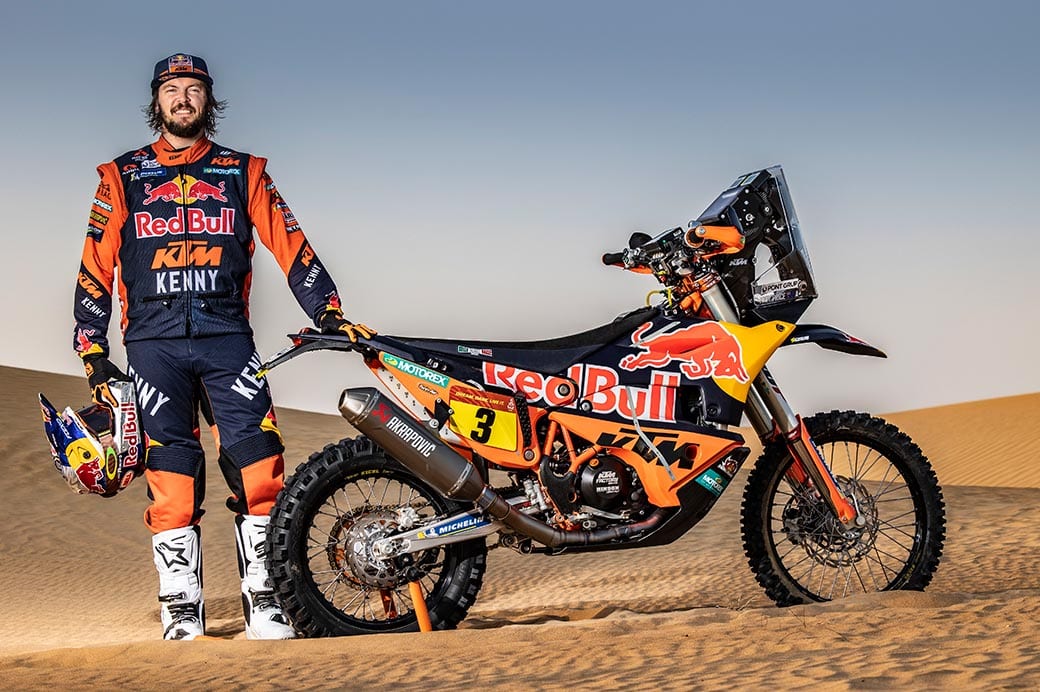 Toby Price: “Obviously, it’s been a really tough year for everyone. With all the restrictions, we’ve not been able to race like we normally would. We’ve only managed to fit in one rally since the Dakar in January, which was great, but I think everyone is looking forward to getting back to some serious racing now. For me, I pretty much had to leave home for the last three months and won’t be heading back to Australia until after Dakar. My base is now in Dubai and I’ll spend Christmas there on the run up to the event. It’s great that we can get out into the dunes for testing but it’s still a big sacrifice to make, missing out on the regular family time over the holidays. For the last couple of months, the team have been testing hard, things have been going well and there’s certainly nothing better to build your fitness than time on the bike. We’ve been able to try out a lot of new things and I’m really happy with how the bike feels. At the end of the day, I know the KTM 450 RALLY is going to get me to the finish, the rest is up to me!” 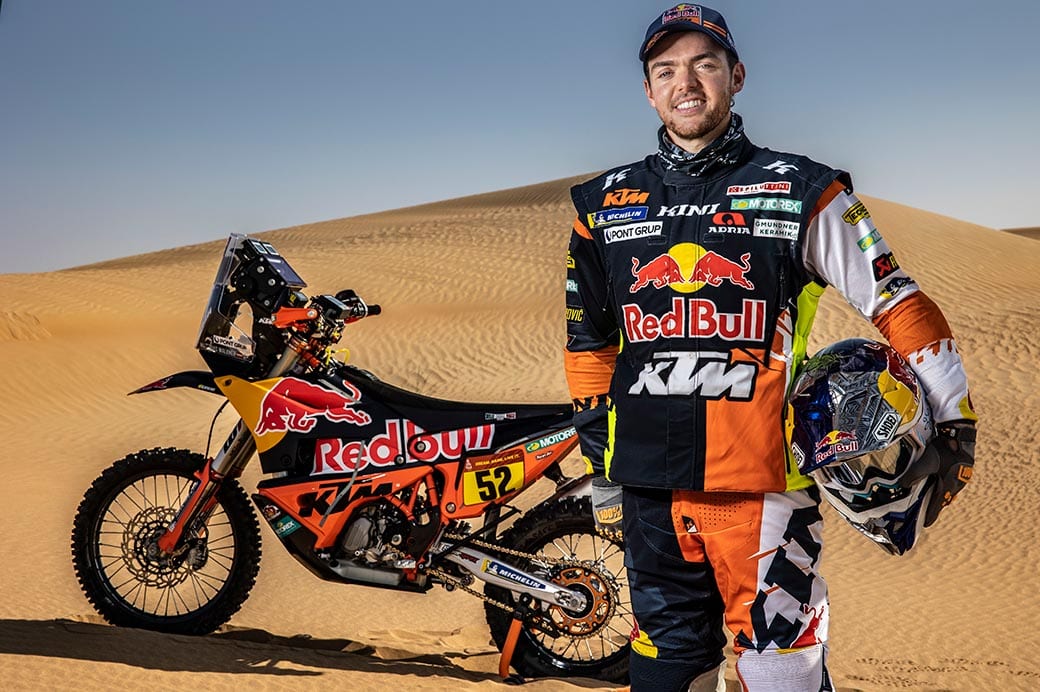 Matthias Walkner: “It’s been a strange year and probably one where I spent more time in the gym than on the bike. Testing has been going really well now in the latter half of the year and for the team to be able to get together in Dubai was a huge advantage. It not only lets us train and work on the bike, but it brings us all together like a family and we’re able to discuss things and make important decisions as a team. We have some experience of what to expect with the terrain now and have a good idea of what we will face. The team have been able to adjust the bike to suit and I honestly think we will go into the next Dakar with the best rally bike I have ever ridden.” 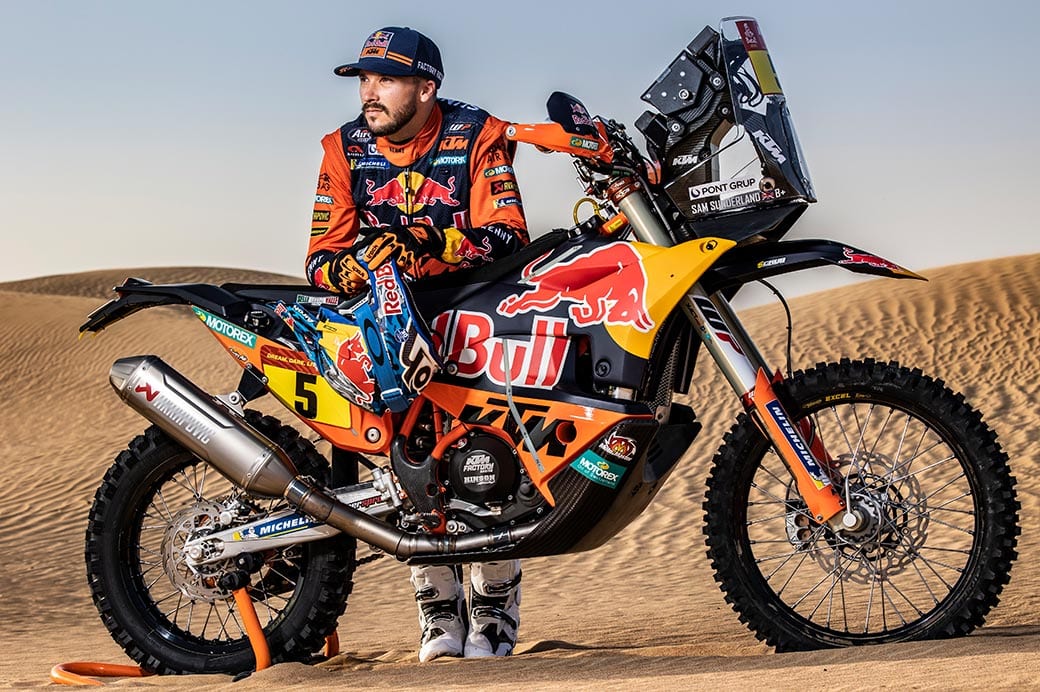 Sam Sunderland: “It’s good to be able to finally look forward to racing the Dakar Rally in just a few weeks’ time. Training has been really good and I’m fully fit and eager to get back to some more racing. I know since the last Dakar the team have been working extremely hard on improving the bike and perhaps making it more suitable for the terrain that we’ll face. It feels great to ride, and the improvements should let us set it up even better than before. I’m really looking forward now to getting out there and trying it all out under race conditions.”

Facing his first ever Dakar, KTM Factory Racing’s Daniel Sanders comes into the demanding race with only one cross-country rally under his belt. Joining the team in September, Sanders has endured an intense period of testing and training to get him up to speed with the skills required for success in the sport. Racing the Andalucia Rally just weeks after throwing his leg over a KTM 450 RALLY for the first time, the 26-year-old put in an excellent performance including a win on the final stage. The Dakar is far more demanding however, but the young Australian racer knows the magnitude of the challenge ahead. 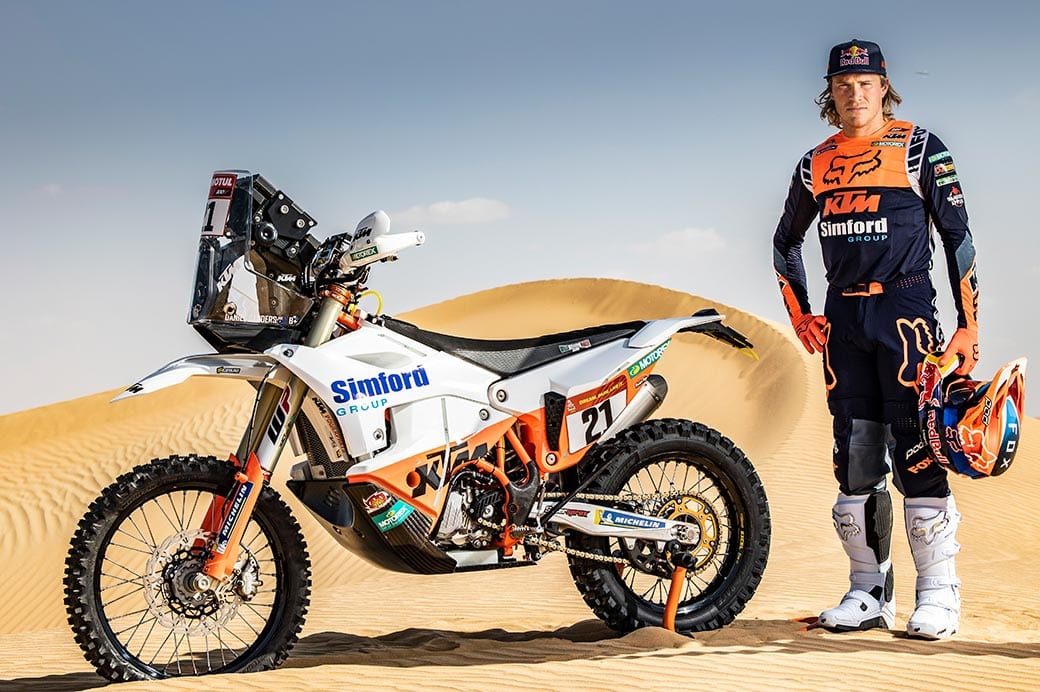 Daniel Sanders: “The year has been a crazy one for me for more reasons than one. When I got the call to come ride for the team it was really cool. I flew over to Europe with Toby and I think I’ve spent about five months here testing and learning the skills needed for rally racing. We raced the Andalucia Rally back in October, which was a real eye-opener, but other than a couple of mistakes, I was really pleased with my pace and my navigation. Winning the final stage was great but I’m realistic about the Dakar – I know it’s another level completely. Testing has been going really well – every day I spend on the bike I feel more comfortable. I couldn’t wish for better people around me either, all three of the Red Bull KTM Factory Racing guys have won a Dakar – Toby has won two – and Jordi (Viladoms) has been amazing getting me up to speed in such a short amount of time. I know I have a lot to learn, but that will come with racing a few more events. Right now, I’m fully focused on the big one in January.”

Jordi Viladoms – KTM Rally Team Manager: “Testing with the team started well in September, but we were only able to ride on hardpack and after that came the Andalucia Rally, which was held on similar terrain. Finally, we were able to come to Dubai, to the real desert, where we have been able to work on the set-up of the bike and get things ready for Dakar. All the riders have been in Dubai now for over a month and have been putting in some good sessions on the bike. Toby is always strong – we know he has the speed and the capacity to compete in any conditions – for sure he will again be fighting for the podium.

“This year we expected the Dakar to be very sandy, but that was not the case. For 2021 it looks like the route will include a lot more dunes and this looks like it will suit Sam’s riding style very much. He definitely has very good speed in that sort of terrain and we hope he can show the same pace he did in this year’s event.

“Matthias is a very intelligent rider and with this year’s Dakar promising to test riders with more technical stages and more changes of direction to slow the pace down, it looks like it will suit Matthias very well. I think if the navigation plays a big part in the results, he will be right up near the top.

“Finally, we have our junior rider Daniel, who has made some impressive leaps forward in terms of his understanding of rally racing and his speed on the bike in only a few months. We know he has the out-and-out speed to be fast, but he just needs to focus on completing the event and learning day-by-day, rather than pushing for strong results.”