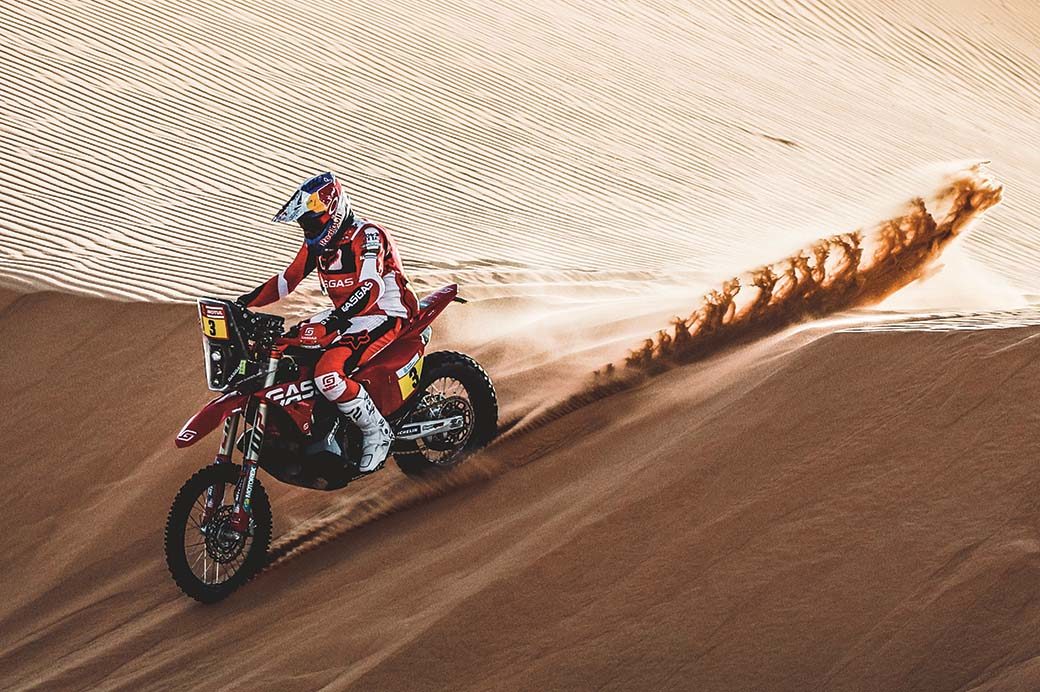 Hot on the heels of his incredible ride yesterday, GASGAS Factory Racing’s Sam Sunderland was fired up for a repeat performance on today’s stage 10 of the 2022 Dakar Rally.

Frustratingly, an unfortunate mistake in a series of rocky canyons prevented the early rally leader from featuring at the top of the timesheets today. However, thanks to Sunderland’s impressive stage results through the first nine days, he remains well-placed in the provisional overall standings in second, just under six minutes behind the current leader.

“Day 10 is in the books and it was a tough one,” said Sunderland. “Early on, Mason Klein crashed so I stopped to make sure he was okay as it looked like he’d had a big one, but I think he’s okay.

“I then set off and things were going good. I felt strong on the bike and my pace was solid. But then I ended up in the wrong canyon near the end and lost a bit of time. With two days to go and the times so close, it’s too close to call. It’s wide open so it certainly makes for an exciting race!”

Despite taking a wrong turn during stage 10, Sam remained calm and brought his GASGAS RC 450F home without losing too much time. With the overall classification shaken up after today’s seriously tough special, the battle for the win now features five talented racers with just two stages remaining.

Fortunately for Sam, he’ll be the 19th rider to take on the 345-kilometre special tomorrow where he’ll have no option other than to get on the gas and deliver as strong a result as he can in the hope of opening up an advantage over his rivals, ahead of the all-important final stage on Friday.