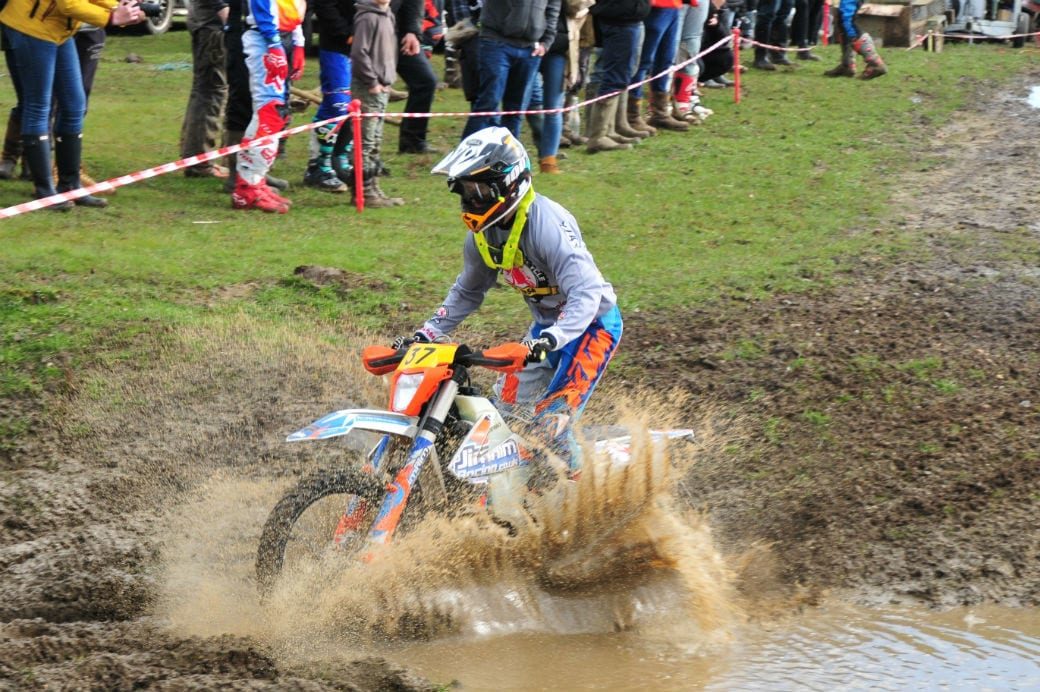 After storms and widespread flooding the first event of the season for Sudbury was looking in doubt.

It was full-steam ahead with a brace of tractors ready if the going got too sticky and, with last-minute entries on the day, 81 adults and 10 youths tackled the challenging slippery course.

Riders had the option to tackle it as an Iron Man – on your own or as a two-man team to break up the two-hour race – with the winner being the team or individual notching up the most laps in the four hours.

It started with a Le Mans-style sprint to the bikes – with first away from the ranks proving a fairly accurate prediction of finishing places.

The first hour saw the backmarkers lapped as the more experienced riders set a fearsome pace skimming over the deep ruts and twisting through the wooded sections.

But as the sun came out and the wind dried the track to near-perfect conditions, those with the energy pushed through and the laps quickened.

Will Hughes and James Jackman led the way in the Championship Two-Man race with 35 laps to their credit, holding off Dan Willis/ Jason Morland on the same number, with Joe Phillips/ Ryan Allison a lap behind.

The Youths competitors fought it out with a fierce pace from the start for the hour-long second race of the day, battling over a shorter drier course than the earlier adults with no less determination and lack of air.

Adam Durkin/ Tom Sargent got the nod over Doug Lote and Edward Elkin after both pairs completed 32 laps in the Experts, one more than Phil Roper and Ian Parker .

There was a bit of breathing space for Clubman winners Barnaby Knight and Archie Gunton who completed 29 laps to finish comfortably in front of the Josh Fullalove/ Mitchell Beagrie and Clive Smith/ Richard Squirrel pairings who both completed 26 laps.

Jack Berry was crowned Iron Man with an excellent 30 laps to his name, a full four more than runner-up Oliver Macrae who had the same distance between him and third-placed Jason Carsbolt.

Michael Wilson was first away from the line in the Youths and enjoyed a lively scrap with Will Belton for the first three laps to keep spectators on their toes before Belton retired following a close encounter with a tree leaving Michael to take the chequered flag, closely followed by Billy Sargent and Will Turtle.