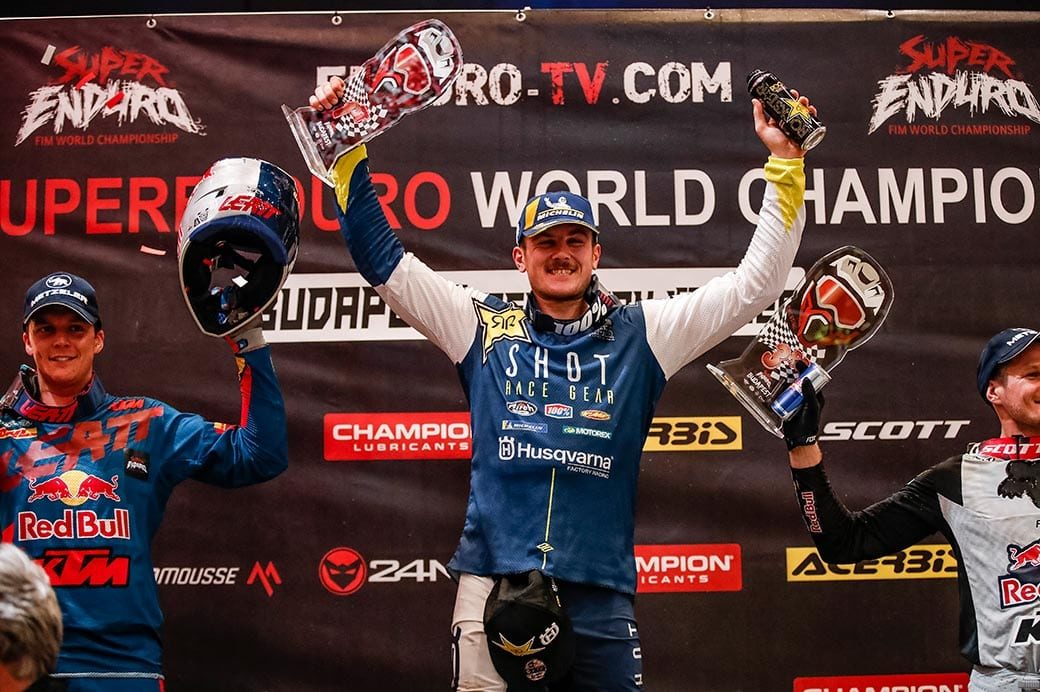 Britain’s Billy Bolt has been declared 2020 FIM World Champion after the SuperEnduro series was unable to find an alternative date for the final round originally planned to take place in Łódź, Poland.

As the global outbreak of coronavirus continues to develop and restrictions are put in place, the FIM, the promoter ABC Communications and the Polish Federation (PZM) announced today that it was not possible to find another fixture date for the final event in Poland, bringing the 2020 FIM SuperEnduro Championship to a premature end.

As a result, the championship is declared completed at the end of Final 4 held in Budapest on February 1, with Billy Bolt (GBR – Husqvarna) in the Prestige Class and Teodor Kabakchiev (BG – KTM) – Junior declared as 2020 FIM World Champions.

Poland’s Taddy Blazusiak has ended the season in second and Britain’s Jonny Walker completes the top-three of the 2020 championship.

SuperEnduro also announced today that the Polish event in Łódź has already been rescheduled for December 12 as the opening round of the 2021 FIM SuperEnduro World Championship.