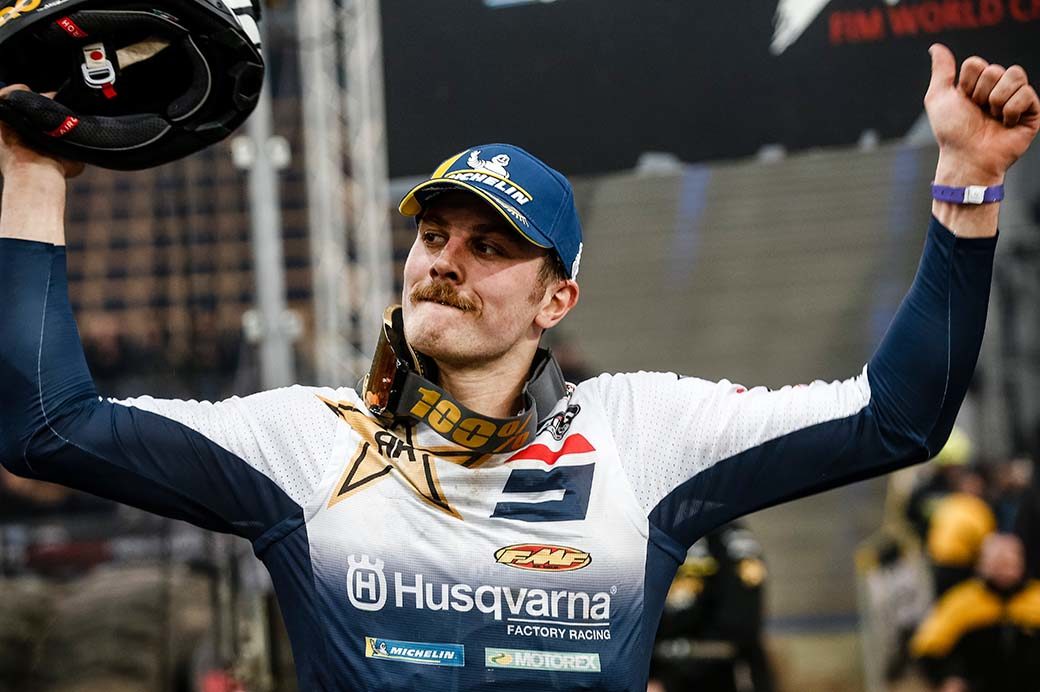 Quickly reminding everyone why he is the defending world champion indoors, Bolt topped the night’s SuperPole hot lap before going on to win all three of the Prestige class finals and secure overall victory. Returning to the SuperEnduro series for the first time since winning the title in 2019, AMA EnduroCross champion Colton Haaker enjoyed a solid night, taking a close third overall.

On a technical track, which was made all the more tricky due to numerous sand sections, Bolt was instantly up to speed on his FE 350, eager to impress at the opening round of the SuperEnduro season. Easing his way through the first test of the night – the SuperPole hot lap – he blitzed the course to top the time sheets by almost two seconds. 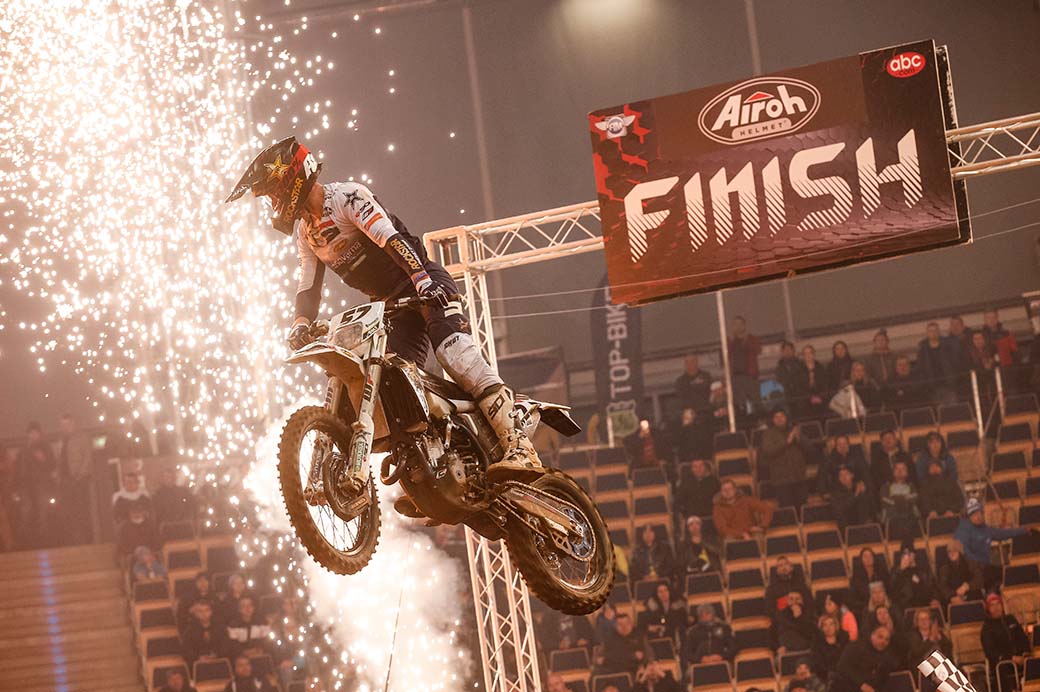 When it came to the first gate drop of the championship Bolt wasted no time in muscling his way to the head of the field, going on to clinch victory by six seconds. With the start order reversed for race two, Bolt started last but was already into second position by lap two. A crash dropped him off the rear wheel of race leader Haaker, but within just a handful of laps, he’d found his way to the front once more. However, a third crash knocked him back to second once again before a heroic final lap effort saw him wrestle victory from Haaker just a handful of corners from the finish line.

Determined to bring his night to a positive close, Bolt claimed the holeshot in the third and closing final. Well and truly mastering the tough conditions, he put in eight solid laps, easing away from the rest of the field to win by over 26 seconds. Claiming a clean sweep in Poland, Bolt now heads the championship standings by 15 points. 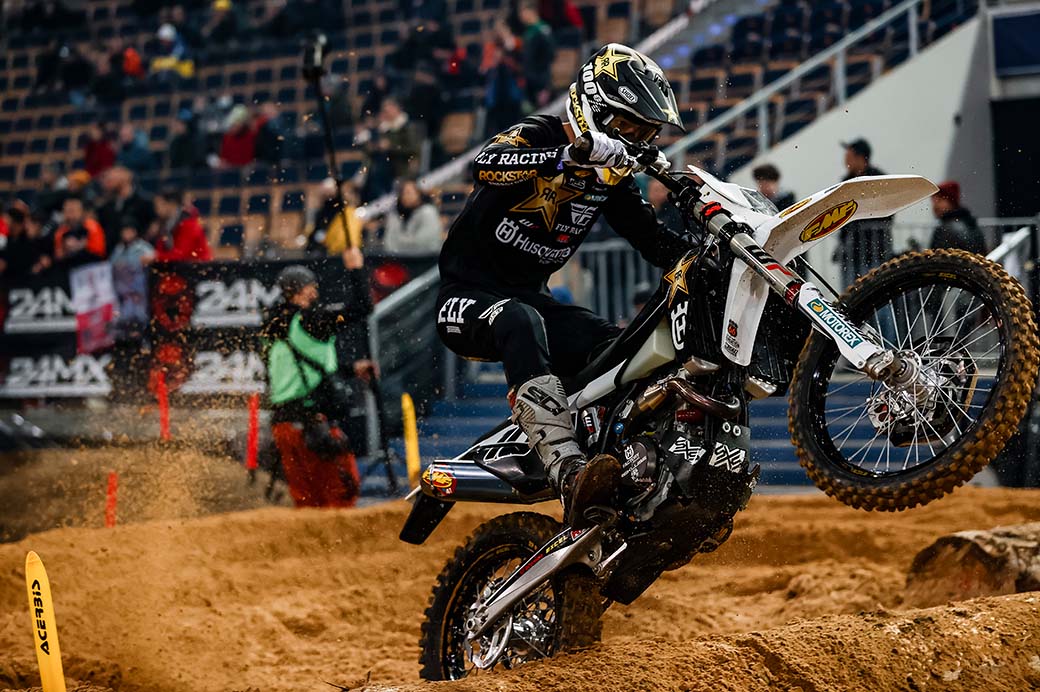 After winning the championship in 2019, Colton Haaker made a welcome return to the series in Poland. Knowing the soft and sandy conditions were much more unforgiving than what he’d raced in EnduroCross in the USA, the experienced indoor racer was determined to deliver a mistake-free night where possible.

A strong ride in the opening race saw him take a confidence-boosting fourth. Maximising his efforts on the reversed start for race two, Haaker carded his best performance of the night – going head-to-head with Bolt and fighting for victory right down to the final few corners, but ultimately placing second.

A bad start in race three forced Haaker to work hard to recover. From ninth on the opening lap, he knuckled down and began to move his way forward. Shadowing Taddy Blazusiak across the finish line for fifth, the American did enough to secure third overall in Poland.

Billy Bolt: “It’s been a brilliant start to the championship. Winning all three races and taking SuperPole as well – it’s great to be back indoors. I hadn’t got as much bike time coming into this round as I would have liked, and it showed a little in the beginning of the night. My timing was a little off and I was making myself work for it out there. We got things dialled in better for race three. The track came a bit easier to me and I could hit my lines consistently. Winning tonight has definitely given me more motivation to push hard during this six week break until round two.” 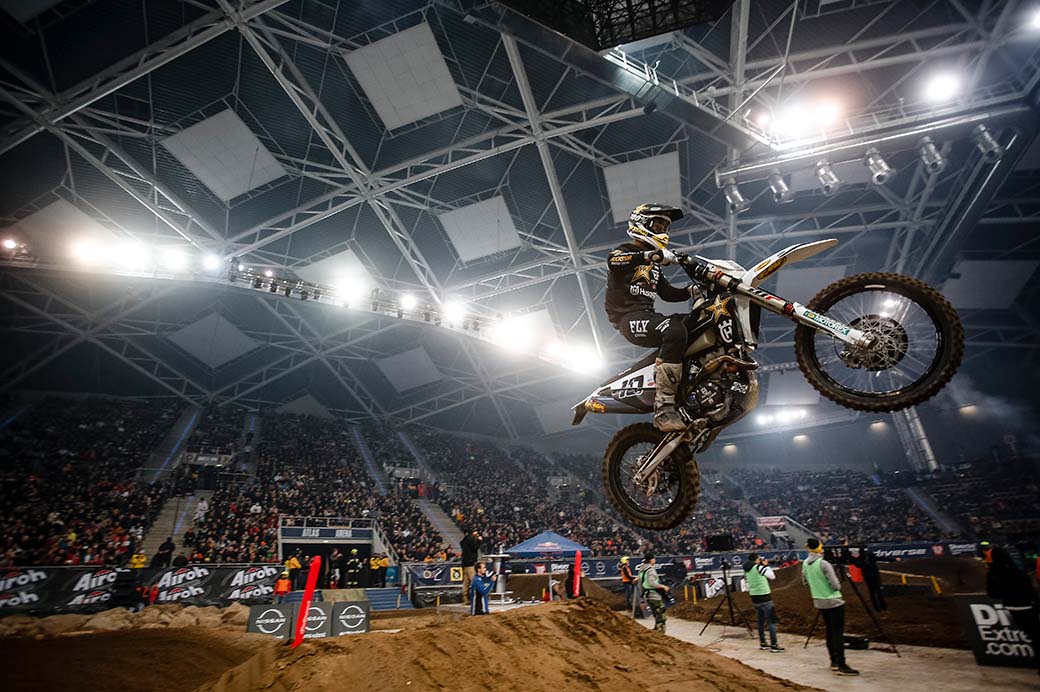 Colton Haaker: “I’m pretty pleased with third tonight. It was tough out there and I wasn’t 100 per cent sure where I was going to slot into things. For sure race two was the highlight of my night. When I got that good start and a clean track in front of me, I was riding more how I wanted too. It’s good to get a SuperEnduro race back under my belt again because I haven’t done one since 2019. Now I know where things are at, I’ll build on it for round two, for sure!”

The FIM SuperEnduro World Championship continues with round two in Jerusalem, Israel on January 20.