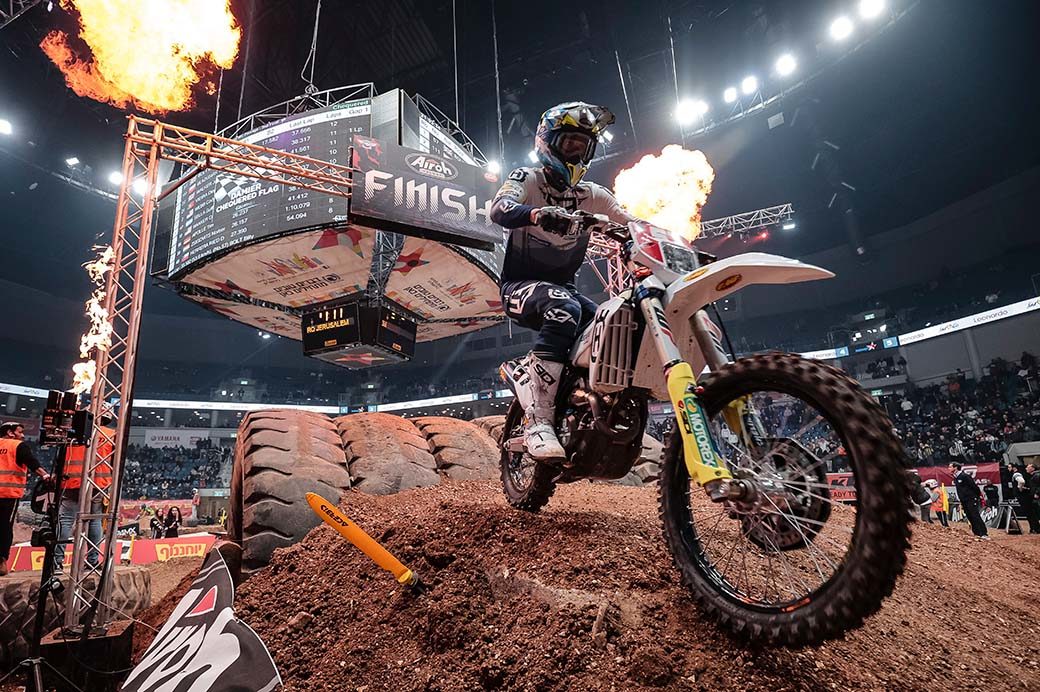 Husqvarna Factory Racing’s Billy Bolt has continued his domination of this year’s FIM SuperEnduro World Championship by winning all three races at the third stop of the series in Israel.

Claiming the overall victory at each round so far, Bolt arrived in Jerusalem determined to secure a third consecutive trip to the top step of the podium. Strong in training and quick to figure out the tight, technical, and slippery nature of the course, Bolt immediately put his FE 350 out front by topping the SuperPole qualification.

After a steady start to race one, the Brit quickly positioned himself inside the top three on lap one and when the right opportunity arose, made two decisive overtakes to take control of the race. From there he was never headed and ticked off the laps to claim the race win. Taking a relaxed approach to race two for the reversed grid positions, Bolt stayed out of trouble through the opening corners to put himself into contention. With two smart moves, he took over the race lead and quickly checked out.

Picking up the holeshot in race three, Billy put his head down and pushed hard to build up a comfortable lead. Managing the race to perfection as the laps wound down, the Husqvarna rider took his third win to claim the overall victory in Israel. Securing a maximum point haul, Billy now heads to the doubleheader finale in Germany with a sizeable 50-point lead. 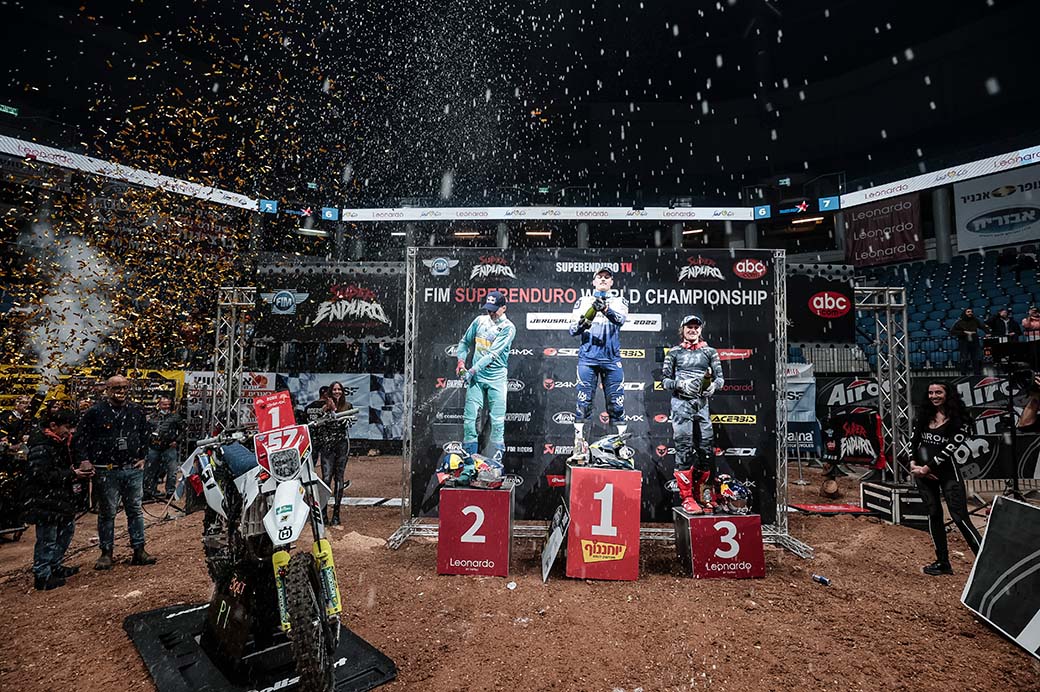 Billy Bolt: “It’s been a great night, winning SuperPole and all three races. The track was tricky and it was risky to come off the main line, so it was a matter of trying to ride smart and minimise mistakes as much as possible. I didn’t have a great start to race one, but I was quick to position myself right and when I saw an opportunity, I made two sensible overtakes to get into the lead

“In race two it was a similar situation, so I knew to stay relaxed and let the race come to me. I focused a lot on getting the holeshot in race three and was happy to pull that off. After some fast opening laps, I’d built a strong lead and was able to control it to the finish. Overall, it’s been a perfect night by claiming maximum championship points. I’m looking forward to getting to the doubleheader final round in Germany in two weeks.” 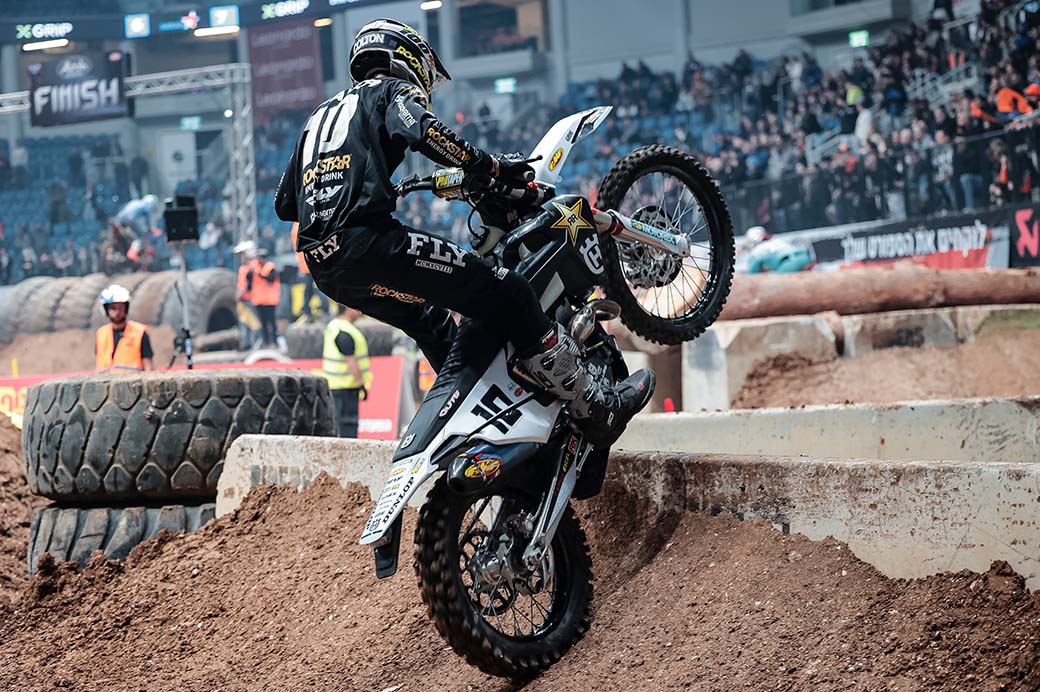 Israel proved itself to be an up and down affair, with the American unable to find a firm flow around the track. Proving he has the outright speed to contend for race wins, Haaker made it a Husqvarna 1-2 by placing second quickest to Bolt in SuperPole.

Taking the holeshot in race one, Colton fought hard for second for the majority of the race until he stalled in the matrix section and slipped back to fourth. In race two a crash on the opening lap put him on the back foot. Struggling to make good forward progress, he had to settle for sixth.

Determined to turn his fortunes around in the night’s final race, he put in his best showing. Locked in a three-way battle for second, Haaker pushed right until the chequered flag to take third. But despite his best efforts, he narrowly missed out on a podium result by one point, ending his night fourth overall.

Colton Haaker: “It was a bit of an up and down night. Second in SuperPole showed my speed, but to be honest I’ve been struggling to put together a full race. I’m trying the best I can. I know it’s a matter of making that last little piece of the puzzle click to get the job done. The third final was probably my best showing with third and I felt I made progress there that I can carry into Germany.”

The FIM SuperEnduro World Championship concludes in Riesa, Germany with rounds four and five on March 19/20.

Championship Standings (after round 3) 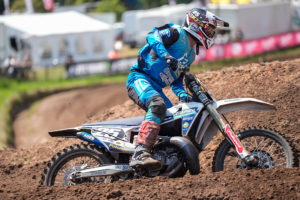 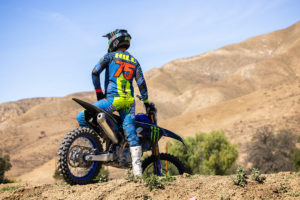 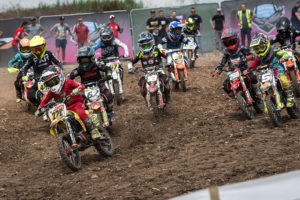 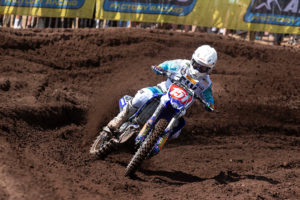 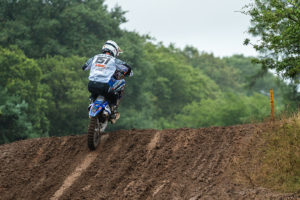