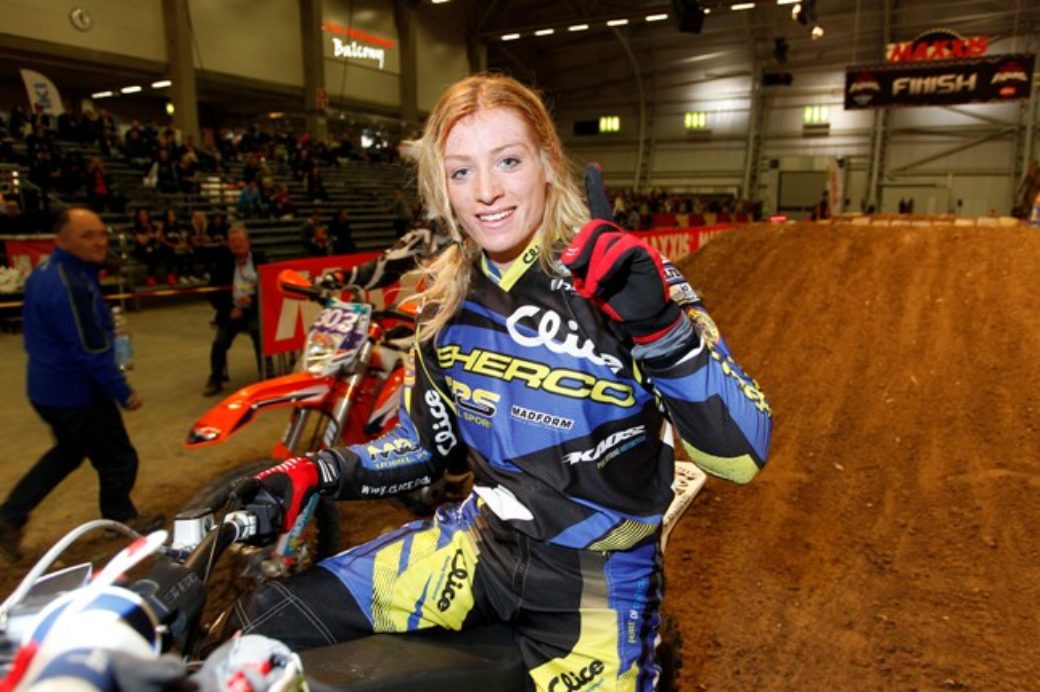 TMX: First of all Emma, congratulations on winning the championship for the second time. You must be thrilled to have made it again?
Emma: “I’m so happy to have won the SuperEnduro World Championship. Securing the title two years in a row is something that I’m really pleased with. I worked pretty hard to achieve this goal and did a lot of training for this season.
“In order for me to get prepared for this year’s championship, I went and created a new track at home. I was out on the track for most days of the week training hard for the upcoming season.”
TMX: In Germany things went your way, but in Finland you had a good fight in your hands. How was round two in Helsinki?
Emma: “Coming into Finland I knew what I had to do. I won the first race of the night with a decent margin of almost 25 seconds. Sandra Gomez was really going for it in the first couple of laps.
“I think fitness plays an important part in these kind of situations. When you are pushing and you are tired you can make mistakes. I’ve been training hard and having good fitness has really helped me.”
TMX: The second race in Finland was a bit more adventurous. What happened after your crash?
Emma: “Things didn’t work out that well for me in the second race. I had a crash in the early stages. I rejoined from last, but I did my best to recover.
“I had a lot of work to do. I think I had to finish fourth to secure the title, but when you are in a race you never think like that and you always want to win.
“I tried to stay calm and it worked out. Steadily I moved up to second place behind Sandra and I was gradually gaining ground. I think I’d have possibly caught her if there just was another lap before the finish.”
TMX: You rode really well in Finland, making the big obstacles look easy. What are your strengths and weaknesses in SuperEnduro?
Emma: “It’s my second year of SuperEnduro and I’ve been working quite a lot to achieve the goal of winning again. I knew what to expect and I had to focus on working on my weaknesses.  Obviously I do not need to work that much on the trials stuff.
After all these years of riding trials, dealing with the rocks and logs isn’t a problem for me. One of my major weaknesses is big jumps, like the finish line jump in Finland.
“I knew that I had to jump it every time around and this is what I did. Generally, I’m also pleased with my starts. ”
FOR FULL INTERVIEW SEE TMX, FEBRUARY 5 (ISSUE 1957)