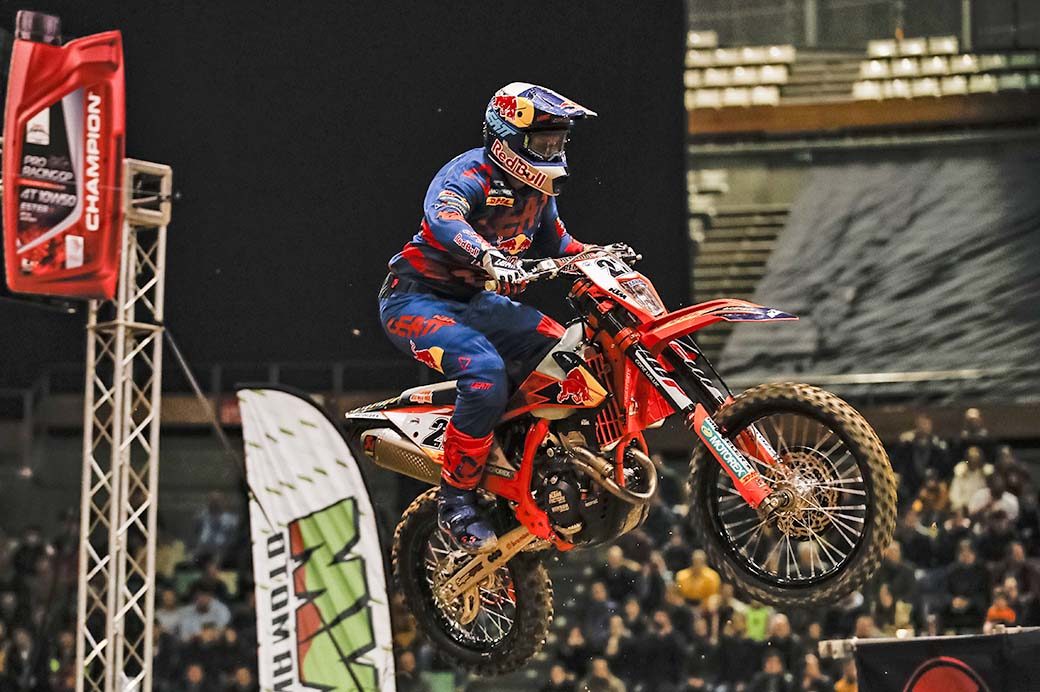 Jonny Walker delivered his best result of the series in Spain (Image: Future7Media)

Delivering his best result of the series to date, Jonny Walker took another positive forward step in returning to his best having missed the 2019 indoor season due to injury.

On a course that proved decisively tricky, Walker found the perfect balance of speed and consistency and battled at the sharp end of the field in each of the night’s three races. Fourth quickest in the Akrapovic Superpole, he started out with a positive third in race one.

From a second row start in race two, Jonny steadily moved his way up the field to take second on lap four of nine.

Shadowing race leader Bolt, he applied pressure during the latter stages of the race to finish close behind and claim a well-deserved second-place finish. Delivering another fast start in race three, Walker led the first three laps before eventually placing second.

Jonny Walker: “It’s been another good night and I feel like I’m showing that I’m making steps forward with each round. I’m delighted with second and another visit to the podium.

“On a tricky course I managed to get good starts and that made a big difference. I wasn’t always the fastest on the track, but I was consistently hitting my lines every lap, which was making things count. Looking at my results as a whole, I’ve improved each time. Fourth in Poland, third in Germany and now second tonight, that gives me a lot of confidence heading into the next round.”

Hoping to build on the winning result he earned last time out in Germany, Taddy Blazusiak didn’t have the night he hoped for in Spain. Never quite getting his best out of the technical course, numerous uncharacteristic mistakes hampered his progress.

After a strong ride to second in the opening race, his momentum unravelled in race two. A poor start forced him off the preferred racing line on numerous occasions as he battled his way forward, resulting in some costly crashes. Placing a close fourth, he recovered in race three for third and with it secured third overall on the night.

Taddy Blazusiak: “The track was the real decider tonight. It either worked for you or it tripped you up. Unfortunately, for the majority of the time, it got the better of me.

“I felt like after practice I had it figured out and in race one, I managed to get it right. You needed to let it come to you – in a way ride slow to go faster. In race two things sort of came undone and I made too many strange mistakes.

“It was the same in race three, too. But I’m experienced enough not to dwell on it. There’s a lot of racing left to go in this championship and I’m looking forward to returning to the stadium in Budapest where I know I can show what I’m capable of.” 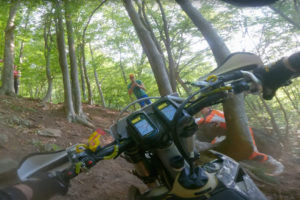 Graham Jarvis - onboard with the GOAT at Red Bull Romaniacs 2022 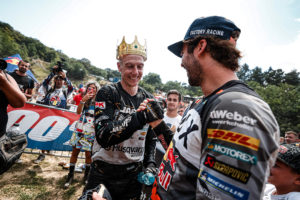 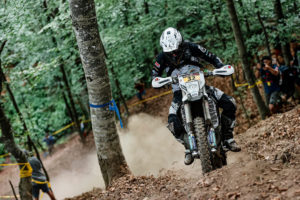 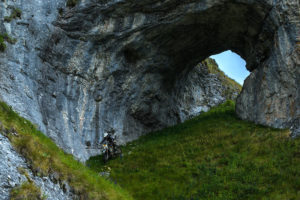 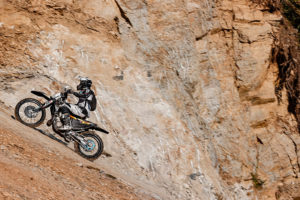 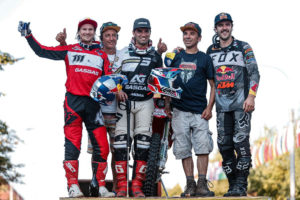