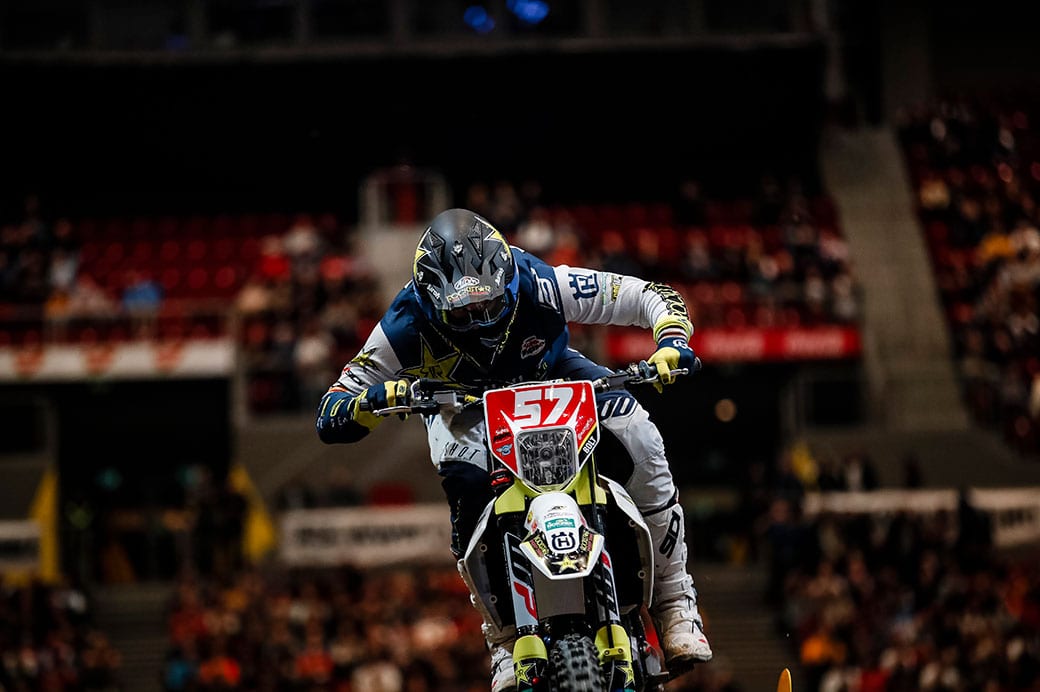 Britain’s Billy Bolt has been made to wait to try and seal this year’s SuperEnduro title after the Polish government moved to cancel all mass events due to the coronavirus outbreak.

The move, announced by Poland’s Prime Minister Mateusz Morawiecki, means that the final and title-deciding round of SuperEnduro, which was due to be held this weekend in Lodz, Poland has been hit with a postponement.

It’s a blow for Bolt who currently sits atop of the standings with Poland’s Taddy Blazusiak in second and Britain’s Jonny Walker in third. Bolt will be keen to wrap up the title, of course, but would want to do it on the track.

Understandably, with the short notice for organisers, there is no concrete news as to whether the event will go ahead at a later date or cancelled.

It’s the second major enduro event to be hit in the past two days after the opening round of the Enduro European Championship postponed their opening round in Italy. X-Trial of Nations set for Lievin, France has also been postponed without a replacement date set.