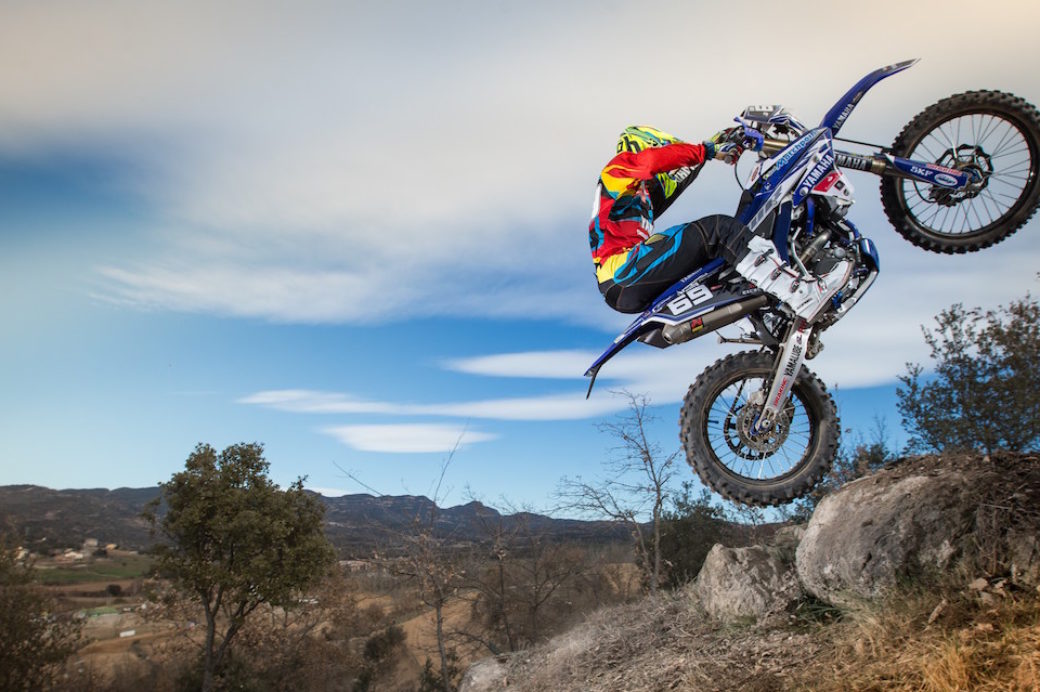 Increasing their presence with a full-scale attack on both the Enduro 1 and Enduro 2 categories, Yamaha is ready to hunt for glory in the FIM Enduro World Championship.

With the 2016 series kicking off in Agadir, Morocco, on April 9 the Miglio Yamaha Official Enduro 1 Team and Outsiders Yamaha Official Enduro 2 Team will look to restore Yamaha’s status as a dominant player in the prestigious EWC series.
Making a strong statement in 2015 on their official return to the Enduro World Championship, Yamaha are continuing to contest the Enduro 1 category with the Miglio Yamaha Official Enduro 1 Team. For 2016 the Italian-based squad have upped their game by enlisting the championship-winning services of Britain’s Jamie McCanney and Sweden’s Mikael Persson. Both riders have been working hard during the off-season, hopeful of challenging for Enduro 1 honours aboard their WR250F machinery.
With the brand-new WR450F machine already proving successful in early-season enduro racing, Outsiders Yamaha Official Enduro 2 Team riders Cristobal Guerrero (Spain) and Loic Larrieu (France) are eager to kick off their world championship seasons. Taking advantage of his vast experience in world-class enduro competition team manager Marc Bourgeois will also help re-establish Yamaha as a winning force in Enduro 2.
The opening round of the 2016 FIM Enduro World Championship takes place in Agadir, Morocco on April 09/10.
Miglio Yamaha Official Enduro 1 Team
Jamie McCanney  Yamaha WR250F
Mikael Persson  Yamaha WR250F
Team Manager: Massimo Max Migliorati
Outsiders Yamaha Official Enduro 2 Team
Loic Larrieu  Yamaha WR450F
Cristobal Guerrero  Yamaha WR450F
Team Manager: Marc Bourgeois
Jamie McCanney
“I’m very pleased to join the senior classes of the Enduro World Championship with Yamaha and I can’t wait for the season to begin. 2015 has been the best year of my career and I’m ready to raise the bar now in Enduro 1. The WR250F is an impressive bike and it’s a lot of fun to ride. It’s been a tough winter for me – I had three operations in January to fix old injuries and then took some time to heal up properly. Since I got back on the bike in February I’ve been working really hard to be 100% ready for the world championship opener in Morocco. I’ve spent time testing with my team in Italy and also got the chance to train in Belgium and Spain. Everyone has been working really hard this year and I know the competition will be tough in Enduro 1, but I can’t wait to get started.”