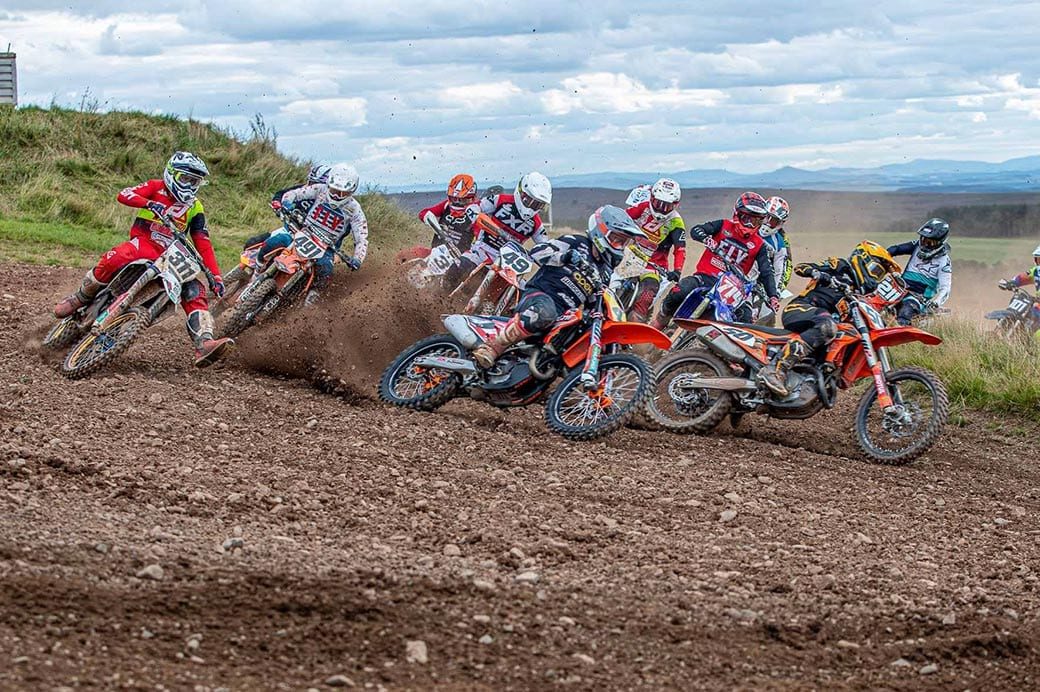 In only two seasons of running, ScotMX has successfully brought a buzz back into the Scottish Motocross scene with well-run events seeing healthily increasing competitor numbers at each round and a great atmosphere both on- and off-track.

ScotMX will now continue that momentum into 2021 with their third season of racing and have confirmed six rounds for this year’s official Scottish Motocross Championship.

The season will kick start on the weekend of March 27-28 at Tain, followed a month later on April 24-25 at Duns. Round three is the weekend bang in the middle of May and will be held at Lochgilphead.

The month of June will be skipped unless the championship needs to use it for a reserve fixture. The series returns to action in July with two rounds — July 10 for the Youth and a week later for the Adults, both at Doune.

The Penultimate round is hosted by Rhynie on August 14-16 before climaxing at the great Desertmartin circuit in Northern Ireland on September 4-5.

“Cookstown & District Motocross club are delighted that a round of the ScotMX Championship will come to our track at Desertmartin later this year,” said track director, Billy McKeown.

“2020 was a dismal year for our sport here and having this to look forward to in 2021 gives Motocross in Northern Ireland something to look forward to. There are a large number of riders from here who support this championship and this will give them a chance to race on home ground. Thank you to Stuart Flockhart and his team in choosing Desertmartin as a venue and we look forward to working with you all.

With hopefully a very busy schedule for competitors in 2021, the organisers understand riders may have various other commitments planned in their busy calendars, so for the 2021 ScotMX Championship, they will count your five best round scores out of six, allowing you to drop your worst round score if necessary.

“We have six great tracks booked for 2021 and I think we’re going to be in for another great year, possibly even bigger than it was last year,” exclaimed ScotMX Chairman Stuart Flockhart.

“Our riders stand a better chance of gaining their highest score by doing all of our six rounds of the series this year, however with the option of ‘the dropper’, this means competitors won’t be punished if they can’t make it to one of them. We can’t wait to get going again and will be opening up the website for our 2021 championship registration next week.”