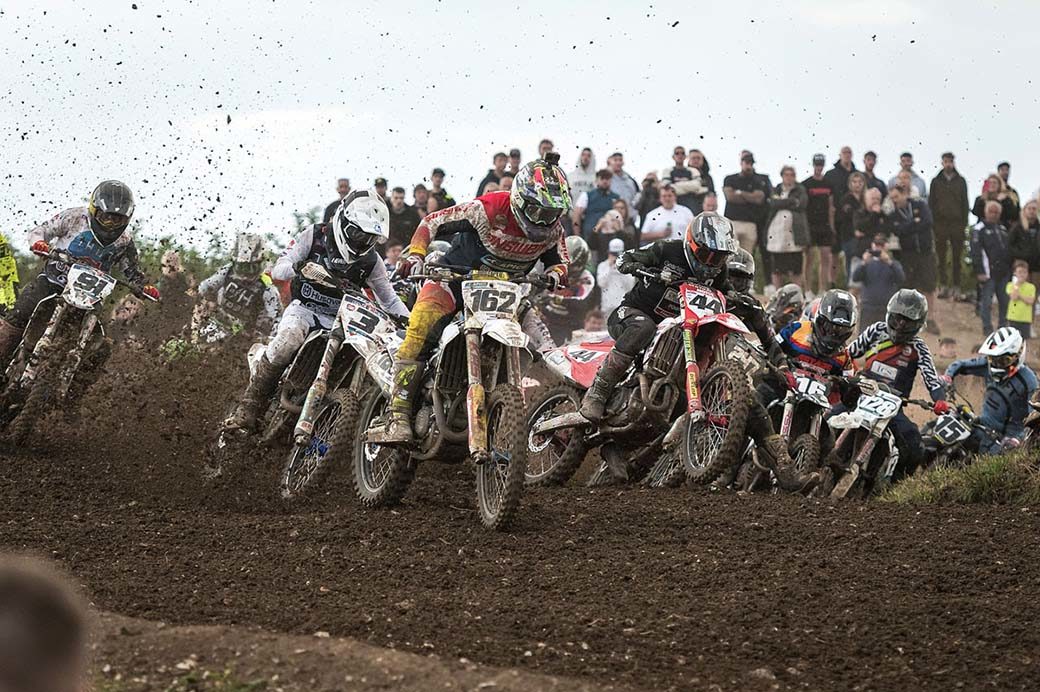 The 4 Nations MX Cup has been announced for the 2022 motocross season with the people at Steel Hawk Motorcycle Club bringing further innovation to dirt bike racing.

The club had a busy year after introducing the Helter Skelter Hillclimb and Airborne Gunner Summer Supercross but those successes have only spurred them on to create further fun for those of us that love dirt bikes.

Jeff Perrett and the rest of the team behind the midweek summer classic Rock it til Sundown have now cooked up another first for British motocross with the Hammer & Tongs Team Trophy event, which will incorporate yet another new concept, the 4 Nations MX Cup.

The aim is to give riders of all ages and abilities in the UK that Motocross of Nations vibe – Steel Hawk Motorcycle Club’s Jeff Perrett explains: “Right from the outset of starting Steel Hawk Motorcycle Club we spoke about having our own team event, but like everything we do, we try to do it a little differently to anyone else here in the UK, so we’ve come up with a two-day team event with a difference.

“We thought it would be cool if we got some current and ex-pros to go at it representing their country, so we’ll have Northern Ireland, Wales, Scotland and England all gunning for the glory of being the best of the home nations, which we think will be a lot of fun both at the event and in the lead-up.

“The 4 Nations MX Cup will be incorporated into the Hammer & Tongs Team Trophy which we wanted to roll out this year but due to Covid and the subsequent condensed calendar, we decided to push back a year to 2022.

“Like the 4 Nations MX Cup the concept for Hammer &Tongs is based around the MXoN, but for amateur and youth riders only.

“For most team events here at home the riders race for their regional club but we thought it would be better to put a team together with your closest mates. So for the Hammer & Tongs Team Trophy that’s what we’re going to do. Racers will be able to put their own team together, with their own name and their own colours and identity and really go to town on it.

“Design their graphics, their own race jerseys, even helmet designs. We want to try and replicate the excitement of the real MX of Nations, so we’ll have a ballot on Friday night for gate pick and do qualifying on Saturday with the points scoring races for the trophy on Sunday and we’ll also have individual class awards too.

“Right now we’re just finalising the finer details and schedule of the event and how it’s all going to work and will be releasing that information soon along with opening up the entries and announcing the venue.

“We’re excited for it because like I said, it’s been a plan of ours from day one and it’s a good way for us to sign off on our motocross events each year.

“We’ll also be announcing another new event real soon that will kick off our 2022 and finalising all of our events for next year. Like everyone else, we just hope that we don’t get another year of disruption and Covid can be kept in check so we can plan our year out and all enjoy doing what we love.”

When we get more information on the Steel Hawk Motorcycle Club events, we will update you here.