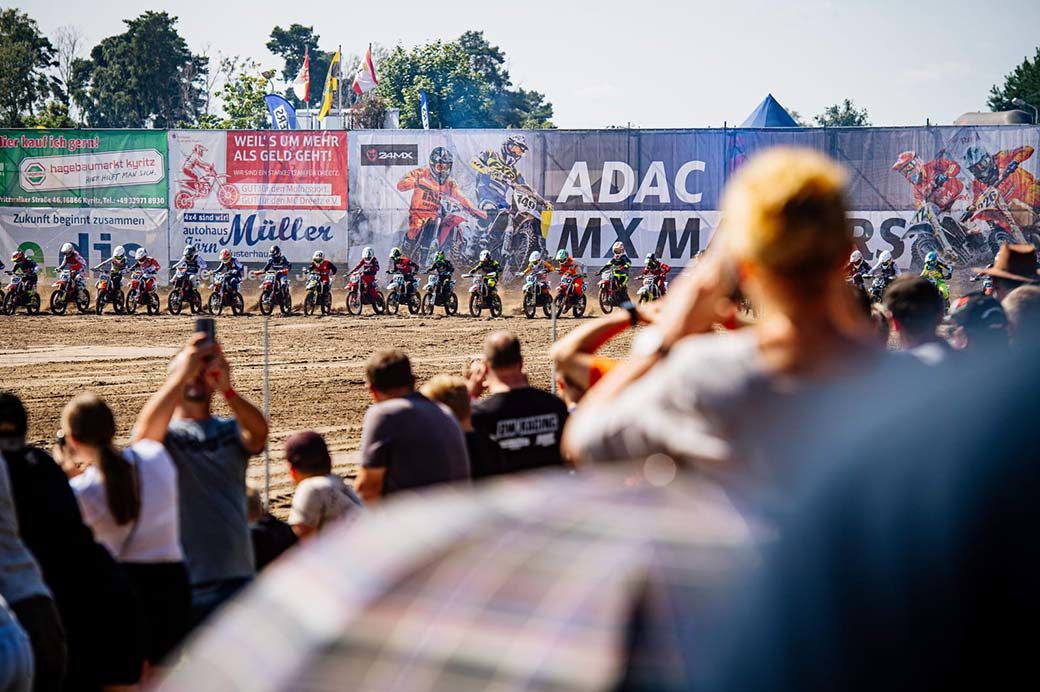 The ADAC MX Masters 2022 calendar begins in April with the traditional season opener at MSC Fürstlich Drehna, and the final round will be held at Schützenbühlring in Holzgerlingen on the weekend of September 10/11.

With eight events and three races for each class, participants and fans can look forward to plenty of action during the German national motocross series.

On May 21/22, the championship heads to Dreetz for only the second time and then on June 18/19, the paddock hops over the border with Möggers in Austria making a welcome return after two years of enforced absence.

It’s a busy month in July with three rounds scheduled, beginning with round four at Bielsteiner on July 2/3, followed by Tensfeld one week later on July 9/10. And after two difficult years, they are hoping for permission to allow spectators to return to the track. Gaildorf wraps up the month on July 30/31 before the championship takes August off.

Jauer enjoys the penultimate round on September 3/4, and then Schützenbühlring in Holzgerlingen closes out the eight-round German motocross championship.

Worry not if you can’t make it to Germany to watch; the organisers have retained a free live stream broadcast of the races for 2022.

While Jordi Tixier won the 2021 championship, over 5,000 fans enjoyed watching a home victory at the final round, with Max Nagl taking three race wins.