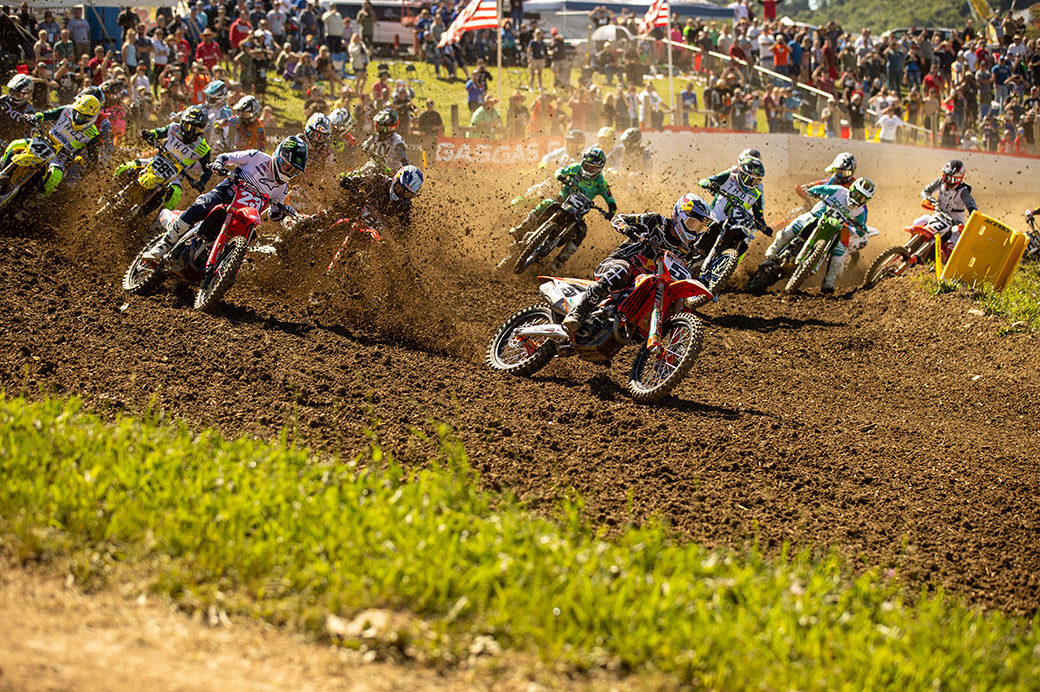 A new partnership agreement between MAVTV Motorsports Network and FloSports means a change in the way you watch the live-streaming of the Lucas Oil AMA Pro Motocross Championship.

This means current subscribers to MAVTV Plus, both monthly and yearly, will maintain their access to the service through July 26, which will showcase all the action from RedBud this weekend (July 2), the Southwick National (July 9), the Spring Creek National (July 16), and the Washougal National (July 23).

FloSports is offering current monthly MAVTV Plus subscribers (who do not already have a FloRacing account) a special limited-time discounted rate of $6.99 a month to sign up with FloRacing.

The special discounted rate is only available till midnight on September 3, 2022. MAVTV Plus subscribers should receive an email with further details.

MAVTV Plus said: “We are grateful for your patience with the MAVTV Plus streaming platform. Our goal has always been to bring you the best motorsports streaming coverage possible, which is why we are thrilled to announce a new partnership to do just that!”

“It’s been quite the journey thus far, but like with anything new you have to expect some growing pains,” said Davey Coombs, President, MX Sports Pro Racing.

“Our audience has certainly shown a tremendous amount of patience as we’ve worked alongside MAVTV to address the issues and concerns involving live streaming. We cannot thank them enough for their commitment and their willingness to be honest with us. With the new partnership and establishment of ‘MAVTV on FloRacing,’ MAVTV has helped provide the Lucas Oil Pro Motocross Championship with a new home for mobile viewing with a proven track record to showcase the rest of what has been a truly memorable 50th anniversary season. We sincerely hope our fans continue to lend their support, which is invaluable to the success of the championship, and understand this is the most effective solution for the series moving forward to ensure we’re servicing our viewers both here in the US and around the world.”

The partnership press release is below.

MAVTV Motorsports Network and FloSports today announced a new live-streaming partnership that will deliver MAVTV Plus live content to fans through FloRacing, FloSports’ dedicated motorsports platform. All live programming that previously aired on the MAVTV Plus app including the Lucas Oil Late Model Dirt Series, finals of the Chili Bowl Nationals presented by General Tire, Lucas Oil Pro Motocross Championship, and more will be now hosted by FloSports under the “MAVTV on FloRacing” banner. FloRacing and MAVTV Plus will begin co-streaming MAVTV Plus programming to their respective subscribers starting today through midnight on Tuesday, July 26. On July 27, MAVTV Plus programming will be exclusively streamed through FloRacing. MAVTV Motorsports Network programming will still be available through cable television and select digital outlets with FloSports becoming MAVTV Plus’ dedicated direct-to-consumer live-streaming platform.

The alignment of these two titans of motorsports represents one of the most significant industry partnerships between two companies with a shared mission of delivering quality live programming and original content to racing fans who are passionate about a wide spectrum of motorsports. MAVTV has established itself as a producer of outstanding high-quality motorsports productions with a valuable and diverse suite of live events popular with fans. FloRacing operates one of the industry’s leading OTT products that features some of the best in live racing programming and production, combined with a deep editorial coverage of the sport. This partnership will deliver a powerhouse product to fans of motorsports that will stream over 2,000 events annually at an incredible value of under 10 cents a race and just $150 annually. MAVTV Plus subscribers will now have access to the entire FloRacing catalog of events.

“We place enormous value on the fan experience; we want to give our customers the best viewing experience possible,” said Morgan Lucas, President of Lucas Oil. “MAVTV’s mission is to connect race fans to their favourite events – from anywhere. FloSports helps us deliver on that mission, giving subscribers the best support, technology, and access to the motorsports events they love. We are all-in and eager to build this partnership into the best motorsports streaming platform available.”

“We’re incredibly excited to welcome MAVTV viewers from across the globe to FloSports,” said Mark Floreani, CEO and Co-Founder, FloSports. “Our platform will give current MAVTV Plus users access to all of our live and on-demand events including motorsports and so much more. With the first live MAVTV on FloRacing event streaming today, we aim to create a seamless viewing experience and ensure not a minute of a live event is missed.”

MAVTV will contact MAVTV Plus subscribers with information about their accounts and instructions on how to access MAVTV on FloRacing to watch new, live MAVTV programming moving forward.

The partnership with MAVTV boosts FloRacing’s comprehensive live motorsports offering with additional 750 hours of programming annually and creates an elevated streaming and customer-centric experience for MAVTV Plus viewers around the world.

FloSports is a global, live sports event streaming service that gives subscribers access to over 200,000 sports competitions live or on-demand plus behind-the-scenes coverage and original programming for over 25 different sports. FloSports investment into grassroots motorsports is driving interest and growth of the sport with FloRacing increasingly being viewed as the leading destination for the sport. Since the partnership with Tony Stewart’s Eldora Speedway began in 2020, ticket sales at the track have consistently increased year over year. FloRacing’s broadcast of the Kyle Larson Presents FloRacing Late Model Challenge Powered By Tezos set viewership records while the 2022 Eldora Million became the most-watched single-day live sporting event in the history of FloSports. The company is currently in the middle of the second campaign of the popular FloRacing Night In America race series that has added over 10 new dirt track races annually and has paid out over $800,000 in prize money in 2021 and 2022 so far — increasing the annual earnings for drivers and delivering more ticket sales to tracks. FloSports also announced an exclusive broadcast partnership with NASCAR for its Roots properties including the ARCA Menards Series, NASCAR Whelen Modified Tour, NASCAR Pinty’s Series, and NASCAR Advance Auto Parts Weekly Series. FloRacing’s comprehensive offering includes, but is not limited to, USAC, All Star Circuit of Champions, Eldora Speedway, IRA Outlaw Sprints, Short Track Super Series, Chili Bowl Nationals presented by General Tire, Gateway Dirt Nationals and now over 280 NASCAR Roots races annually.

Fans can subscribe via FloRacing gaining access to over 2,000 races annually for $150 a year, a value equaling less than $0.10 per race. The subscription also unlocks premium FloRacing content including exclusive interviews, behind-the-scenes access with drivers, news, analysis as well as archived races and event highlights. Watch the races across all screens by downloading the FloSports app on iOS, Android, Apple TV, Roku, Amazon Fire and Chromecast.