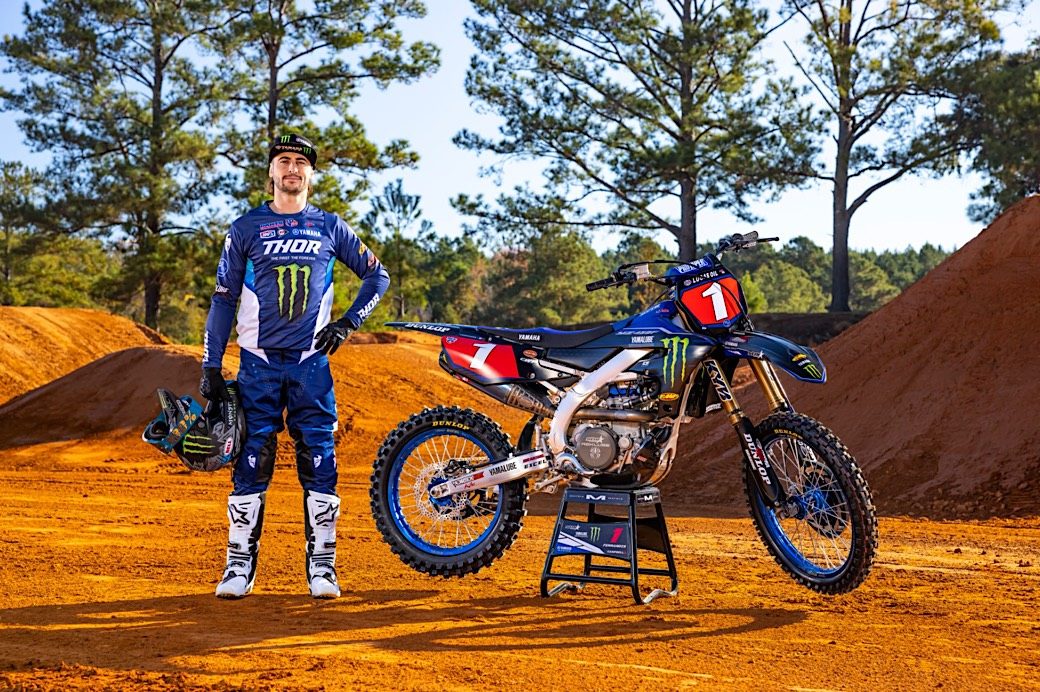 Monster Energy Yamaha Star Racing’s Dylan Ferrandis will miss the start of the Lucas Oil Pro Motocross season to undergo surgery on a ligament tear in his left thumb in order to return to full fitness at the earliest date.

Ferrandis was injured in a crash this past Tuesday while riding during the press day at Fox Raceway. The defending 450MX Champion was hoping to line up for the season opener, but after consultation with his doctors, the decision was made to have the surgery. An update on his return will follow at a later date.

Team manager Jeremy Coker: “I am extremely gutted for Dylan. He has worked so hard to be prepared for the Pro Motocross season. It is heartbreaking for both him and the team to have his title defence ripped away from him like this, but we know he will rebound even stronger and be ready to win races and championships.”

Dylan Ferrandis: “Unfortunately, I had a small crash Tuesday, and I hurt my left thumb. I thought it was a minor sprain, but the medical exam showed a broken ligament with the Stenner effect, which means it will never recover without surgery. I wanted to try to ride Saturday, but without surgery, in a few weeks, the ligament can die, and the damage can be irreversible. We decided with the team to go for the surgery now to have me back at my full physical capacity, but that means I will miss the beginning of the motocross season.

“Not being able to defend the championship that I won last year and put the #1 plate where it belongs, I am at the saddest point of my career. I’ve worked so hard and have invested everything to win this championship again, I have a broken heart for my sponsors and the people that help me; this sport is so ruthless.”