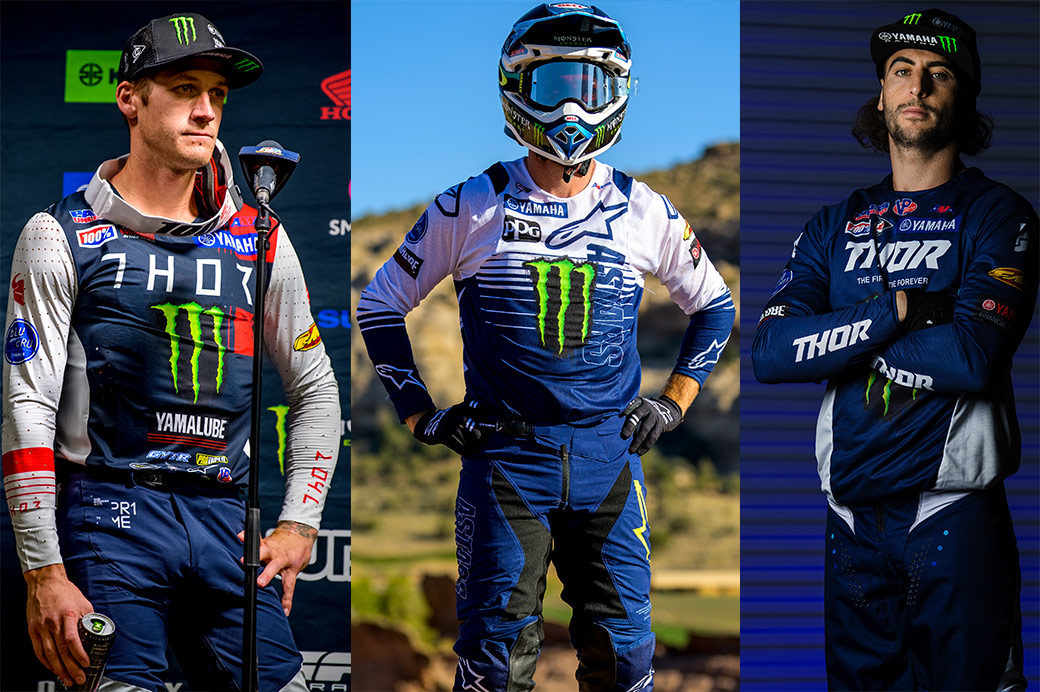 The trio brings championship expertise, with both Tomac and Craig coming off their respective 2022 Monster Energy Supercross Championships and Ferrandis sporting the #1 plate, ready to defend his 450MX title.

Reigning 450MX Champion Ferrandis has been on the mend from injuries he sustained during supercross, making him hungrier than ever to line up for the Pro Motocross Championship now that he’s back to 100 per cent. Last year, the Frenchman earned six overall wins during his debut season in the 450 class, and he is looking to add to that total in 2022.

Tomac enters the motocross season as a two-time 450SX supercross champion while also carrying an impressive three 450MX titles to his credit. He has 27 overall wins in the 450MX class and is looking to add to that total in 2022 as he carries momentum from his latest championship.

Last year was Craig’s first season aboard the Monster Energy Yamaha Star Racing YZ450F, and he collected several strong finishes. The newly crowned 250SX West Champion has the momentum in his favour, and Craig looks to improve on his fourth overall top finish from last season.

Team manager Jeremy Coker: “We’re coming off of a phenomenal supercross season, and we’re looking to keep that momentum rolling. The guys have been working hard, and we look to come out swinging and fight for wins and keep the number-one plate on our YZ450F.”

Dylan Ferrandis: “It’s a new season, so everything is reset. The biggest challenge ahead for me this year is to keep the #1 plate on my bike, but I feel ready.”

Eli Tomac: “I’m excited to get this motocross season underway! I’ve had a good time off to heal the knee, and the team has found a great motocross setting for the bike. I can’t wait to put it all to the test on Saturday!”

Christian Craig: “We’re coming off a good supercross season, so I’m looking to keep the good vibes going into the outdoors. I’m excited to be back on the 450 and battling with the best!”