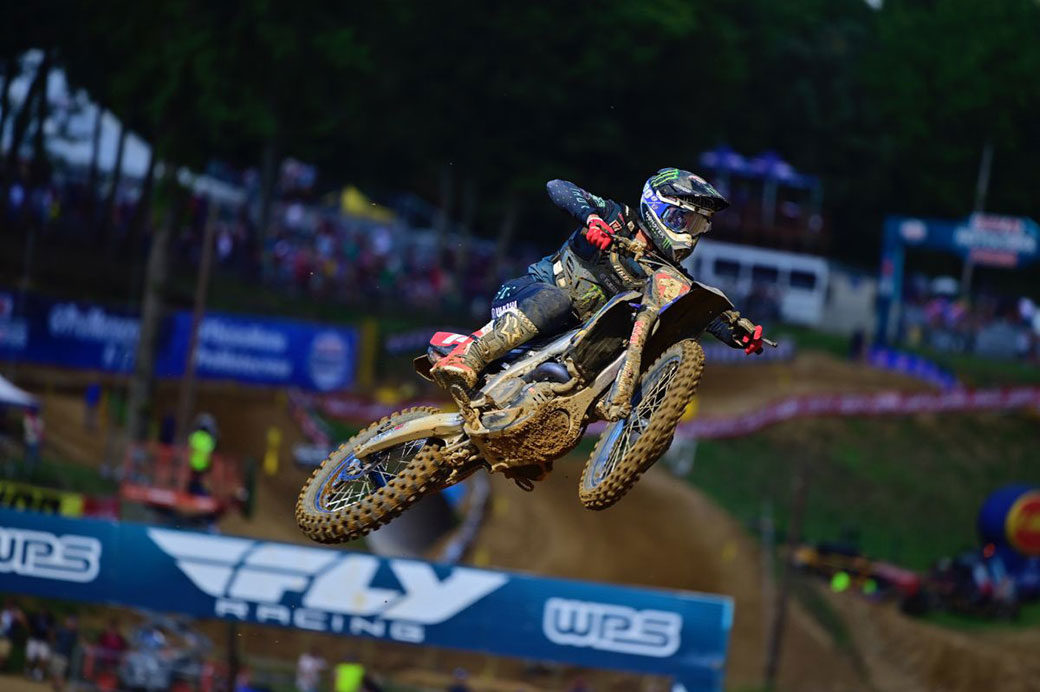 After crashing out of the first moto, Christian Craig rebounded to take an eighth-place finish in moto two. Still not 100 per cent after his big get-off last weekend, Aaron Plessinger made a valiant effort to race the ninth round of the championship in Mechanicsville, Maryland, but ultimately withdrew from the race after the halfway mark of moto one.

Ferrandis had a good start to the day, qualifying second. He did not get off of the gate as he hoped but quickly made his way into fifth on the first lap. On lap five, the points leader moved into fourth and then closed the gap to the final podium spot around the midway point, making the pass for third just before the start of lap 10. Trailing the leader by over 10 seconds, he put his head down and closed the gap on second, passing him right before the clock ran out. With three laps to go, the Frenchman kept charging and ate away at the five-second gap to bring his rival in sight, coming just .384 of a second shy of the win.

Fired up after that first moto, Ferrandis had a better start in third. After getting shuffled to fourth, the Frenchman quickly made his way back to third just before the finish line on lap two. He kept putting in some fast times and closed the gap to the frontrunners, but he wasn’t alone as the race tightened up and turned into a four-rider battle. On lap eight, he made another pass before the finish line to take the runner-up spot and set his sights on the leader. A few laps later, he had a couple of tries and then made the pass stick on his championship rival to claim the lead. Ferrandis built a gap and took the win to return to the top step of the podium with his fifth overall victory of the season. The two-one result also maintained his 39-point advantage in the title chase with three rounds remaining.

Craig’s first moto got off to a rough beginning. He didn’t get the start he was hoping for and then crashed on the second lap and ultimately was credited with 40th. The Californian rebounded in moto two with a better start and quickly made his way to eighth, where he would finish, ending the day 14th overall.

Plessinger tried to tough it out at Budds Creek despite not feeling 100 per cent after his big crash last weekend at Unadilla. He had a good qualifying effort in eighth and a decent start just outside of the top 10 in moto one. He worked his way up to seventh, but the punishing conditions had him dropping down the order before the halfway mark, and he ultimately withdrew from the event a few laps later.

Team Manager Jeremy Coker: “Budds Creek was a great day overall for Dylan. He rode hard in both races and got another win. Christian had a big crash in the first moto but rebounded strongly in the second moto. Unfortunately, Aaron was just too sore from that big crash last weekend to finish the day. We will work hard with him on therapy this week and try again. Christian and Dylan will keep working and look forward to a strong week of riding to prepare for Ironman.”

Dylan Ferrandis: “I didn’t have a good start in moto one. I had to push hard to come back to second and then managed to finish the moto close to the leader. It’s hard putting in so much effort and losing by a few 10ths, but it was a good moto. My start was way better in moto two, so I put myself in a better position and had some good battles. I really wanted that win. The bike was incredible, and the team is awesome – my teammates also – so it’s a really good environment for getting good results. I’m really happy with my day at Budds Creek.” 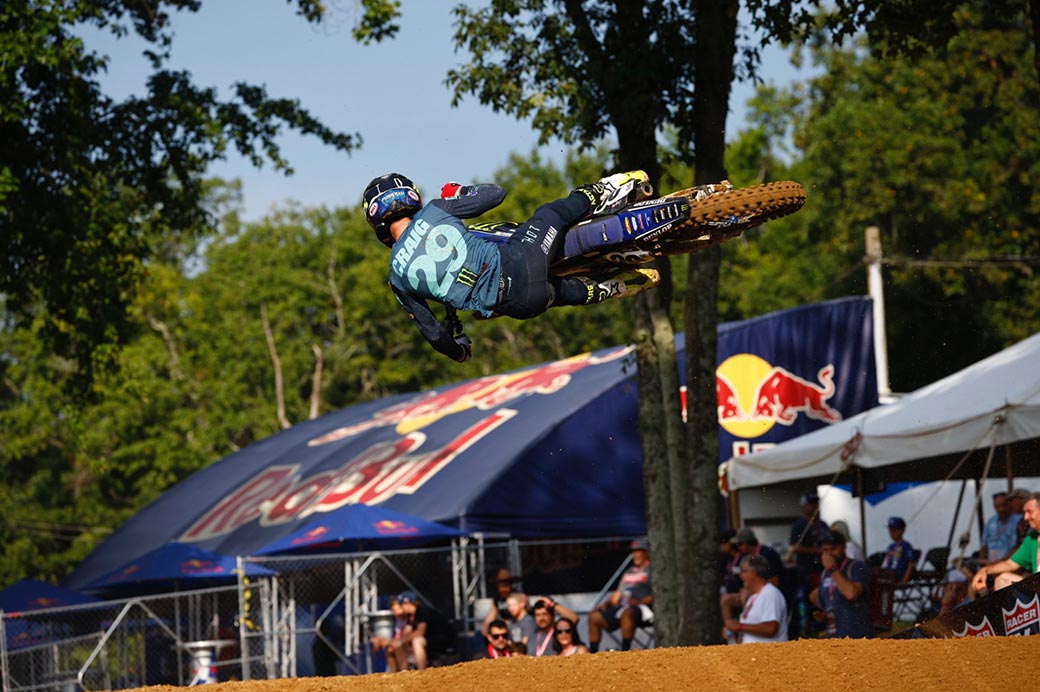 Christian Craig: “It was a pretty wild day at Budds Creek. Qualifying went well, and I was confident going into the motos. Unfortunately, I got a really bad start in moto one, and a few laps later had a big crash. I was pretty shaken up and unable to finish the moto, but I felt good enough to go out for moto two and was able to get some points and finish eighth. We’ll get back to work and look to finish out the season strong.” 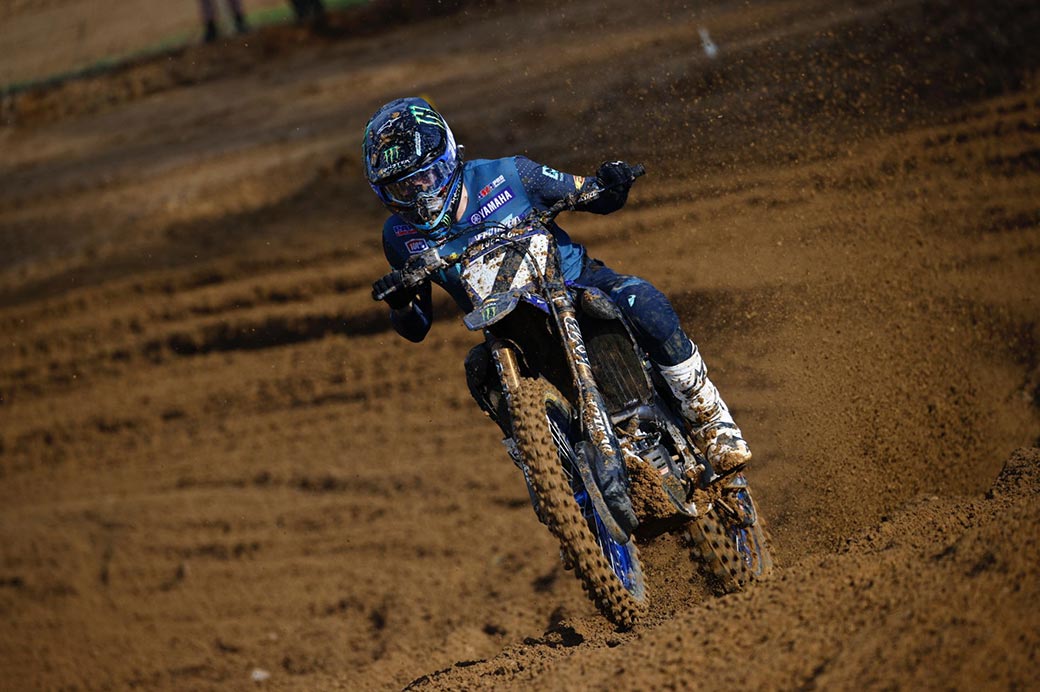 Aaron Plessinger: “We were going pretty good in qualifying and in that first moto. I really tried to grit my way through it today, but I was just too sore from last week’s big crash. We’re going to keep working on some therapy this week and will try again at Ironman.”

The Monster Energy Star Yamaha Racing team heads to Crawfordsville, Indiana, on August 28 for Round 10 of the Lucas Oil Pro Motocross Championship at the Ironman National.