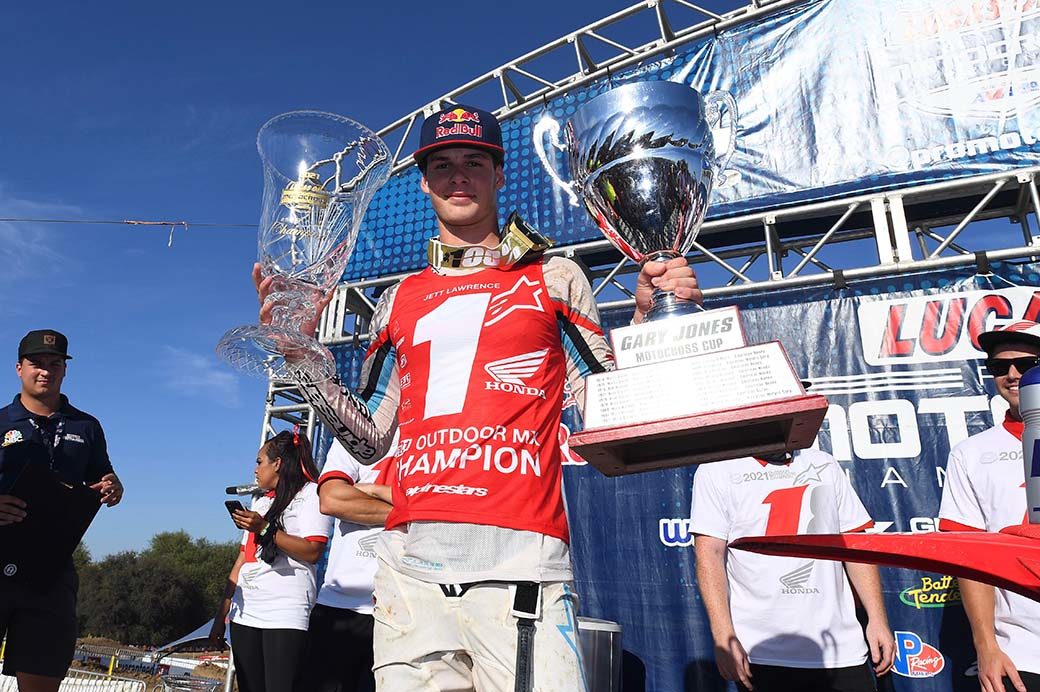 Campaigning a CRF250R in just his second full season as a pro, the 18-year-old Australian tallied eight moto wins and four overall victories across the series’ 12 rounds.

Older brother and teammate Hunter Lawrence finished third in the title chase, having taken two moto wins and one overall victory, making the Lawrences the only brothers to both finish an AMA Pro Motocross Championship in the top three. 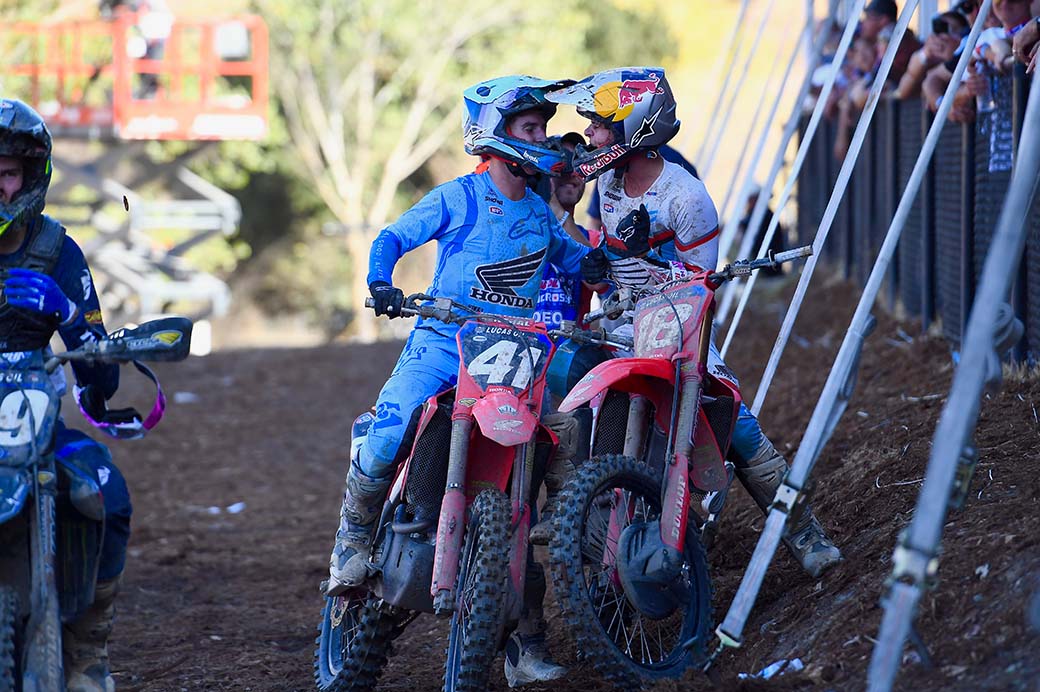 In addition, Jett is the first Australian to win the AMA Pro Motocross 250MX title.

Jett kicked off the series with an overall win at the opener in Pala, California, last May, then notched podium overall results at the next three rounds. The middle part of the season brought a comparative dip, though he was never worse than sixth overall, and round eight saw him back on top of the overall podium in New Berlin, New York. A second-overall result at round nine continued his late-season surge, with flawless one-one overall victories in Crawfordsville, Indiana, and at the second Pala round. 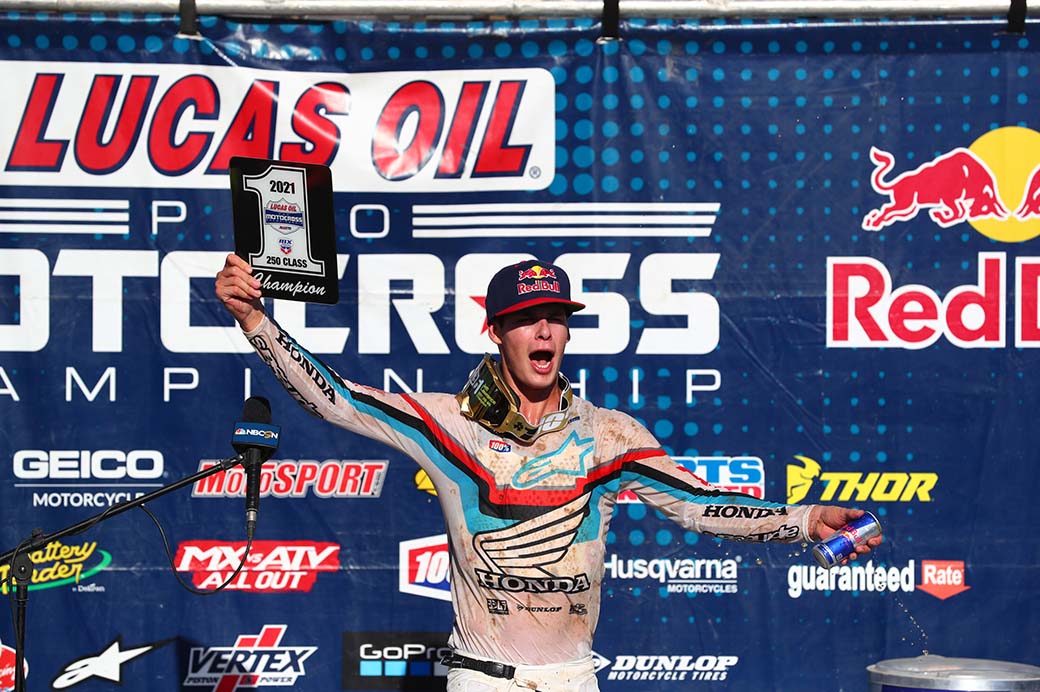 “Oh my goodness, it’s a good day in the end,” Jett Lawrence said. “I think that’s the worst I’ve ridden in a while, but I still got the title.

“It feels so great, as we’ve been working quite a while to get this.

“I’ve got to thank the whole crew for getting me here — my brother, my whole family, my manager and all of Honda and HRC.

“It’s awesome and we’re going to enjoy it for a little while, but then it will be back to the drawing board for next season to hopefully back it up.” 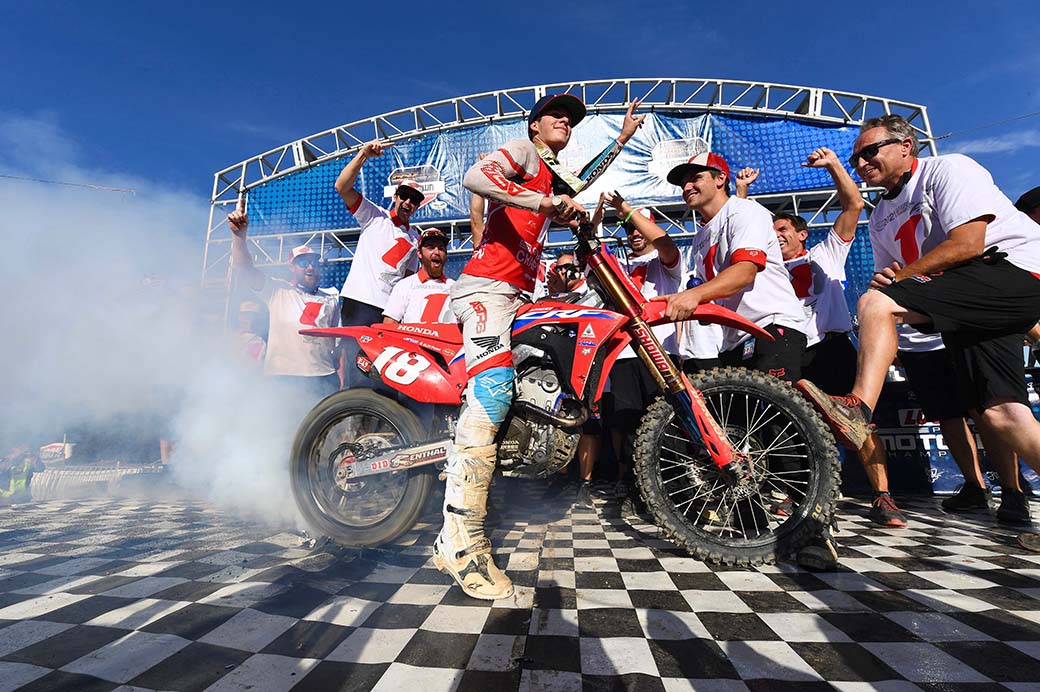 Natives of Landsborough, in Queensland, Australia, Jett and Hunter earned amateur success Down Under as youngsters. After dabbling in international racing (Jett earned the 2014 65cc World Championship in Belgium, at age 11), the Lawrence family moved to Europe full-time to pursue the brothers’ motocross dreams, with Jett getting his feet wet in the 2016 German ADAC series and 85 European Motocross Championship.

Two years later, he made the jump to the highly competitive 250 European Motocross Championship at age 14.

In 2019 the Lawrence family relocated to the U.S., where the brothers raced for the Honda-backed Factory Connection squad (Hunter as a pro and Jett initially as an amateur before turning 16 and making his pro debut midway through the AMA Pro Motocross series).

Last season saw him net his first overall victory at the final round and take the Marty Smith Rookie of the Year Award before he and Hunter advanced to the factory Team Honda HRC program for 2021. In his short time as a pro, Jett has already amassed a huge following of dedicated fans. 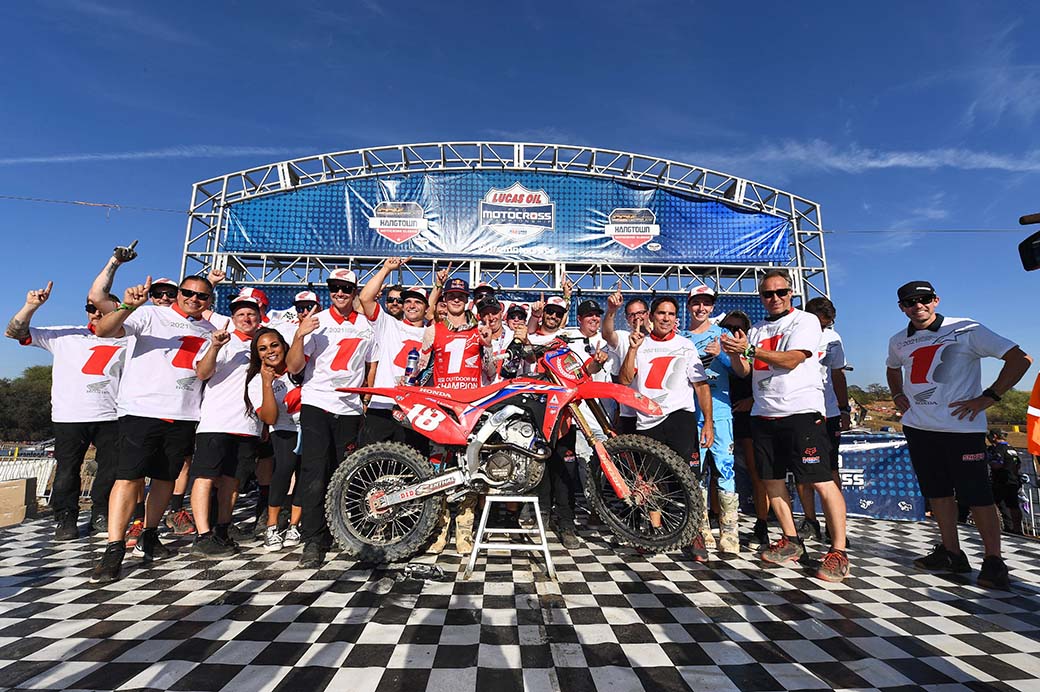 While this is Jett’s first AMA crown, he joins an elite list of Honda riders who have notched a total of 13 AMA Motocross National Championships in the 250MX division (previously for 125cc two-strokes); others include Marty Smith, Johnny O’Mara (now the Lawrence brothers’ trainer), Ron Lechien, Micky Dymond, George Holland, Mike Kiedrowski, Doug Henry, Steve Lamson, Trey Canard (now the Team Honda HRC test rider) and Eli Tomac. That said, the title is Honda’s first in the class since 2013.

“I’m so proud of Jett and the entire Honda team for this accomplishment,” said Brandon Wilson, Manager of Sports & Experiential at American Honda.

“Working with Jett and his family has been an absolute pleasure — obviously for his on-the-bike accomplishments, but also because they’re just good people.

“On behalf of everyone at American Honda and HRC, thank you, Jett, for putting Honda back on top in AMA Pro Motocross. We can’t wait to see what the future holds for you.”

After a short break, Jett and Team Honda HRC will turn their attention to developing the 2022 CRF250R in preparation for next year’s AMA Supercross series, which is scheduled to kick off January 8 in Anaheim, California.