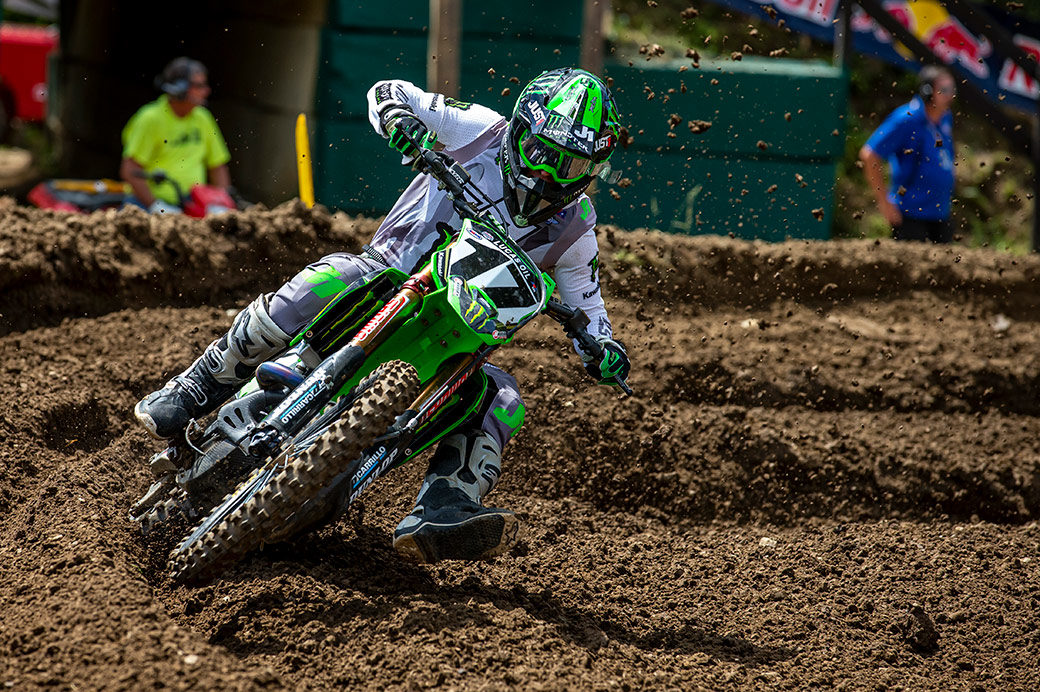 The Monster Energy Kawasaki racing team and Joey Savatgy have come to an agreement for the Team Green veteran to compete on a KX450SR alongside Jason Anderson in the 2022 AMA Pro Motocross Championship.

Savatgy rejoins Team Green after a two-year hiatus, building upon a successful four-year race-winning partnership aboard a KX250 with the Monster Energy/ProCircuit/Kawasaki team and a year of premier class competition with Monster Energy Kawasaki.

Savatgy will fill-in for Monster Energy Kawasaki rider Adam Cianciarulo until he is ready to return from a knee injury sustained earlier this season. With a proven history of 250cc Pro Motocross wins with Kawasaki, the team and Savatgy look forward to the #17 rider competing at the front of the pack alongside the #21 of Anderson.

“It’s a privilege to join the Monster Energy Kawasaki team for the upcoming Pro Motocross Championship,” said Savatgy. “I’ve had a lot of success with the team in the past and I’m eager to continue building on that in the coming months. We’re only a few weeks shy of the season opener so we will aim to progress as the season goes on, but I’m confident my familiarity with the bike and the team will help speed that process along. I’m optimistic about what we can achieve together this summer.”

The 2022 AMA Pro Motocross Championship is set to begin on Saturday, May 28th at Fox Raceway in Pala, California.