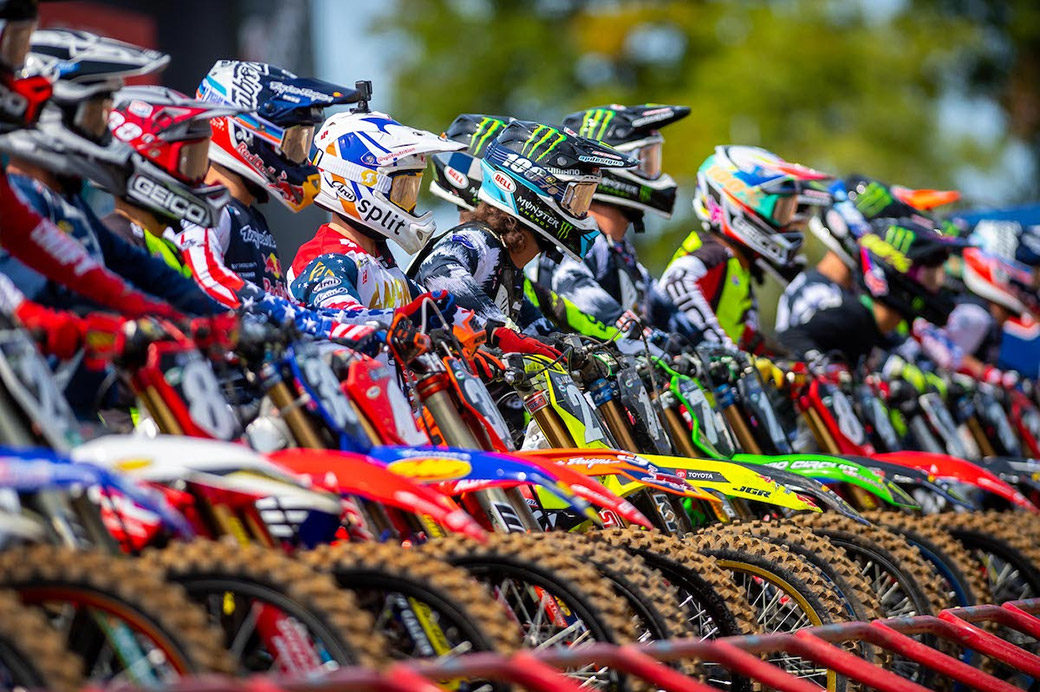 With a month remaining until the start of the 2021 Lucas Oil Pro Motocross Championship, sanctioned by AMA Pro Racing, MX Sports Pro Racing has announced a record sum of manufacturer contingency support for the upcoming season.

With the addition of American motocross’ seventh competing manufacturer, GASGAS, more than $8.3 million will be up for grabs for competitors over the course of the 12-round season.

“With a record amount of contingency support and the expansion of our field of competing manufacturers, it’s an exciting time in American motocross as we prepare for a new season,” said Davey Coombs, Vice President of MX Sports Pro Racing. “In the face of an extremely challenging past year our manufacturers have doubled down on their commitment to the sport, which will only serve to benefit the hundreds of competitors that will line up on the gate this summer. 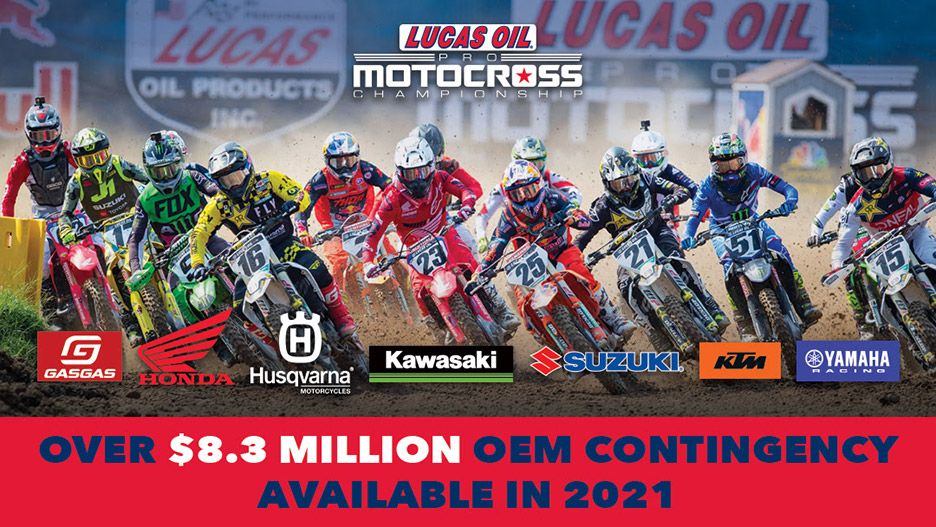 Manufacturers play arguably the most important role in elevating the global impact of not only our championship, but off-road motorcycling as a whole, and they continue to serve as invaluable partners in the ongoing legacy of American motocross.”

The 2021 Lucas Oil Pro Motocross Championship is anchored by the factory-supported efforts of GASGAS, Honda, Husqvarna, Kawasaki, KTM, Suzuki and Yamaha. For GASGAS, the Spanish manufacturer that became an icon in motorcycle trials competition, its historic series debut will be spearheaded by the Troy Lee Designs/Red Bull/GASGAS lineup of Justin Barcia in the 450 Class, along with Pierce Brown and Michael Mosiman in the 250 Class. GASGAS will become the 27th different manufacturer to contest the world’s most prestigious off-road motorcycle racing series.

The 2021 Lucas Oil Pro Motocross Championship will once again consist of a 12-round schedule, beginning on Memorial Day Weekend with the season-opening Fox Raceway 1 National on May 29 from Southern California’s Fox Raceway. The summer season will bring the world’s best riders to 10 different states, including returns to many of American motocross’ most iconic venues, concluding on September 11 with the sport’s oldest event, the Hangtown Motocross Classic in Sacramento, California.